2AM's Aly Moffat wanted this High Five to be from the hip, authentic and 100% without any other motivation - you get the idea... 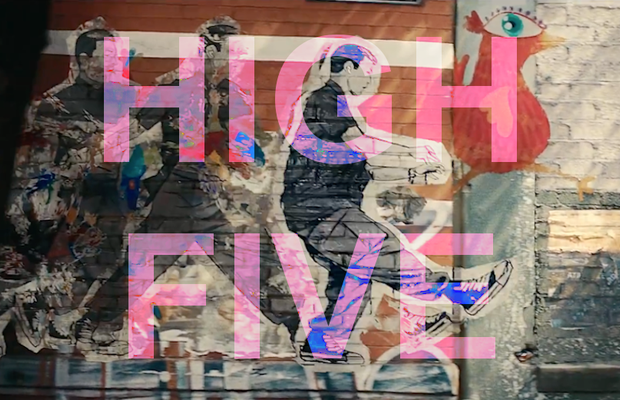 Aly Moffat is executive producer at London production company, 2AM. With over 30 years’ experience in the industry, she is still very much a creative hands-on producer, and it is this creativity alongside nurturing 2AM's new and existing talent that has really kept her going over the years. More than anything, she wanted this High Five to be from the hip, authentic and 100% without any other motivation, so as someone who has experienced cancer first hand, this just had to go in…

Macmillan – ‘Whatever It Takes’

Agency: AMV BBDO
Production: Iconoclast
Editorial: STITCH
VFX / Post: MPC
Sound: 750MPH
Every now and again, an ad comes along that stops me in my tracks and this is definitely one of those. Macmillan is an incredible charity, the work that it does to support cancer patients is vital, and with the added disruption of Covid-19, the charity needs our support now more than ever. This film is so poignant, so beautifully executed, the performances, the cinematography, the soundtrack, the editing - everything is on point and for anyone who has had even a small glimpse into the world of living with cancer I know this film will resonate. Bravo to Jonathan Alric and the team at AMV BBDO for bringing it to our screens.

Agency: TBWA/Media Arts Lab, Los Angeles
Production: Imperial Woodpecker / Rogue Films
Music: Young Franco - 'Fallin' Apart' (feat. Denzel Curry and Pell)
I’m bending the rules slightly for this one as I think it’s worth it, and although this film was made for the USA market, it is directed by a UK director so...Apple Air Pods advertising consistently sets the bar high and this latest film by maestro Sam Brown is no exception. I really love the effortless feel to this spot especially when, as a producer, I know the gargantuan effort and skill it takes to craft a film as slick and engaging as this one. I’ve watched it several times over now and it’s lost none of its magic. It has such a joyful and uplifting summer vibe (not long now folks), and instantly made me think of one of my favourite promos for DJ Fresh, 'Golddust'...now where’s my skipping rope!?

Agency: Lucky Generals
Director / Production: Nick Jay, HunkyDory
I came across this short film promoting the work of Steel Warriors at the end of last week and went to straight to their website after watching it, which in itself is a pretty good endorsement. The concept behind the charity project is a simple but very powerful one, Steel Warriors melts down knives taken off the streets and recycles the steel into outdoor street gyms (they currently have three in London). They use street workout to transform the lives of young people affected by crime, violence and social exclusion, giving them the skills and confidence to create positive futures. Director Nick Jay’s film skilfully champions this project. It has a raw energy, super cool visuals and a pumping soundtrack, which will hopefully appeal not just to potential donors but to the young audience who might want to access the scheme.

Libresse / Bodyform has been singlehandedly changing the narrative around periods for several years now. Every film they make is an education and delves a little deeper into what only a few years ago would have been referred to as ‘women’s troubles’. For me, #wombstories was without doubt one of the standout commercials of 2020. Their latest instalment #painstories is all about period pain, and in particular the very debilitating condition endometriosis which one in 10 women suffer with. With a huge amount of misinformation and bias surrounding menstrual pain, it’s an important topic to highlight and as always AMV BBDO have done it in a brilliant and taboo breaking way collaborating with artists and creators to create an online resource to educate, inform and empower. It’s a far cry from roller skating in white skinny jeans.

Agency: BBC Creative
Production: Object & Animal
Editorial: The Assembly Rooms
VFX / Post: Black Kite Studios
Ru Paul's Drag Race (UK & USA) has been a lockdown favourite in our household, it’s pretty much the only TV we’ve found that appeals to our 12-51 year old demographic. For the last 10 weeks, Thursday evening has officially been Drag Race UK night and I love this promo for season two. The season finale last week was much-watch TV, it’s been a journey babes, but when this film was first aired we hadn’t even met our Queens. It is a joy to watch Quinn Wilson’s film back now and see how far they’ve come, a crazy brilliant introduction to them and the world of Drag Race #teambimini

Aly Moffat Takes on Managing Director Role at 2AM