Creative director at Serviceplan Middle East, Saleh El Ghatit - aka Sal - shares the top five recent ads that caught his attention from the work coming out of the UAE 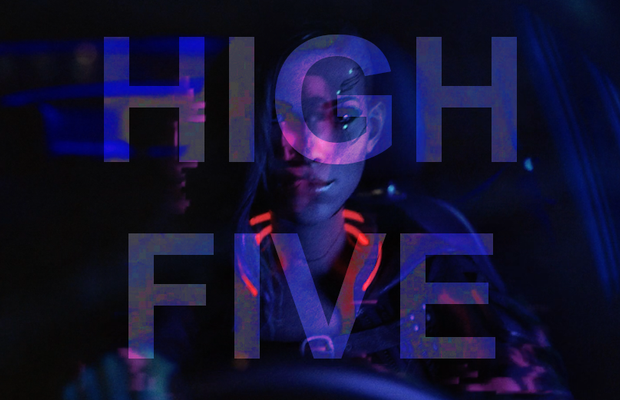 I picked these five campaigns because they stand out in terms of great design and unique content, or they capture the zeitgeist of cultural shifts in the region, such as increased gender parity and a move towards a more inclusive society...

Agencies: Serviceplan Germany x Serviceplan Middle East
Less is more, literally - I’m a sucker for simplicity and minimal design. It’s always the campaigns that seem simple which are the hardest to create. Also the ones I wish I came up with, so big-ups to my colleagues at Serviceplan. What captured my attention was the flawless execution between the integration of the logo and the features that are being highlighted. If someone were to ask me about my opinion, I’d say: “Folding wing mirrors with auto-dimming” was my favourite of the bunch, how soothing.

Samsung - 'An Epic Film. Every Moment.'

Agency: Leo Burnett Dubai
Samsung launched the S21 using Egypt’s most beloved celebrities, Ahmed Helmy and Mona Zaki. Same script, different genres. It must have been a blast shooting and editing it. What I like the most is not letting the celebrities do all the heavy lifting for the idea, also the celebrities not taking themselves too seriously because it’s a commercial; they played the part and embraced the concept. More of that from beloved celebrities will always be welcomed by viewers!

Agency: TBWA/RAAD
A bit of context for those who haven’t been to Lebanon: it is a common sight to see army personnel dressed in camo around the city, and with what’s been happening in the last few years, there were many touching interactions between them and the people. This idea shed light on a different side to all that’s been happening. And using good design to bring out a side of peace, love and unity was the cherry on top.

Agency: Havas Dubai
I love seeing inclusive swimwear collection make its way into mainstream sports apparel. For a long time, many women were not able to enjoy the quality of swimwear fabrics that others enjoyed, and instead they had to resort to fabrics that were not technically superior in water and reduced their ability to swim. Now the playing field is levelled. This installation allowed those who champion the swimwear to take a leap of faith into the what’s claimed to be first-ever swimmable billboard. I’ve seen many billboards, but I think this is one to save under the 'Cool Billboards' folder.

Agency: Cheil Wordwide
Everyone wants in on gaming, but this isn’t why I included this spot. What I like is who it’s representing on screen. As the landscape shifts, we’ll see more things that were once considered impossible, become possible. Context for non-regional viewers; casting a female as the face of an automotive campaign - moreover a female who is a gamer - shows that there is a new voice to the consumer and a new voice to the driver. This couldn’t have existed five years ago, and I think it’s just the beginning. We’ll start to see a more truthful and diverse representation of the region and who the consumers really are, and I can’t wait.

Bossing It: Natalie Shardan on the Importance of Clarity and Culture

BMW Takes a Journey to the Moon for Cinematic Ramadan Campaign