From stuffing sneakers with bread to admitting you're a brown-noser, Agnes Uggla, copywriter at Forsman & Bodenfors, shares five Swedish projects that have hit the spot in recent months 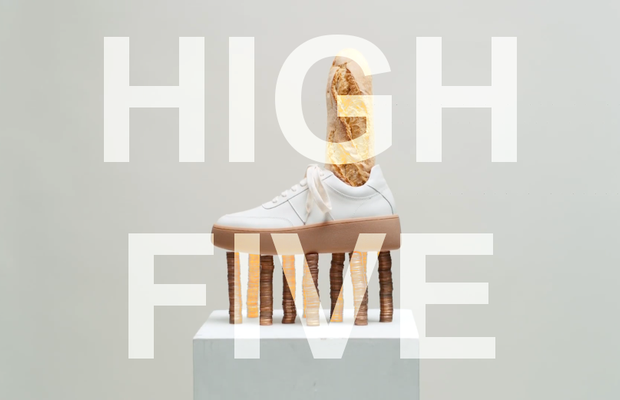 I work as a copywriter at Forsman & Bodenfors where I usually divide my time between fashion, telecom and ice cream - everything you’d wish for in a workday, basically. I've picked out five different pieces that make me feel some type of way. Because to me, that’s what advertising should do...

Singular Society - 'What If?'

Agency: Forsman & Bodenfors
Production: Bruto Studio
Editorial: WGT Artist Management
Grading: Mud Studios
Sound: PLOP
Singular Society is a fairly new subscription-based lifestyle brand where you pay a monthly fee to buy high-quality products at the price of what they cost to make. This is its first piece of advertising and I think it’s nothing short of stunning. The film has no charismatic people, no relatable situations - just the products in unconventional settings. A sneaker stuffed with bread, a weekend bag with a balloon animal, a cleaning glove flipping us off...the usual. If anything, this proves that you don’t need to portray the lives of your customers to get them excited. You need to be exciting. And this excites me.

Agency & Production: Acne
I can’t think of a show better suited for educating young people about breast cancer than 'Sex Education'. It’s not easy to stay on the right side of funny when approaching a subject as sensitive and important as cancer. But they did. 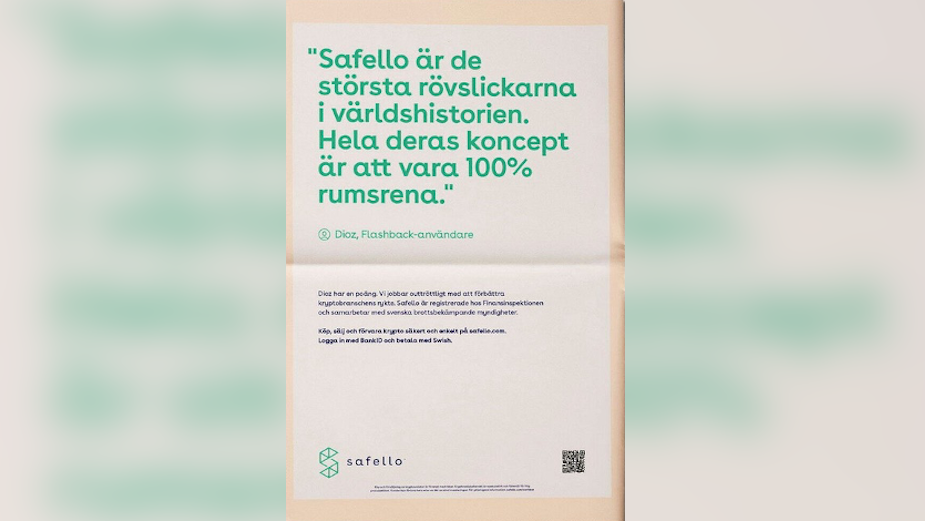 Safello is a Swedish fintech company who wants to bring cryptocurrencies to the masses. To do that, they decided to position themselves as the boring broker. Because boring is safe. In this print campaign, they are using comments from the Swedish equivalent of reddit, bashing them as the most boring company out there. With headlines like “Safello are the biggest brown-nosers in the history of time. Their entire concept is to be 100% wholesome”, they get my attention. They’re like “Hell yeah we’re brown-nosers!”, and I’m like “You do you, boo!”

Agency: In-house at Hedvig
It’s always refreshing when brands don’t take themselves - or the world - too seriously. Especially in a goody two-shoes category like insurance. What I find most impressive is that they managed to take such a worn-out concept like ‘live your life to the fullest’ and somehow make it sound cool. I suddenly want to get a bike just to have it get stolen.

Agency: Nord DDB
McDonald's Sweden is launching their new burger, 'Premium Beef'. As the name suggests, it’s their most premium burger to date, and so naturally it should be portrayed as something straight outta goddamn 'Chef’s Table'. If any other restaurant (does McDonald's really pass as one!?) would have done this, I might not have enjoyed it as much. But the fact that it is McDonald's - the absolute contradiction to any Guide Michelin restaurant - just makes it pretty fun. Being a 'Chef’s Table' fan myself, I also find it surprisingly hard not to get excited when I hear that soundtrack.