Directors rep at Robot, Callan Paul, spotlights fresh talent with her favourite five projects to come out of South Africa in recent months... 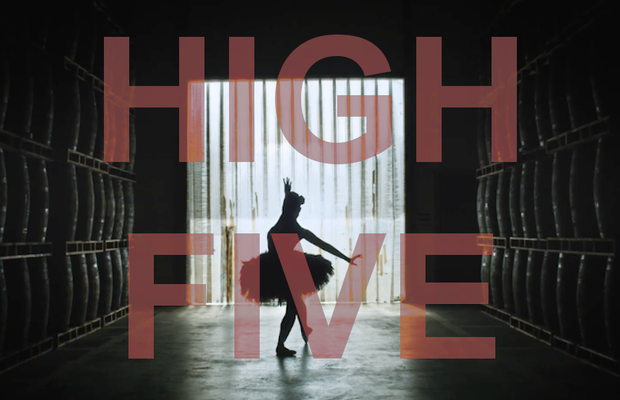 I was thinking, for our Robot High Five, we would spotlight creatives in South Africa doing amazing things - with music, design and art departments, empowerment and pushing craft through content and above the line media. We are proud to associate ourselves with most of the below talent in some way or another, but also to recognise talent amongst other individuals who freelance or are associated with other production companies. With that said, here are my top five projects to come out of South Africa in recent months...

Agency: Viacom
Production: Robot
Director: Zandi Tisani
This was a one-week turnaround job by Zandi and the team at Robot. A cumulative collection of South African talent - from dancers, musicians and crew - brought this job to life. Zandi is an absolute firecracker. Her performance work and women-centric content is edgy, while still being as funny and fashionable as anything. Zandi is one to put in front of and behind the camera. Africa Day for Youtube is long, but that's ok. Because it's good.

Agency: Grey New York
Production: Romance Films
Art Department: Sabrina Linder
Sabrina Linder is an incredibly talented wardrobe and art department head. She is young, driven and a close friend of Robot. During December last year, she started telling us about the spaceship she was building, and it is amazing to see it come to life, as well as featured in a Super Bowl ad. She is our first option in the art department as she can literally make anything happen.

NOWNESS - 'The Dream That Refused Me'

Production: Romance Films
Director: Jabu Newman
Post Production: Monstrum
VFX: Iconic Agency
I first met Jabu at a treatment presentation in my earlier days of advertising. Immense talent and creativity exuded from this interesting creative. Her South African narrative on a global client had us all captivated. A few years later, she is creating emotive storytelling visuals such as those in 'The Dream That Refused Me'. It's split across four aesthetically distinct chapters that ties together myths, attitudes and rituals from across Africa. Powerful and emotionally stirring, a Xhosa poem narrated by Siyabonga Jim draws a narrative between the ancestral spectres and incandescent landscapes created by collage artist, Zas Ieluhee.

Production: Carbon Films
Director: Mzonke Maloney
This piece for me is beautiful, as I love ballet. Kanye's 'Runaway' is my favourite music video (it's a classic) and this one is a beautiful collaboration of power and delicateness. Mzonke Maloney is a writer and director based in Cape Town. His work places a particular focus on strong character-centric storytelling and interrogates new South African narrative-making in authentic and challenging ways. A prominent part of an emerging new wave of South African filmmakers, Mzonke continues to develop a unique and distinct voice that reflects a genuine love for the craft and cinema.

Agency: King James Group Cape Town
Production: Giant Films
Director: Paul Ward
As a friend of Paul, I have watched him go from club photographer to influencer to full on cinematographic director. This piece talks to young talent in a way that is so beautifully crafted and visually emotive. I cried when I watched it. I didn't know Caitlin and Paul very well, but I felt proud for them. This film pushes boundaries and got the recognition it deserved. Well done!