Andi Olbés, creative director at BBDO Guerrero, delves into five recent ads from the Philippines that demonstrate the country's shift to humour 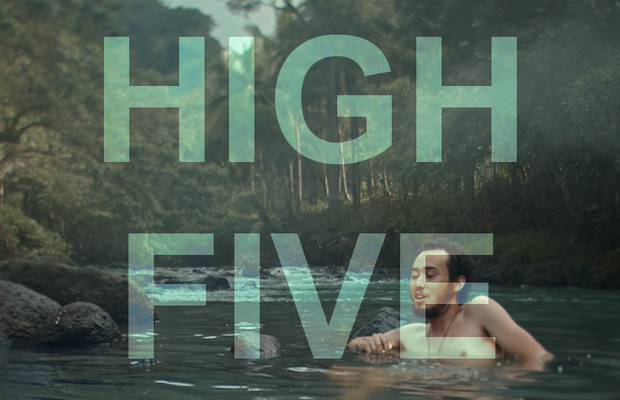 Andi Olbés is very excited by the prospect of not having to speak about herself in third person. It’s an opportunity I have no plans on squandering with inane details. Instead, let’s cut to the chase...I’m a Manila-based creative director at BBDO Guerrero. I’ve worked with some megawatt brands: Mountain Dew, Mars, Unilever and Department of Tourism Philippines to name a few. I’m partial to work that’s born from strong local insights and infallible human truths. After all, a good story is always relatable. I’m a firm believer that laughter isn’t just the best medicine, it’s the best closer. Witty playful ads always excite me, especially when paired with original craftsmanship. With the Philippine advertising industry making a clear shift towards more comedic themes, I’m thrilled that, at the very least, the future looks funny.

Agency: GIGIL
Translation:
“Everything okay, son?"
“Dad?”
“Dad, it’s me! Chili’s son!"
“Dad, this is me! Herb & Garlic’s son!"
“Dad, it’s me! Sweet & Creamy’s son!"
"Mommy, who are they?"
“Danes!”
“Uh, I don’t know them, babe! Son, let’s go!"
"Babe please, this is an ad, not a soap opera."
“Don’t touch me!”
Dry, deadpan, witty. In the last year or so, Danes Cheese has carved itself a place as one of the country’s most iconic funny brands. This spot is the follow up to a series of films released earlier in 2020 that marked a pivotal shift in the style of humour most of the country’s ads had been employing thus far. From the clunky mascot costumes and awkward exchanges, to the poignant pauses for comedic effect - the entire spot serves up an otherwise boring ‘new flavours available’ brief like a scene out of ‘Napoleon Dynamite’.

Agency: BBDO Guerrero
This one is really refreshing and homegrown. It’s a favourite of mine because of its use of existing everyday tech to solve a problem in such a simple and ingenious way. How do we help stir-crazy kids understand why they need to stay home? Vibrant, animated, GIF-crafted fairytales - that’s how. Facebook’s ‘GIF Learning Library’ showed real creativity in such a charmingly playful way that I wouldn’t bet against adults tuning in to get the childlike scoop on the ‘new normal’.

Agency: Wunderman Thompson Philippines
This spot gave me serious ‘Once Upon a Time In Hollywood’ vibes - if it starred two Philippine stand-up comics and Tarantino was trying to sell you insurance. ‘Imagine’ follows a day in the life of two obviously seasoned, yet hopeful stuntmen. The film allows the audience to listen in on their grand designs in the case of a seemingly impossible future - if they become millionaires. The dialogue is hilarious and oh-so-relatable for many Filipinos living out the exact same daydream we know so well: ‘What if I was rich?’

Agency: GIGIL
This spot is just sheer hilarity in concept. A brain fart, mostly likely. Pun intended. I have to applaud the agency, GIGIL - who is known to push the envelope of comedic styling in the country - for constantly leaving us creatives wondering: "How the heck did they get the client to approve this?” Jokes aside, the film uses a well-crafted mockumentary style to serve up the simple truth that methane is bad for the environment, taken to hilarious extremes.

Agency: Propel Manila
This series of work caught my eye because it felt very local and very fun, but most importantly, genuine. It isn’t an easy feat considering the media mayhem that is Pride month, when so many brands can simply be affecting solidarity to jump on the trend. ‘Retold with Pride’ puts a dazzling LGBTQ+ spin on literary classics, from international masterpieces to the local tales all of us Filipinos have come to know. Each tale comes with its own new cover. Between the witty new titles and the bold designs that blend classical styles with contemporary LGBTQ+ culture, there is much to take pride in.