Lisa Fedyszyn, executive creative director at Special Group New Zealand, opens up on five Kiwi ads that have all made a big impact with a small budget 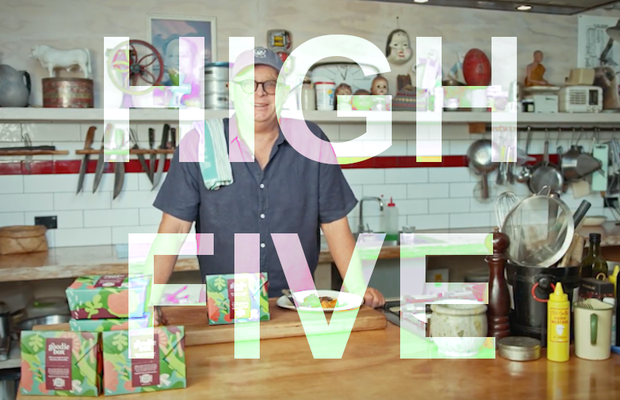 The work that stood out for me was work made on a budget that makes a big difference - because the messages are so important. These ideas increased my knowledge on the topics or had me view them in new or different ways; from changing the way we view parenthood in the workplace, to understanding the signs of a life-threatening disease, or paying to take home your own food to make sure everybody eats dinner in New Zealand. We’re in a market where budgets are never that big, so I’d like to think we’re a nation and industry of thinkers and doers that find unique insights or solutions to reach our targets in unique ways.

Agency: Saatchi & Saatchi NZ
Production: Passion Pictures
Who would’ve thought that bringing to life gender discrimination in the workplace could be this adorable? The animation is great, and far more effective and memorable than if it had been done with actors. It’s a clever way to talk about not-so-cute issues as the New Zealand gender wage gap is growing at 12.5%. Did you know that we’re all way down at 39th out of 41 wealthy countries in the OECD and European Union for paid parental leave? I didn’t. This campaign lead me to dig up these stats. See, it’s working!

Agency: TBWA\New Zealand
Production: Assembly
We have very little ozone layer and a high level of melanoma here in New Zealand, so I found this to be a beautifully visually simple way to demonstrate how a melanoma behaves, changes and is often hard to spot. It’s a clever use of media, brand partnerships and design as it interrupts and takes over billboards, banner ads and more like it would in real life - with the full stop growing, changing and reacting to the UV. But I really love the level of detail that designers (or anyone that downloads the font) will be able to interact with - the different 'weights' of type face - firm, growing, evolving.

Agency: Special Group Auckland
Production: The Post Office
Music: Franklin Road
To help New Zealand raise awareness of and raise money for Motor Neurone Disease, a man living with the debilitating, incurable illness sold all the items in his life as they one by one became unusable to him. A shopping channel was launched, called 'David’s Unusables', and New Zealand’s infomercial queen, Suzanne Paul, helped sell David’s now-unusable possessions. At the online store, you could read the heart-breaking connections David had to each item and bid to raise money for the care people like David so badly need.

Agency, Production & Post: DDB New Zealand
I eat everything on my plate (it’s a habit I still haven’t forgiven my parents for), but if I was to take a doggie bag home, I would do it with the Goodie Box. So it really does pass the 'would I do this?' test. And the Goodie Box is getting diners to pay for an action they already do as a way to address food poverty and waste to make sure everybody eats.

Karangahape Road - 'Be Our Guest'

Agency & Production: Motion Sickness
Like any good destination campaign, 'Be Our Guest' actually takes me to Karangahape Road. For those of you not in New Zealand, Karangahape Road is an iconic strip that has something for everyone. It’s a raw, colourful, unpretentious, no frills, diverse, eventful, energetic precinct - and as one of these posters shows you, perfect if being in a music venue’s toilet is where you want to be. Ideal media placement for this anti-tourism campaign that will take more people to K Road for all the right and wrong reasons.