Damian Hanley, creative director at In the Company of Huskies shares a selection of powerful and elegant ads to recently emerge from Dublin’s creative scene 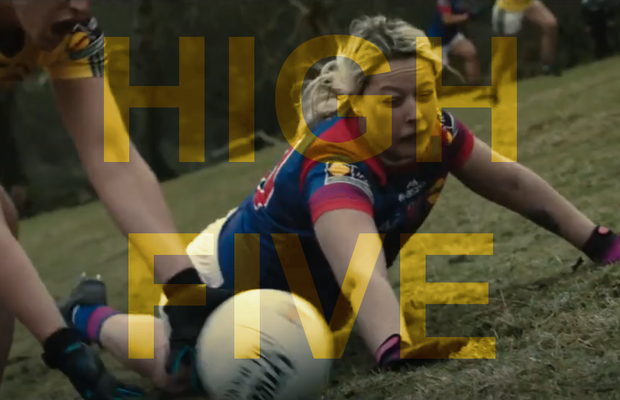 Today’s High Five selection from In the Company of Huskies creative director Damian Hanley shows how much can be learnt from soaking up great creative work. Each ad he’s picked has something to teach us all about how to make great work.

Agency: BBDO Dublin
Production: Red Rage x Saturday Films
Sound: Avondale
Music: Loud & Clear Music
Post: Windmill Lane
A brilliantly simple concept for Lidl Ireland to mark its sponsorship of the Ladies’ Gaelic Football Association (LGFA). This has that ‘why did no one think of this before’ element. We are all very familiar with the expression “a level playing field”, and this shows it perfectly. And anyone who has tried to run up a hill will know it’s ten times more difficult than running on the flat – I hope there weren’t too many retakes. 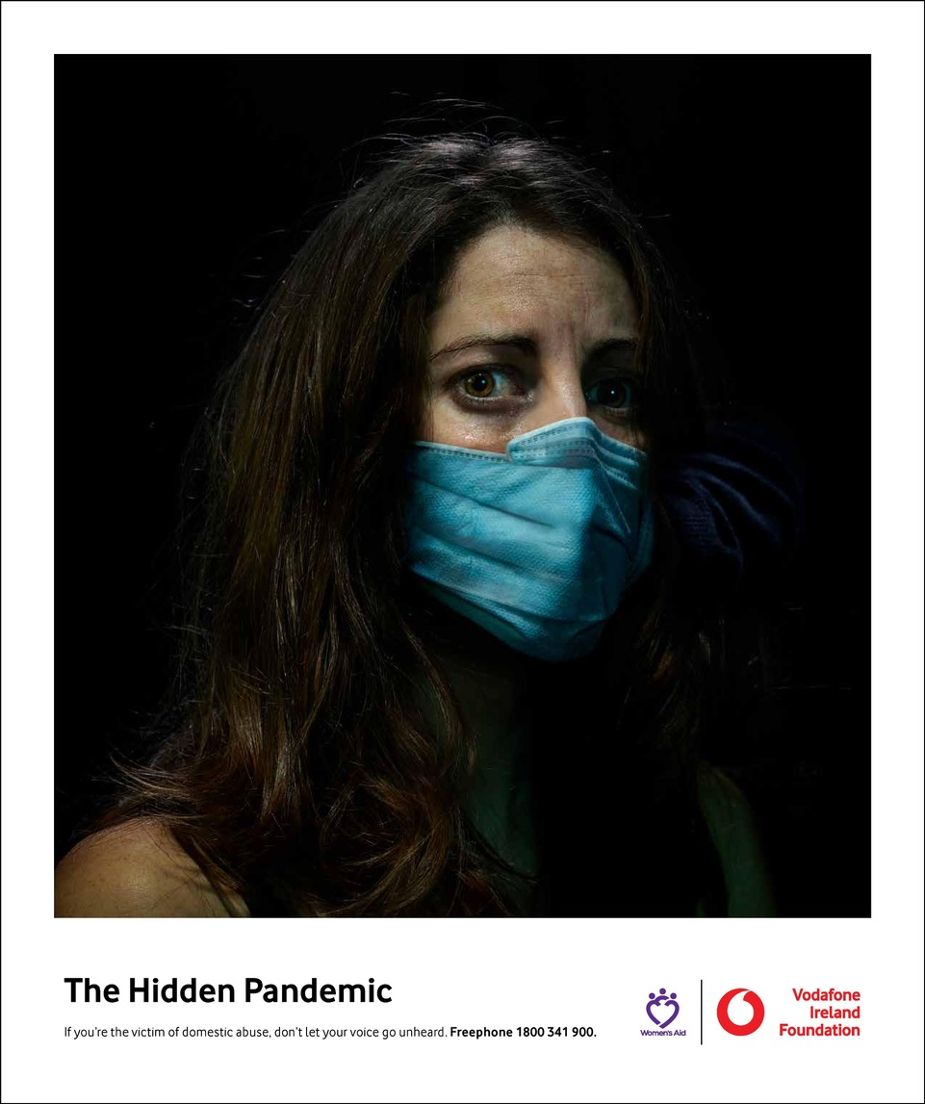 I know we all got pretty tired of Covid related ads, so to come up with one that stood out so far into the pandemic is a testament to the power of this idea. It also shows off the power of a brilliant print ad. This ad, highlighting the distressing increase in domestic violence, was created by Dublin-based creative agency Folk Wunderman Thompson for the Vodafone Ireland Foundation, in partnership with Women’s Aid.

Agency: Publicis Dublin
Production: Banjoman Films
Sound: Screen Scene
Post: The Element
The ad itself is brilliant, but the idea of actually creating this role within Standard Life Pensions is an example of what can be achieved through collaboration between agency and client.

Agency: Rothco
Production: Butter
Sound: Screen Scene
Post: The Quarry
Social: Wolfgang Digital
Media: Mindshare
PR: Lindsey Holmes Publicity
At a time of year when our tolerance for another emotional fluff campaign can get worn out pretty fast, this was a great ad for Woodie’s DIY stores. It got the tone just right between enough sentimentality to tug at the heartstrings and enough realism to make it land. It is also a nice demonstration of community spirit, rather than falling into the trap of just talking about it.

Agency: In the Company of Huskies
Retouching: Happy Finish 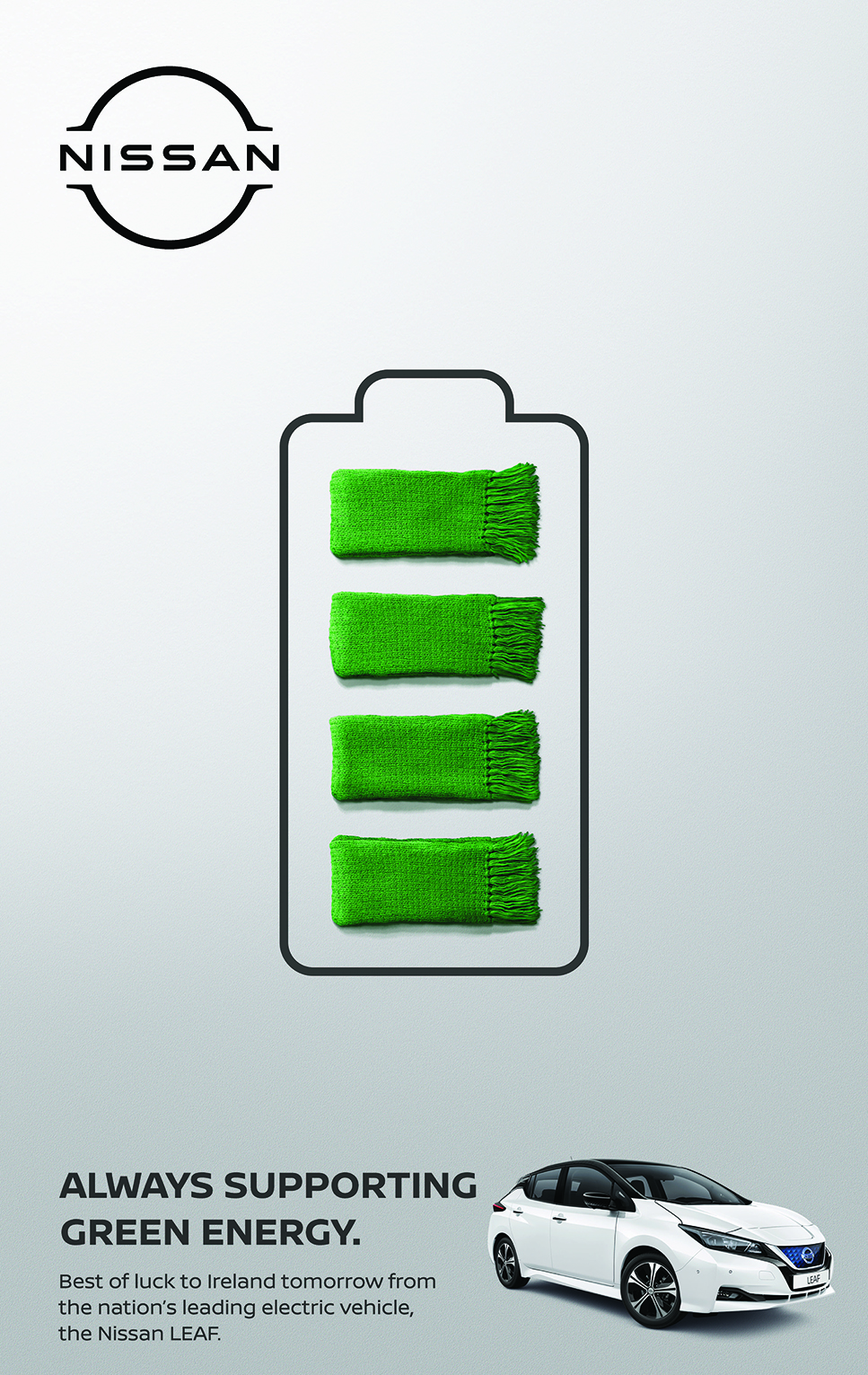 OK, firstly I need to declare self-interest here. This is a Huskies ad for Nissan straight off the starting block. It was an ad to show support for the Irish Rugby team as they played against France in the Six Nations Competition. All self-explanatory, as all great prints ads should be!

In the Company of Huskies Wins Four Effie Awards

Huskies and Smurfit Kappa Shortlisted in the UK Effie Awards