Senior copywriter at TBWA\Dublin, Alan Byrne, shares five of his favourite recent ads to come out of Ireland 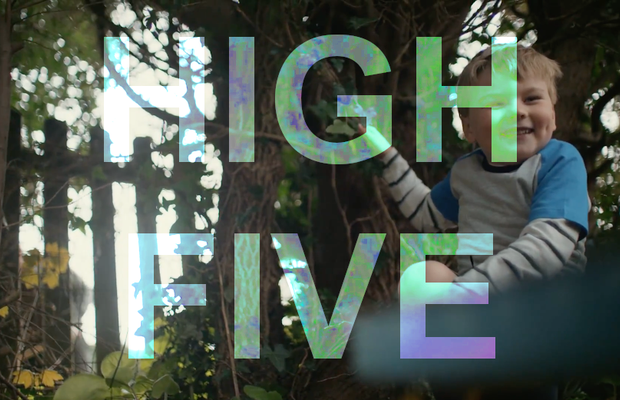 I’ve spent over twenty years noodling and doodling, writing and typing every manner of creative approach to solve problems, sell products and change minds. In that time, I’ve worked alongside some true luminaries in Irish advertising. What I have always admired from the best of them is that determination to elevate ideas through a dedication to craft and a dog-headed drive for detail. Creating really good work has never been easy, recent times have added significantly to the challenge, but it’s remarkable to see how great creative can still rise, across all media...

SuperValu - 'Bring It On'

Agency: TBWA\Dublin
Production: Butter Productions
Post: Screen Scene
Music: Nick Rappaccioli
As a sport, Gaelic Football has been considered unrepresentative of Ireland’s increasingly diverse population. In a break from the norms of a sports sponsorship spot, one that traditionally showcases players’ dedication, support and volunteerism, this spot tackled a bigger issue. In doing so, it shows that, as a brand, SuperValu believes in bringing everyone into the game in a true stirring celebration of inclusivity, equality and welcome.

Paddy Power - 'Save Our Game'

Agency: The Public House
Production: Nine Yards Films
Possibly the biggest agent provocateur in Irish advertising, Paddy Power find themselves perfectly at home with the likeminded mischievous talent that resides in The Public House. A masterstroke in bitter-sweet messaging, this campaign encouraged the Irish soccer public to support England, an unpalatable thought for many, with the promise to fund Irish grassroots football for every England goal scored. Some further, well thought out content, executions, activations completed a well-rounded, fun and timely campaign.

KFC Ireland - 'At Your Window Or Ours'

Agency: Core Ireland
Photographer: Liam Murphy
Simplicity of thought is only complete with an execution suitably crafted to elevate it. Prescient and of its time, the message is simple, but the art direction and photography exude warmth and joyful nostalgia.

Agency: Rothco Accenture
Production: Sweetshop
Post: tenthree
Shooting any commercial remains fraught with new considerations and measures; while the age-old maxim around the difficulty in shooting with children remains. However, this spot is lit up by a talented young child that exudes positivity and draws you in to every moment. His enthusiasm is infectious, his imagination beguiling…it’s just a nicely filmed and edited spot, that’s well told, uplifting and true to the brand’s essence “we’re all homemakers”.

Agency: Boys+Girls
Production & Sound: Mutiny
Most summers I decamp to the southwest of Ireland and ruefully dip my toes in the North Atlantic as my children thoughtlessly plunge from piers or practice their dives. This spot sent chills down my spine more than any tentative steps into that cold water. Poignant, powerful, and recognisable - yet simple and beautifully produced - it’s a reminder of an important message, and a reminder of the power of well-crafted radio.

Laya Healthcare's Major Rebrand Stays a Beat Ahead the Rest