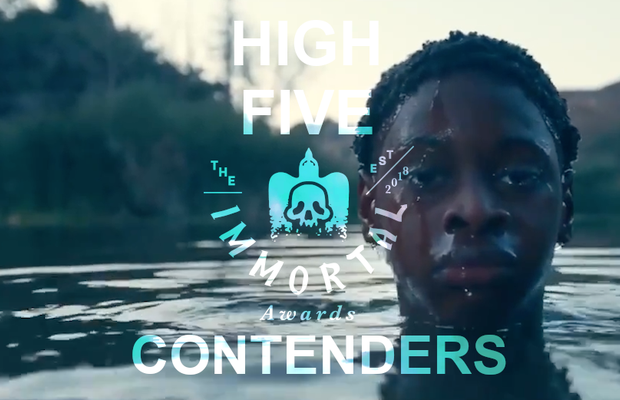 In a world where creativity is everywhere, it’s a challenge to pinpoint the best of the best. But also, it’s increasingly challenging to evaluate an idea that works - a brave idea that goes behind a tactic to drive action and change with a community or audience. The barometer I’ve followed to assess bravery is quite simple: Is it smart? Does the idea hack or beat the system? Did you discover a new use of media? Did you go around the rules? Did it use smart technology to enhance the experience? Is it culturally cool? Is it awe or surprising enough for you to share? Cool tech, cool stunts, cool innovation. Ultimately, did it resonate with your audience to make them want to engage? Is it resourceful? Did you find a solution that didn’t require a celebrity? Did you make it happen no matter the budget? Using these filters, I’ve captured the most impressive and culturally relevant creative that is elevating our craft and inspiring new media and commerce channels for engagement...

Agency: Leo Burnett Chicago
Change The Ref uses powerful storytelling to disrupt the gun control debate in the USA. The not for profit organisation gives survivors and gun violence victims a voice to help lead the way to change. It is a beautifully crafted and emotionally driven count of the lives lost, and a peaceful way to force pro-gun legislators and proponents to face the consequences of their decisions. It is sure to be recognised for its bravery in the upcoming award programs.

Agency: Saatchi & Saatchi Wellness
Production: The Skill Mill
A sustainable product design always has a way to prove how creativity can be used for good. This simple construction replaces the plastic pill bottle and was launched as open-sourced so that any pharmacy can reconstruct it for a healthier planet.

Agencies: VMLY&R Kansas City x Kamp Grizzly
If there is a brand out there that has cracked the code on reaching the tightly-knit gaming community, that’s Wendy’s. Consistently taking it to the next level, reaching gamers without feeling like an intruder. Its newest engagement saw the brand partner with Uber Eats to offer meals of five popular Twitch streamers while they stream games of their choosing for prizes - and joined by the ultimate gamer, Wendy. Engaging and playing alongside their audience, and becoming a Twitch celebrity - it’s as authentic as it gets.

Agency: Translation New York
Production, Post & Music: PRETTYBIRD
Sound: ballad
Everything about this film is so powerful: what is said, how it’s said and when it’s said. Beautiful craft from art direction, to scriptwriting, to casting, to soundtrack. The best film of 2020 doesn’t feel like a brand film at all.

OkCupid - 'For Every Single Person'

Agency: Mekanism
Production: TOILETPAPER
This brightly-coloured campaign is forward thinking and inclusive as the app touts its expanding identification options. But these ads are more than eye-catching. The playfulness strikes a great balance of demonstrating its position while helping make progress towards a more equitable world.
Entries to The Immortal Awards are now open and Little Black Book members can make their submissions here today.
Entries into The Immortal Awards will be accepted until 10th September 2021. There will be no deadline extension. All entries must be made for a commissioning client, and must have first aired, broadcast, displayed, launched or published between 1st September 2020 and 31st August 2021.
Every member of LBB is entitled to up to five entries, depending on their membership tier. This year, Bronze members receive one entry, Silver members will receive two entries and Gold members will receive five entries. The full list of rules, including eligibility dates, can be found here.
If you’d like to enter the Immortal Awards but you’re not yet a member of LBB, sign up here today. If you’re already a member and would like to increase your number of entries, you can upgrade your membership here.

More from VMLY&R COMMERCE US