Céline and Clement Mornet-Landa, creative directors at Sid Lee Paris, explore five of France's latest ads that depict brands that are capable of challenging themselves 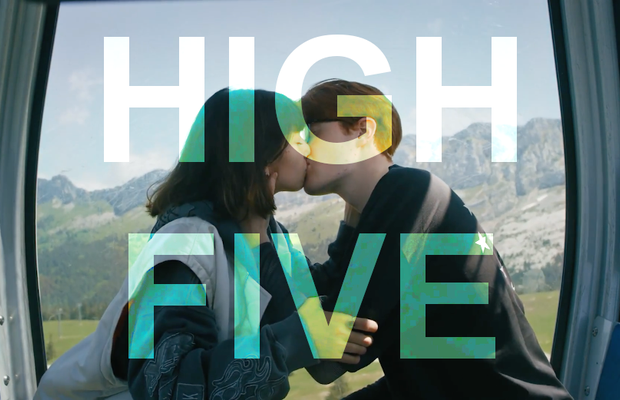 While France is revelling in the world’s eyes with its Palme d’Or this Cannes Film Festival for 'Titane', a feature film that breaks gender codes, we wanted to honour works that bring a touch of modernity in their own way to their respective worlds. Whether it's seeking unexpected insights, rethinking a brand's entire platform or evolving fashion codes, we have the feeling that French creation is never better than when it is simply itself, when it listens to itself. With its own codes, its own language - because it's by being unique that it stands out best. So yes, France didn't win Euro 2020, but our creative forces are juiced up, we’ve got ultra-talented directors ready to get back out there, solid productions coming out and lined up and, most importantly, brands capable of challenging themselves.

Winamax - 'Everything for Your Mama'

Agency: TBWA\Paris
Production: Wanda
Director: Sam Pilling
Post: The Mill
There are lots of sports betting commercials running in France these days. This particular film stands out with an unexpected insight (using your betting winnings to please your mother) mixed with an excellent execution by Sam Pilling. All this on 'If I Can Dream' by Elvis. What a way to stand out in an ultra-competitive sector.

Peugeot - 'Lions of Our Time'

Agency: OPEN
Production: Iconoclast
Director: Fleur Fortuné
Post: Nightshift
Sound: ballad
The famous French car brand Peugeot suffered from a lack of modernity in recent years. This film supports the brand’s new identity and puts it back in its time. A 180° turn in terms of setting, casting and styling, operated by Fleur Fortuné.

Production: Iconoclast
Director: MEGAFORCE
A dive into the dark side of the couch made by the French MEGAFORCE. The examples are simple and effective, just before tipping into the absurd, over children’s fairytale music. With the very talented Rina Yang as DOP with whom we had the chance to work a short time ago on a SKYN film.

Production: Division
Director: Grégoire Dyer
This film for French brand Études’s 20th collection shows that streetwear really has no borders. It moves us away from an urban landscape and takes us to a mountainous landscape where cool kids still have on their grungy streetwear, even in nature. Congrats to director Grégoire Dyer, a former Sid Lee talent!

Artistic Director of Dior Men Collections: Kim Jones
After collaborations with Nike, McDonald's and Playstation, Travis Scott joined brands with Dior on this one. The entire collection was designed by combining Dior’s codes with those of Cactus Jack, even revisiting the Dior logo! Testimony to a strong trend happening now where couture brands are targeting a new generation.