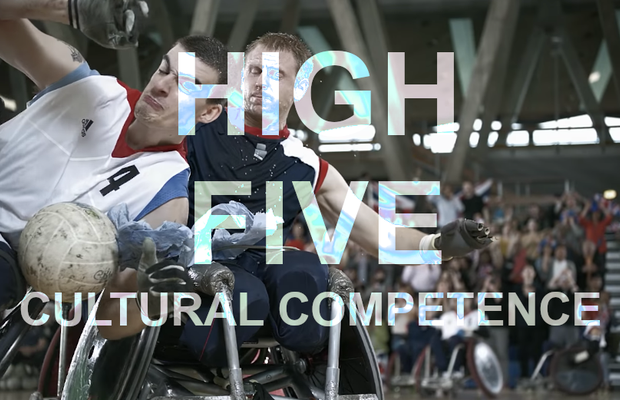 For an exclusive new series hosted by High Five sponsors, Freedman International, we’re speaking to leading brand marketers from around the world about the five campaigns that they’ll never forget - the campaigns which told a global story through a local lens and changed culture. Today, Klarna's AJ Coyne shares his culturally competent High Five...
"It was an impossible task to get to five, but reflecting on the work chosen, they all positively impacted culture whilst having a clear point of view and reason for being." commented AJ. "Each campaign challenges the norm and is unapologetic in approach. They all demonstrate world class creative thinking and are a masterclass in simplicity."

Airbnb - 'Until We All Belong'

Agency: Clemenger BBDO Melbourne
This campaign deserves to be globally famous. Australia was the last remaining Western country in the world to recognise same-sex marriage and signals from government were not positive that this was to change any time soon. Airbnb's company purpose is ‘to belong’, and so it created a bold and simple statement to demonstrate this injustice. The campaign, called ‘Until We All Belong’, centred around an acceptance ring that was broken in the middle and would remain broken until the law was changed. Stupidly simple in execution, but a cause and campaign that ignited fury across the country, leading to a national debate both in media and government, with hundreds of famous brands joining Airbnb to spread the message. Quite possibly the most important part of the campaign was the day the law finally passed and the ring could be finally taken off.

Agency: 4 Creative
It's insane to think that this campaign is almost 10 years old. It still gives me goosebumps, and while we are still nowhere close to achieving representation in front or behind the screen, this campaign was the start of a cultural shift. While everyone was talking about London 2012 and the Olympic games, little consideration was given to the Paralympics. 'Superhamans' was a big 'fuck you' to the world for misrepresentation, a lack of understanding and brutal interest. 'Superhumans' sparked a cultural movement, and the work Channel 4 has continued to do from advertising to programming all stems from this one moment, campaign, advert.

Agency: Mother London
It’s hard to believe that KFC running out of chicken led to one the most brilliantly funny marketing stunts in history. Leaning into the embarrassing situation, leveraging their distinctive brand assets and quite simply jumbling their brand letters on a bucket; 'FCK we’re sorry' was all it took. One print ad sent the internet on fire, and helping to single handedly turn hate back into love fuelled an army of social content and memes, all positively reacting to the brand. The apology made international news headlines and a fried chicken shortage disaster turned into a cultural phenomenon.

Agency: Leo Burnett London, Chicago and Toronto
We have come so far in the six years since this campaign was made, and advertising has a lot to thank this campaign for. It not only shone the spotlight on issues with gender equality and the subconscious bias that exists everywhere in society, but also acted as a reminder to all on how damaging it really is, and subsequently sparked a movement for change. This was a super simple social experiment that resonated in every household globally.

Agency: McCann New York
When Mastercard first announced this product in 2019, it was an awakening moment. I had no idea about the problem. To be honest, I was ashamed that something so easy for most could cause such hurt, hate and discrimination for others, and I was so impressed by Mastercard for driving this change. Again, such a simple but impactful solution to a colossal issue. A testament to the brilliance of the idea is the number of banks that have now signed up and the overwhelmingly positive feedback from the trans and non-binary community. A great example that to drive positive impact in a community requires more than a gesture but providing value to people's daily life.

How Fitbit and Freedman International Harnessed the Power of Optimism