Zak Mroueh, CCO and founder of Zulu Alpha Kilo, picks four of his favourite campaigns to launch in Canada recently, and a fifth gets a mention just for having an international headline-grabbing impact well after its launch 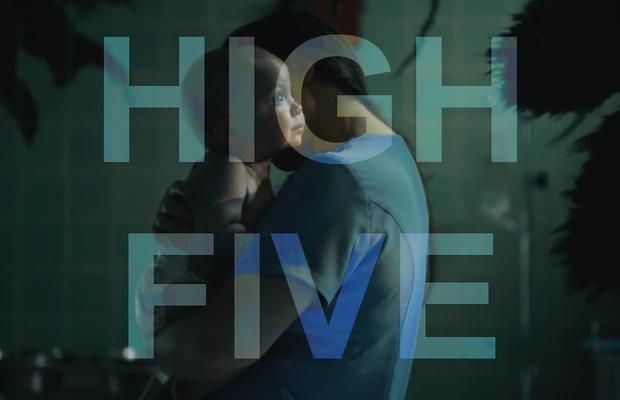 As a country of 38 million people (which makes the Great White North smaller than the state of California), Canada has been punching well above its weight, creatively speaking. At Cannes this year, Canadian agencies won a record-setting 52 Lions. Our country continues to produce some strong work après Cannes, like these latest campaigns…

SickKids Foundation - 'Be a Light'

Agency: Cossette
Production: Scouts Honour
Since launching in 2016, the 'SickKids VS Limits' campaign has raised over $1 billion in donations for The Hospital for Sick Children. Besides being highly effective, I didn’t think anything could creatively top the 2016 launch film. It showcased sick kids, not as weak, but as superheroes, daredevils and boxers in valiant battle with their illnesses. The latest film is just as beautifully conceived and executed as the original. Drawing on an insight that came from six years of talking to parents of sick children, it vividly shows how families feel when they get a diagnosis - as if their lives have been thrust into darkness. The spot’s public call-to-action is to 'be a light' - to become a monthly donor and help SickKids build a new hospital. SickKids is already more than 75% on the way to fulfilling its fundraising target. I think this campaign will help them get there.

Agency: Anomaly
Production: Fela
Director: Stacey Lee
Editorial: Whitehouse Post
Everyone in advertising talks about making a feature-length branded film. Few do. What makes 'Underplayed' impressive is that Bud Light bought into the idea from their agency, fully committed to the two-year filming process and supported the finished product with premieres at music and film festivals around the world (and now on streaming platforms). Produced with an almost all-female crew, the 90-minute film exposes inequality in the electronic music business through the lens of female DJs who should be superstars. Kudos to Bud Light for using its marketing muscle to spotlight these women’s stories, support the non-profit Women in Music Canada and for understanding brands need to live their ethos and passions.

Agency: Zulu Alpha Kilo
Production: Zulubot
Every November 11th, Remembrance Day, we honour our war veterans. The date is important in keeping awareness of the sacrifices they made alive with younger generations. Last year, on behalf of the Royal Canadian Legion and presenting sponsor HomeEquity Bank, our agency created the world’s oldest eSports team (made up of WW2 veterans all ages 90 or over). The team was partnered with video game influencers on virtual battlefields. The young gamers laid down their controllers in respect and heard real life stories that 'war is not a game'. This year’s initiative was very different, but just as effective in reaching people of all ages in a pandemic. Historically accurate WW2 Field Rations Kits were created and, tapping into the rise of food apps, we partnered with major Canadian player DoorDash in delivering them. The kits featured staple food items and a QR code that opened to an unboxing video featuring WW2 veterans who told their stories of sacrifice and war.

Agency: Rethink
Media: Carat
Kraft’s mac and cheese brand, known as Kraft Dinner (or KD) in Canada, is a household staple. We love it so much that we dig into three times the amount of KD per capita than Americans. Kids especially love KD –including straight from the pot. And so, I like how this campaign captures our imagination by finding the biggest pot in the galaxy, The Big Dipper, to mix KD in. Partnering with a star registry, the brand named 21 stars in the pot portion of The Big Dipper after things that go into the making of KD, like 'milk', 'cheese' and 'bunchanoodlesstucktogether'. Its use of digital is smart, interactive and fun. Nice to see a big brand buy an idea like this.

Agency: Juniper Park\TBWA
Production: BOLT Content
Okay, full disclosure, my fifth choice 'Signal for Help' from the Canadian Women’s Foundation is not new work and has won plenty of acclaim and awards. But the one-handed sign the campaign conceived and promoted on TikTok to help domestic abuse victims signal their distress has gone viral once again, over a year after its release. In November, an article made headlines globally with news that a teenage girl from Kentucky was rescued from a kidnapping after she used the foundation’s signal. But then, right before submitting this piece to LBBOnline, a contradictory news article broke claiming that the 911 caller alerted police because he saw the girl silently mouthing for help. The caller did see a repetitive hand signal but didn't know its meaning. The original local police report suggested it was, in fact, the hand gesture alone. Either way, because of all the publicity, the signal is now even more widely recognised than ever...

The 'Micropedia of Microaggressions' Sheds Light on an Invisible Problem