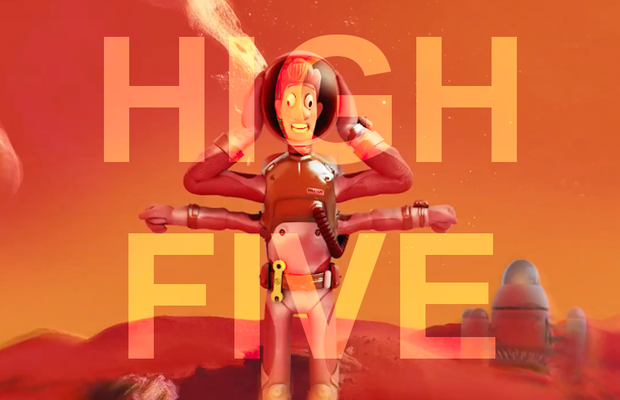 What is our country creating in advertising at such a complex time? Well, as Tom Jobim said, 'Brazil is not for beginners'. Even so, the creative industry remains hungry and connected to new trends. High Five only allows the submission of jobs that happened in the last three months, so I did in-depth research so as not to escape the period that involves a drop in the amount of works placed on the street right after New Year's Eve. Even so, we have an incredible quality of work from Brazilian agencies. Global works of great stature and local works which understand the particularities of the country. Brazil is known for its creative excellence, and in the last three months, the diversity of work ranges from the creation of a new product to the release of an album by a great international artist. I won't give any more spoilers, but it's worth seeing each of them...

Agency: TracyLocke Brasil
Production: Corazon Filmes
Post: Warriors VFX
Music: Pingado
One of the most recent jobs for TracyLocke Brasil was for Brahma Beer, the biggest beer brand in Brazil which has Brahmosidade (the unique creaminess of beer) as its current communication platform. Consumers have created a myth that the water from the Agudos factory is the best and that's why they always look for Brahma that was produced there. We entered the factory to show that it is also where Brahmosidade is born, and things got a little out of hand...

Agency: Africa
Production: ALICEFILMES
Post: Voodoo House
Music: Antfood Music & Sound Design
Africa agency came up with the idea of creating a new Heinz ketchup by growing tomatoes in soil with conditions similar to those of Mars. The 'Martian' tomatoes were used to create Heinz Tomato Ketchup: Marz Edition. As part of the strategy, a limited-edition bottle of the product was literally launched into space by the brand.

Agency: AKQA São Paulo
Production & Post: Sailor Studio
Music: Arcade Audio
Recently, the living legend, Elton John, released the album 'The Lockdown Sessions' with the participation of more than 20 artists. To promote it, AKQA São Paulo created 'The Ultimate Zoom Call'. In it, Elton John commands a video call and welcomes artists like Dua Lipa, Damon Albarn, Stevie Wonder, Lil Nas X and Young Thug, who discuss the album release and thank Elton for the opportunity to collaborate with him on the project. At the end, a surprise guest arrives late.

Agency: VMLY&R
Production & Post: Piloto
Music: Alma 11 11 Audio
Braskem is a petrochemical company that invited the public to reduce consumption, reuse and recycle in a new campaign aimed at preserving the environment, created by VMLY&R. The animated film 'The Best Place' takes a tour through the planets of the solar system to show that there is only one place to live - the Earth. The film shows an astronaut trying to survive on Mercury, Mars and Uranus, and the song explains why each of them is uninhabitable. I couldn't fail to show a campaign with a sustainability theme and I liked the point of view on a theme that already has several campaigns.

Agency: SunsetDDB
Sunset DDB created the McCombo for the League of Legends World Championship. A new combo for a crowd that loves combos. A branded content action with global impact in gaming becoming the official sponsor of eSport combos. It's amazing what we can do when we unite great brands with the gaming universe. When it comes to eCommerce, this is just the beginning.

Problem Solved: Honouring a Brazilian Olympic Pioneer with ‘The Uniform that Never Existed’