Annabel Scanlen, graphic designer at 160over90, shares five of her favourite works to recently come out of Australia 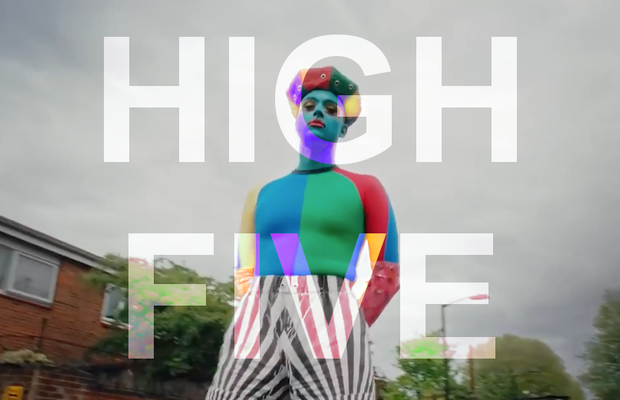 I’m the graphic designer for 160over90’s Sydney office, working on local and global projects for our team in Australia and beyond. I’ve compiled five events, innovations, movements and moments of the past little while into a list. The brief? Australia. The theme? The culture and people of today. Pushing for REAL representation in our campaigns across Australia. Let’s get straight into it...

In partnership with: Minus18 Youth Charity
Bonds Australia launched a campaign with queers at centre stage, sharing heartfelt and intimate stories about how they met their S/O and what being queer truly means to them. In this specific recap, we hear Lucy and Poppy’s experience as a young queer couple living in Australia. It’s refreshing to see cult classic brands like Bonds reshape their image over the years.

Production: Platform 13
Director: Mollie Mills
The faces of today take many forms, and the culture that surrounds us is multifaceted. LGBTQIA+ and Pride is a large part of this culture...and Pinterest knew the brief. Pinterest wows with their pride month campaign, ‘Show Your True Colours’, a global campaign created in the UK. However, I thought it was relevant to speak on for this Australia LBB segment, as Pinterest made a generous donation in light of this campaign to BLAQ the organisation with a mission to empower Aboriginal and Torres Strait Islander LGBTQ+ community. When we talk about the culture and people of today, we mean this. This is our culture and our people and it’s refreshing to see Pinterest tribute LGBTQ+ artists / creators and facilitate a platform for these folks to share their skills, stories and experiences.
The crux of Pinterest’s campaign was not only in their video piece, but too in a written component that outlined the collected data on Pinterest user search trends. Pinterest found that key words like the following; ‘coming out cake’ and ‘coming out party’ had seen a growth of up to x 2.5. As people relearn and approach sexuality in a new light, a subsequent surge of LGBTQ+ folks emerge, unapologetically themselves and eager to come out to their loved ones in celebratory ways. However, LGBTQ+ Pride has and always will surpass the time constraints of the annual pride month. Big brands who make convenient and timely campaigns aren’t to be commemorated on their oh-so-time-specific efforts. The braver movers and shakers are those openly LGBTQ+ folks in the limelight, who are at the forefront of change all year round - no 11 month hiatus’.

Agency: 160over90
Picture this...you’re on Bondi beach shores in Sydney Australia, and in the distance you spot drag icon Courtney Act - she’s in full drag-glam and selling bespoke ice-creams for The W Hotel. The music is pumping. You walk on over… (click here for the full experience). As part of Australia’s Mardi Gras, agency 160over90 joined forces with W Hotels to build a stand out event that mixed Australia’s drag scene sparkle with sweet, sweet Aussie summer nostalgia, ‘Witty & Whippy’. Courtney Act worked her magic and rebooted the classic Greensleeves ice-cream siren song, and the song made its debut the day of the Witty & Whippy activation in Bondi. To make the event even sweeter, a hot pink ice-cream truck was stationed along the Bondi foreshore, serving bespoke ice-creams to passer-byers. As the day bled into the night, the Mardi Gras parade celebrations began, and this activation created a whole lot of crowd anticipation. The Mardi Gras is a big moment for LGBTQ+ folks, and in Australia the community is always reaching for new ways to make each year better than the last. Witty & whippy was a huge hit - hopefully you enjoyed the video component as much as I did!

Refinery 29 comes to Australia, builds a team of passionate, intelligent powerhouses, and on top of that, announces their new global partnership with premium photo, video, asset and tool site Getty.com, it’s a good news day! Hurray! The search for royalty free images just got a whole lot easier, as we see real people and real bodies represented through Refinery 29’s latest image gallery titled ‘We Are Many’. Capturing the bodies of diverse and boundless individuals, from tall to short, curvy to slim, femme to masculine and everything outside and in between binary parameters. The diversity is a refreshing and essential, a much needed addition to Getty’s image archive. ‘We Are Many’ is just one of the multiple new gallery collections launched by Getty Images as a part of the new ‘This is Australia’ collection. Each collection has been photographed by local Australian photographers and captures every little part of modern day Australia; from the office, to the beach, to the people and the sport. It’s got it all.

This is not a campaign example. Why? Because we don’t have enough fair representation across campaigns made here in Australia, why not save the best mention for last…100% Aboriginal owned and operated talent agency, AGNT BLAK, came to the scene earlier this year, with the intentions to lift and celebrate first nations voices. And with that, pushing forth some of the most spectacular talent of this coming generation. These are people to look out for, people to think about, with stories to listen to. AGNT BLAK are the now and the future of screen, print and more!

Behind the Work: Representing the Diversity of APAC with Westin Hotels

160over90 China Appoints John Steere as SVP and Managing Director