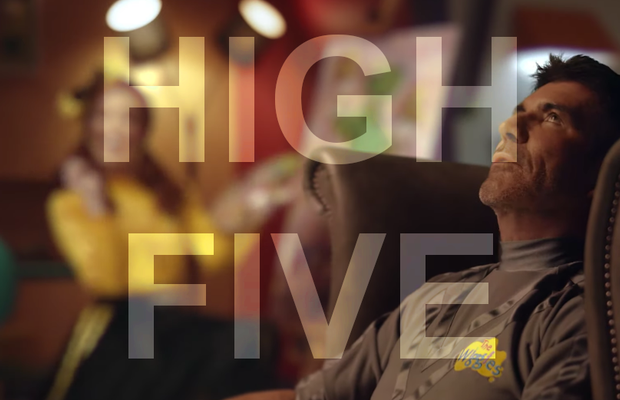 I’ve got a few real zingers in here from the APAC region in my selection. It’s a healthy mix of work here - threateningly scary, childishly funny, achingly simple, ambitiously demonstrative, and to wrap it all up, ridiculously ridiculous... 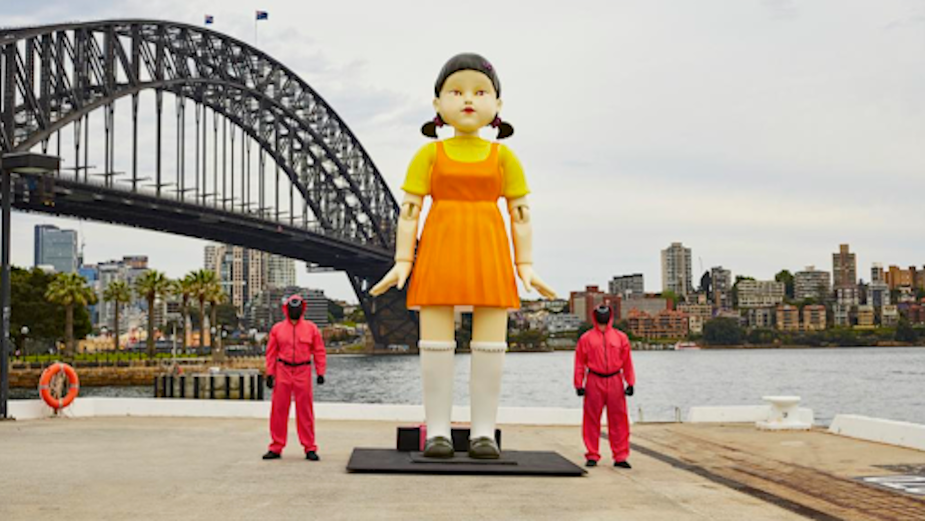 This piece of work is a lesson in cultural relevance. Without giving too much away, in Netflix’s first episode of 'Squid Game', people play the most dangerous version of Red Light, Green Light in the quest for big money.  In the activation on Sydney Harbour, Netflix delivered a slightly less traumatising version of the kid’s game just in time for Halloween. It’s got all the implied menace of the show, without the overt violence. I love it - perfectly timed, engaging, shareable and somewhat dystopian. As a side note, this other piece of work to catch jaywalkers in the Philippines by using the same Red Light, Green Light character is pretty cool too.

Agency: Special Group
Production: FINCH
Director: Alex Roberts
Post: ARC EDIT
Sound: Rumble Studios
Social: R/GA
Uber Eats has thrown celeb after celeb at the 'Tonight I’ll Be Eating' campaign, but I think they struck gold when they paired up the Wiggles with Simon Cowell as 'The Grey Wiggle'. For brief context to non-Aussie readers, the Wiggles are a long-standing, hugely popular local children's music group. And they’re a positive punch in the face. You can see what I mean here. What I love about this work (besides the Grey Wiggle’s sardonic and somewhat peeved delivery) is the understanding that brands can have breadth in their personality and that partnerships with celebs can be used to push the image of all involved. Besides that, it’s just whip-smart script writing and excellent performance.

Agency: Dig
I was in a 'scroll hole' on Instagram and later again on TikTok - go judge someone else! But this ad found me both times and actually encouraged me to take a digital timeout. As a typically ad-aware (read: skeptical) advertising creative, I found my IRL-self taking a moment to think. It’s simple and smart. It understands its audience’s behaviour. It uses the moment well. Let’s all remember, this is a humble social post landing a brand piece of communication poignantly and effortlessly. Bravo.

Agency: M&C Saatchi Sydney
Self-promo time! This is one of those pieces that started out as a film and now has a life of its own - it’s being used in hospitals in developing nations, translated into 19 languages and there’s talk at a government level about rolling the content out across the national health system. The foundation of this film is the fact that by the age of five, 90% of the human brain is developed. And if you don’t aid that development, it could lead to all sorts of behavioural and learning issues for your kid. It’s a super narrow window to get things right! Minderoo wanted to create a way for people to understand how simple games and interactions with babies at a very young age, sets them up for success. So to prove the value of early childhood development, they enlisted a very little girl to deliver a TED Talk about neuroscience. She’s pretty inspiring. And I quite like this work - but I’m biased.

Agency: The Monkeys Melbourne, part of Accenture Interactive
Hooray! Beer advertising that isn’t trying to sell me some higher social cause and greater meaning in my life. It’s been sooooo looong. This clever promotional campaign is so silly and so lovely. It cuts through, which is one of those marketing 101s we’ve forgotten is pretty important. I’m hoping it paves the way for more beer brands in our region to lean into humour and to remember that the category is as much fun as the product.

Keeping up with Culture: How to Capture the Attention of Society’s Most Distracted