Gameloft's Heroes of the Dark brings humans, vampires, and werewolves together in a dark fantasy strategy RPG to save the world of tenebris 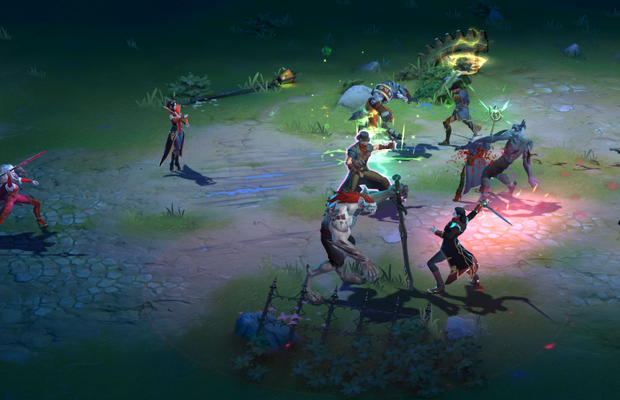 Gameloft, a leader in the creation and publishing of games, is thrilled to announce that Heroes of the Dark, a trailblazing online strategy RPG that combines AAA production values, deep and rewarding hero collecting and a persistent world, is now available worldwide on the App Store, Google Play, and Microsoft Store, just in time for Halloween. Players can now immerse themselves into Heroes of the Dark and the fantasy world of Tenebris, where supernatural Heroes and monsters must set aside their differences to confront a great evil that threatens them all.

In Heroes of the Dark, Vampires, Werewolves and Humans join forces against the twisted High Council, led by Albus, the Vampire Emperor. From their mystical Mansion, players will recruit unique Heroes from each faction, power them up, dive into their backstories, and strategically assemble squads for 5v5 real-time battles. Only together can players capture the ultimate source of power, The Heart of Tenebris, and unite Humans, Vampires and Werewolves in peace.

“A fang-tastic new IP featuring a unique blend of Strategy & RPG DNA, top-tier production value, and a rich universe to get lost into, Heroes of the Dark is our most ambitious midcore title yet, and we’re incredibly excited to bring it to players worldwide,” said Damian Damianov, game manager for Heroes of the Dark. “See you in Tenebris, this Halloween!”