Julien + Quentin direct the all action spot with Pulse Films 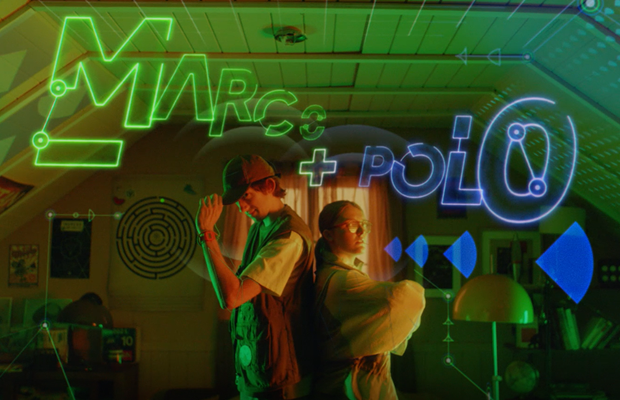 Pulse Films in partnership with Gravity Road has today unveiled ‘Meet You Out There,’ a film launching a new campaign for Niantic, the world’s leading augmented reality (AR) platform behind the ingenious innovative AR mobile games, Ingress and Pokémon Go.

Produced by Pulse Films, and directed by Julien + Quentin, the dynamic new two-minute spot for Niantic follows the adventures of heroes, ‘Marco + Polo,’ ‘Fierce Halo,’ ‘Bass Buddy 88,’ and ‘Lightninnng,’ in four global locations – Tokyo, New York City, Paris and the San Francisco suburbs – at exactly the same time across the world. Our heroes connect in a space where the border between real and virtual no longer exists, as they embrace the great outdoors and their outside worlds merge with video gaming. The spot encourages everyone to go out into the community and connect in this world, with the final title card of the spot challenging the audience: “Meet You Out There.”

This is the latest from Pulse Films directors Julien + Quentin, whose commercial reel spans brands such as Google, Dior, Puma, Citroen and McDonald’s. Their work is inspired by internet culture, indie films, photography, dance and music, and this is evident throughout in this latest spot for Niantic.

Directors Julien + Quentin said: "We loved so much working on this special piece for Niantic. Trying to give the audience this irresistible desire to go outside for adventure was such an exciting challenge. We hope it will inspire people to go outside and play as much as we were making it."

Davud Karbassioun, of Pulse Films said: “This one has been a labour of love working in collaboration with the incredible team at Gravity Road and Niantic to shape and make a film that brings to life the wonder and excitement of the studio’s multiple AR universes.  Julien + Quentin are two of the most exciting talents I’ve ever worked with, they are so obsessive about the craft of filmmaking which is evident throughout this truly textured and epic film.”