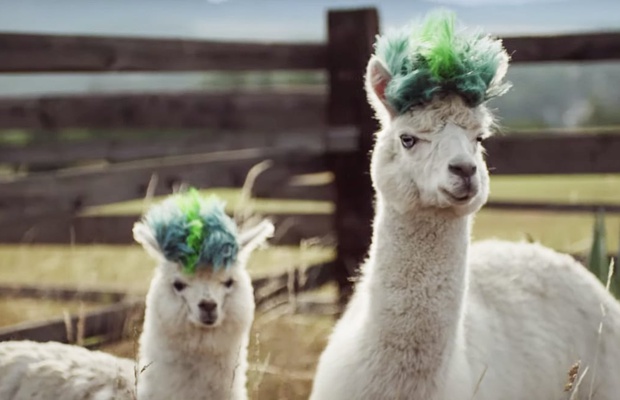 While driving past a South American alpaca farm, the film’s heroine suddenly has an epiphany. Starting right there on the road, she uses her Note 10’s next-level capabilities - from the intelligent S Pen to the Film Studio - to bring her big idea to life.

Her entrepreneurial vision for the alpaca look soon becomes a viral sensation. We see it catch fire as we jump from the streets of Tokyo, to product launches, to late-night talk show appearances, and even making a runway appearance just in time for NY Fashion Week.

Throughout the film, the message of the powerful Galaxy Note10 is clear: Do anything, with the next-level power of Note10.

“We wanted to demonstrate all the seriously high tech and unique product benefits the Samsung Galaxy Note 10 offers in a fun and memorable way. Our goal was to bring spontaneity and a sense of humor to the brand messaging, elevating Samsung and separating it from what is traditionally a cold, feature-focused tech world,” said Jonathan Mackler, ECD, BBH NY.

The film was Directed by Nicolai Fuglsig and is featuring the song “Apache” by the Incredible Bongo Band and Grandmaster Flash remix.

Following the launch of “Alpaca,” additional content in the campaign, including several :15 spots, will continue rolling out.