Together with Rooster and Feels Like Home, the Canadian creative agency partnered with non-profit organisation Reel Start to promote its mission of empowering underrepresented youth 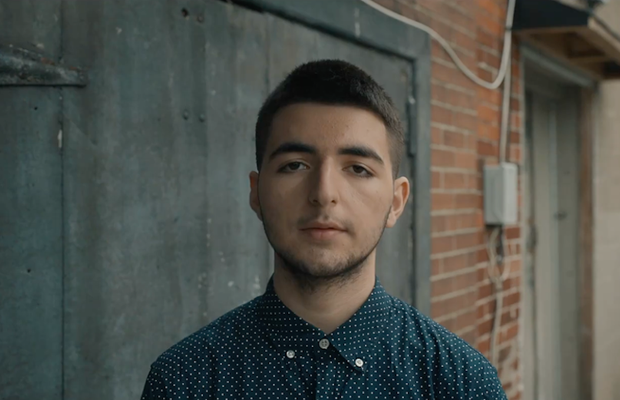 There’s an incredible group of young, diverse filmmakers waiting for their moment to shine. We just need to give them a shot. That’s the message of 'Give New Voices a Voice', the new campaign developed by FUSE Create for Reel Start, a not-for-profit organisation that empowers kids to change their world through filmmaking.
Filmmaker Evan Goldberg ('The Boys', 'Superbad', 'The Disaster Artist') and educator Adrienne Slover created Reel Start in 2016 to address the lack of diversity in the film industry. The program is run out of select high schools in Toronto and Los Angeles. Its past films include contributions from the likes of Seth Rogen, Jacob Tremblay and Jay Baruchel, but the stories they tell are firmly rooted in the students’ own lives.
The video campaign spotlights Reel Start students and alumni standing in their neighbourhoods, passionately talking about their films. What they don’t realise, however, is that no one can hear them. "These kids have powerful stories to tell." says FUSE Create creative director, Patrice Pollack. “We want viewers to realise that we need to hear their voices now more than ever, and to feel frustrated that we can’t."
The campaign was produced by Feels Like Home Films, a recently launched imprint from executive producer Marni Luftspring- Belavin and director Tamir Moscovici, who helmed the spot alongside cinematographer Vishan Butt and editor Paul Proulx at Rooster Post Production.
The organisation’s long-term goal is for kids from all backgrounds to know that there’s a place for them in the film industry.
"Our students have grown up only a few miles from studios and production houses, yet a career in film and television can feel a world away.” said Evan. “We want to change that by exposing them to the hundreds of jobs and careers that exist right in their backyard.”
Fort York VFX, Alter Ego’s Wade Odlum and Pirate Audio rounded out the production partners, even bringing Reel Start students into the fold, giving them on-set roles and mentorship during production and post-production.
The campaign will be live on Instagram, Facebook and YouTube, and will drive to Reel Start’s charity fundraising portal. The students and their stories will be highlighted on Reel Start’s website, which FUSE Create designed with the new campaign.
Click here to see the full campaign or learn more about the program. For more information, email marketing and PR manager, Vanessa Francone, here.