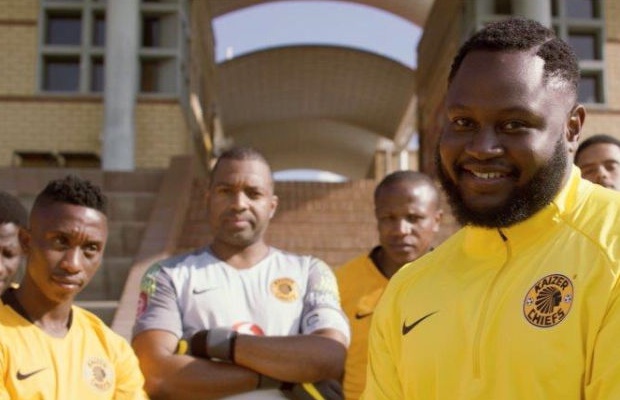 Football legends Kaizer Chiefs Football Club star in the latest chapter of Toyota South Africa’s #ToyotaStoriesSA campaign which pays homage to the marque’s numerous loyal fans.
Created by FCB Joburg and driven by the charismatic Snooze, the purpose of #ToyotaStoriesSA is to continue to build brand love, and show the Toyota community how much they and their loyalty to the Toyota brand are appreciated, said Toyota social media community manager, Naniwe Mthimkhulu.
“Toyota fans regularly share their extraordinary passion for their Toyota vehicle by posting photographs to our social channels. The #ToyotaStoriesSA and Snooze campaign takes these stories and packages them as a short music video with music choice and words reflecting the persona of the fan and his or her Toyota.” Naniwe said.
She added: “This fun, quirky and memorable content is housed on Facebook, Twitter, Instagram and Instagram stories … and celebrates the love Toyota fans have for their cars. It’s also a shout-out from Toyota to acknowledge this passion.”
FCB Joburg creative director Tian Van Den Heever explained the evolution of the campaign: “Julia’s Conquest featured octogenarian and intrepid explorer, Julia Albu, who travelled from Cape Town to London through Africa in her trusty 20-year-old Toyota Conquest ‘Tracy’ to create awareness for Shine Literacy. Her reggae-themed video generated 30,826 views on YouTube.
“Then, our homie from Pretoria, Thato, and his RunX attracted 76,968 views while the final chapter for the year, inspired by the Instagram fan page @ToyotaTribe, provided Snooze with the content he needed to create a very entertaining Christmas Carol and generate a further 66 047 for #ToyotaStoriesSA.
“And now the 2019 chapters have kicked off with none other than Kaizer Chiefs Football Club. Toyota is the official vehicle sponsor for team and its starry players, and the piece they have filmed is utterly awesome. The players sing along with Snooze in traditional locker room pre-match prep tradition – goose bump stuff!
“Filmed at the Kaizer Chiefs village in Naturena by Fuel Content, it’s a little taste of what else is to come in 2019 from #ToyotaStoriesSA. Watch this space.”