Directed by Great Guns’ Federico Mazzarisi, the dizzying film gives us an insight into the lives of those who work out with the Freeletics app 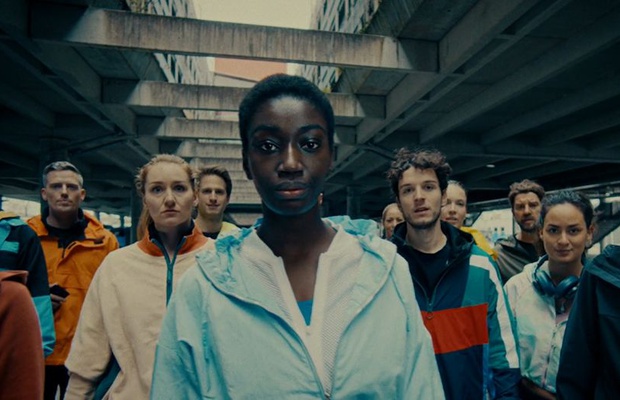 Great Guns director Federico Mazzarisi has debuted a visually stunning new campaign for Freeletics, Europe’s leading fitness app. Proving that the app lets you work out anytime, anywhere, and with the best digital personal trainer, the striking film dives into the lives of various Freeletics users during their daily workout.
Produced by OKI Films, the stylish spot begins with one woman opening up her Freeletics app, as the interface bursts from her phone screen. Suddenly, a spinning camera shot transports us to the park, where she is now working out with the help of her digital personal trainer. Viewers are then taken on a sprawling, spiralling journey throughout the experiences of other users on the Freeletics app, from rooftops to living rooms, as they all sing along to a powerful, unifying interpretation of Britney Spears’ ‘Oops!... I Did It Again’. Finally, the users reaffirm that ‘we will do it again’, encouraged to continue working out thanks to the Freeletics’ app.
Director Federico Mazzarisi comments: “Playing with such an iconic hit was exciting yet challenging as we needed to detach from the classical 2000s vibe and instead give the track a new contemporary, dynamic, bold tone that could handle the pace and rhythm of Freeletics and our film.”
Federico’s approach to the campaign was inspired by his own experiences using the app, as the interface gave him the idea to use motion graphics to visualise the interaction between the digital trainer and the customer. In addition to this, the director researched new and unique camera angles to use throughout the shoot, offering audiences a new perspective on their fitness regime through on-screen graphics, intimate close-up shots, and dizzying transitions.
Federico Mazzarisi adds: “I really loved the casting work we did for this project. We looked to portray a new concept of sustainability-focused, conscious people who can enjoy their favourite sports and activities both indoor and outdoor - without necessarily being in a traditional gym. I’m very grateful to have directed a campaign that is not only beautiful, but also meaningful to the audience. Being part of this means spotlighting these new approaches to working out!”

Erica Eng: “As a Director, It’s My Responsibility to Represent People Who Look Like Me”

KFC Brings the Heat Whenever, Wherever in Launch for Spicy Zinger Nuggets