Fully crafted by 10 Days, the campaign follows the story of Firetree's volcanic origins 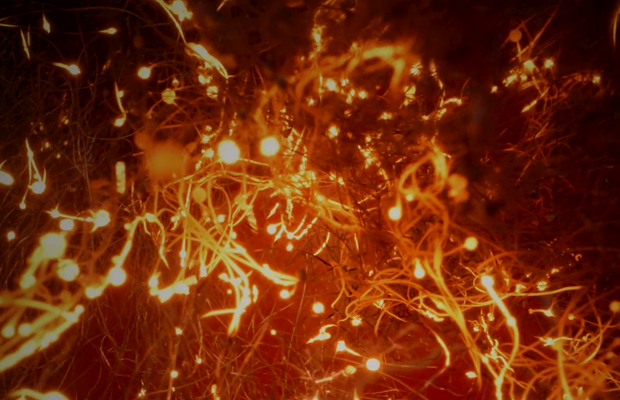 Firetree, the only Luxury Volcanic Chocolate, has revealed its first brand advert, ‘The Legend of the Firetree’, an epic cinematic tale of Firetree’s evocative volcanic origins, as Firetree looks to drive growth in the UK and Worldwide through 2021.

The epic 90 second spot was created by 10 Days. This cinematic volcanic chocolate-fest tells the story of the legendary Firetree, where a mythical flame-coloured cacao tree grows out of the destruction laid by volcanoes. The epic narrative is told through the veil of fantasy, cleverley interweaving the parallels between molten lava and the hypnotic chocolate making craft. Building to a swirling crescendo where the packaging finally melts away into Firetree’s volcanic inspired artwork.

Bespoke sound and music highlights the contrast between the powerful volcanoes, the beauty in the soul of the firetree, and the delicate and smoothness of the chocolate. Influenced by the likes of Hans Zimmer to create a mysterious yet spirited feeling of discovery, Firetree now holds a distinctive sound or ‘sonic' identity.

The campaign was created from idea to fully produced film in 10 days. 10 Days’s four brothers were fundamental to the work - Jolyon directed the spot, production & styling led by George, with music bespokely written, performed & produced by Dominic. The voice-over was performed by voice-over artist and actor Alexander. It was truly a family affair. The film was shot at the Firetree’s Melting Pot and 10 Days own studio.

The Firetree chocolate brand launched at the end of 2019, and is made from some of the rarest cacao beans in the world, from the mysterious volcanic islands of the South Seas in ‘the ring of fire’. These cacao trees, with its flame-hued pods, have been known to the locals as ‘Firetrees’, and thrive on the rich, porous volcanic soil quintessential to this distinctively delicious chocolate. In 2020 Firetree was multi-award winning including 11 Great Taste and Academy of Chocolate Awards.

The film will be launched across digital media across the UK from January 2021, and in the US later this year.

Jolyon White, founder and director at 10 Days commented: “Firetree has a brand story that belongs in the movies. Volcanoes, ancient islands, flame-coloured cacao pods - this needed something epic. Something that would do this incredible chocolate justice. So we treated it like an epic scene from a film rather than an advert for chocolate.”

Dominic White, founder and composer at 10 Days commented: “Sound is so important for an evocative brand like Firetree. We looked to capture the spirit of discovery, mystery, whilst using techniques you’d find for blockbuster films.”

David Zulman, co-founder at Firetree commented: “The Legend of the Firetree beautifully captures the mystery behind our name, and the story behind our rich volcanic chocolate. This brand-building work is exactly what we need as we grow into new markets. Working with 10 Days has been an absolute pleasure. Not just nice guys, but they are intuitive, innovative, easy and efficient. As for the 10 day turnaround that too was amazing”.

CAMPAIGN: “The Legend of the Firetree”

Inside Firetree's Melting Pot: A Glimpse Inside the World of Luxury Chocolate Making