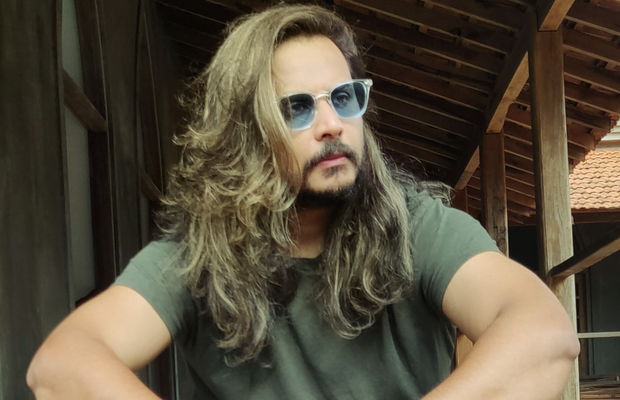 The Indian ad scene has recently been awash with praise for Tata Trust’s Two Bins Life Wins campaign honouring those whose job it is to separate waste in India’s busiest cities. The international ad scene is also full of praise for it, and the campaign has been on the receiving end of plenty of honours in the last few months. The man behind the ad, FCB Ulka’s Keigan Pinto, believes that this specific campaign is his best piece of work – and with good reason.
“I knew the script was going to hit you in the diaphragm,” he says. “I felt it, and that's the real kind of research when your heart is the head and when you have that instinctive intelligence. I mean that's my job. I'm meant to not just create, I'm meant to also feel that this is going to work and have a feeling of ‘shit man, this is special’.”
With this campaign he definitely did have that feeling. But sometimes receiving praise from higher up sources can be just as rewarding as creating great work in itself. Keigan recalls seeing Mr. Tata himself sharing the work on his social media pages – something he’s not frequently done. But, another great moment was when the video went viral and Keigan received a WhatsApp message from a friend telling him to check out a great piece of work – his own. “It's not just a film that is made for awards. This was written, presented to the client, and formally researched. When the universe conspires you have a great feeling about something.”
This is just one of Keigan’s boundary-breaking pieces of work to have been created in his time in the advertising industry, so it is surprising that there was a stage when he pursued a different career path. Keigan grew up in Kuwait in the ‘80s where, in his words, Michael Jackson was worshipped as a god. At the age of seven his parents relocated to Mumbai where he was introduced to the Bollywood film and music scene. He recalls: “I used to sing for a band, and my hair just became long suddenly, and I was like a rock band guy. I remember I did a rock show and the bar chose to pay us a certain something and I was like, what is it going to be? It was a bottle of whiskey, and that kind of nailed it for because you can't earn money in music.”
He explains that following this awakening he “cut his hair” and got serious about education. He completed a degree and shortly after Keigan flew to Auckland, New Zealand to attend ad school. “The truth is I've always been a musician, but I had to do this for money and then I realised that I'm pretty okay at this also.
“But I could not live this life without being a musician, honestly, I can live this life by maybe giving up being an advertising guy, there's no way in which I would live this one life without being a proper musician.”
To pursue his love of music Keigan has been spending time in the studio, recently with Bollywood singer Richa Sharma, who he jokes “dictates time” due to their session which lasted from 9pm to 4am, though this has given him food for thought when looking at his day job. “Advertising is the craziest day desk job in the world. It's the most ironic day job in the world, there’s no doubt about that.”
Aside from a passion for the arts, Keigan is dedicated to stepping into his new role at FCB Ulka and growing the business in the best ways he can. “The first layer is to widen and amplify the business of FCB Ulka. There's also two big cities that will come under my jurisdiction which are Bangalore and Bombay.” Overseeing the two offices has given Keigan a chance to reflect on the industry in India and what he calls “the film from India”.
He explains: “I think I'm a hyper storyteller. And the film we did recently which won two Clios for Tata Trust has shown me that I'm happy to do ad films in that gut wrenching, maybe arty short film style. In India, most creative people have a holy grail; they're coming into advertising, but they actually want to be in Bollywood. Maybe it's a way in which I can fulfil their so-called aspirations to Bollywood and bloody well bump up the creative quotient and bump up the fiction quotient.
“I'm cool to be melodramatic and I'm cool for someone to cry watching this film. That's what I love to do. There is something called an Indian film. So maybe let's put out some more dramatic, unsubtle Indian stuff.”
Speaking of Bollywood, this is an industry that Keigan himself is also keen to get into. In fact, he had opportunities to showcase some of his melodies in films but found the process of having to present work to lead actors instead of directors a tiresome one. Though, he adds to watch this space: “There's no doubt that within the next six months, I'm going to be going and watching myself and doing everything unadvertising. It's so satisfying to create, to put a song together to put the chords together to make it, and then doubly satisfying because people like this thing called creativity, it makes you famous and gives you appreciation. There can't be a better thing to do in a lifetime.”
With a pretty hectic schedule and so much he wants to achieve in the future, Keigan eagerly sums up how he feels about it all: “It’s an interesting time creativity wise.” Watch this space…

FCB India Champions the 'Steel Within' Women for Elegant Steels

Planning for the Best: The Business of Talking to Humans with Saad Khan