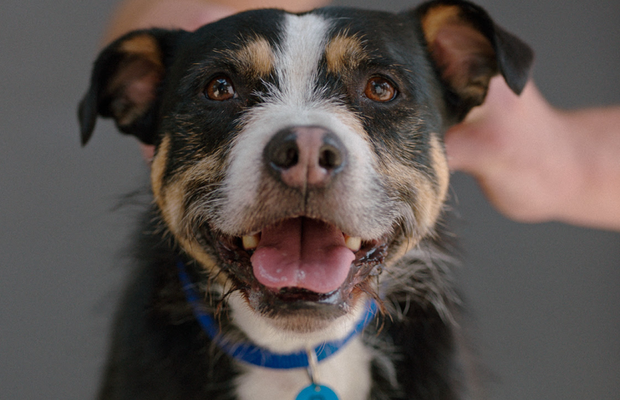 FCB Inferno is back with another joyous campaign, continuing to reframe rescue for leading animal welfare charity, Battersea.

When it comes to getting a pet dog or cat many people think breed first. Influenced by the breeds of dog they see in the park or the cats they see on their social feed, people often decide on the type of dog or cat they want and then seek out a breeder. This can sometimes make rescuing a pet an after-thought that is quickly forgotten. To get people to think rescue first, the agency needed to make rescue pets a visible part of day-to-day life.

Wear Blue for Rescue gives every rescue pet, owner and supporter the chance to help make rescue a more visible part of culture, declaring our love for the wonderful, quirky rescue dogs and cats who just need a second chance in life.

A key part of Wear Blue for Rescue is launching the Rescue symbol, a new symbol of support for rescue animals around the world. We’re calling on everyone to show their love for rescues and unite behind the Rescue symbol. Together we can show the world how wonderful rescues are, and prove once and for all that they’re desirable, not damaged.

The campaign launched with a 30-second film on TV and social assets. Directed by two-time Emmy and BAFTA winner Mateo Willis, the film shows how Wear Blue for Rescue spreads from the doors of Battersea and out into the world. Featuring real rescue animals, it’s a joyful celebration that encourages viewers to wear the Rescue symbol themselves, share their love of rescue animals and donate to Battersea to help them give second chances to rescue animals everywhere.

We begin on a smiling staffie proudly wearing the Rescue symbol before strutting away from Battersea’s London centre. From there, we flash through several sassy cats, who are seen by a scruffy dog in a back garden. His gaze transitions us into a lurcher out for a sunny stroll, who then takes us to a couple taking a picture of their small dog on a park bench. The picture itself brings us to another man and his dog near a fountain, with the dog barking appreciatively at the photo. We then see a child drawing the rescue symbol on a garden wall before ending with a high-energy montage of dogs and cats all proudly wearing the Rescue symbol.

The film is set to the track 'Ready for the Good Life' by Paloma Faith with a voice-over from Battersea ambassador Greg James.

The Rescue symbol even went up in lights on 18 September, with the symbol appearing at the top of Tower 42 in London and was proudly worn by actor Tom Hardy during his press junket for Venom 2 which prompted a spike in visits to the Wear Blue for Rescue product page on the Battersea website. With an exciting media partnership, Lad Bible will shine a light on rescue animals, making rescues the hottest trend by taking over London Fashion week on a runway for rescue cats and dogs as a means to support the rescue movement, with three episodes from the 1 October.

Queens Park Rangers are also fully behind the campaign and as part of Battersea’s match takeover, will be displaying the symbol on their pitch hoardings during a home game against Birmingham City on 28 September. The players will also be wearing the symbol as part of their training kit and the 30-second film will be played in the stadium at halftime.