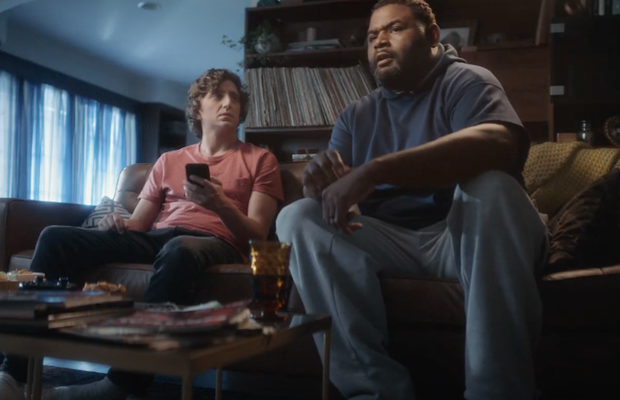 FanDuel, the premier gaming destination in the United States, and its agency of record, BBH NY, are launching a new national campaign to promote the NFL season.

That’s the premise of the What Could Be Simpler? campaign from FanDuel and BBH NY, which suggests that you’d have to go to some pretty extreme lengths to make betting on this season’s games any easier than with FanDuel. Directed by Mike Warzin of Arts & Sciences, the flight of entertainingly off-beat ads explores other ways FanDuel might simplify fantasy sports and sports betting, going so far as to hire former NFL players, coaches and even a falcon to streamline the experience.

In one ad, Hall of Famer Orlando Pace literally helps you place your bet using your own hand, while in another we see Former Patriots All-Pro nose tackle Vince Wilfork minimising risk on game day by trying all your food for you. Other spots include an odd couple featuring coach Jeff Fisher and his new buddy Tony, and a scarier than ever James Harrison.

Slated to run throughout the NFL season, the campaign highlights FanDuel’s simple-to-use product in a series of seven unique 30-second spots and complementary social and digital content.

This campaign from FanDuel - with its engaging demeanor, big-name NFL stars, and cinematic technique - signals the sports-tech brand’s ability to stand out as an entertainment company and category leader in a cluttered marketplace.

“There is a ton of pent up demand and excitement for football coming back, especially given how challenging the last few months have been. So, we centred our campaign this season around how easy-to-use FanDuel is, in the only way we know how – by being absurdly focused on fans." - Mike Raffensperger, FanDuel CMO.

“We loved working with FanDuel and helping them stand out as an absurdly fan-focused sports entertainment company. And selfishly, it was one of the most fun and rewarding projects that I’ve been involved within years.” - Jonathan Mackler, BBH NY executive creative director/head of creative.

Director of Photography (US): Max Goldman