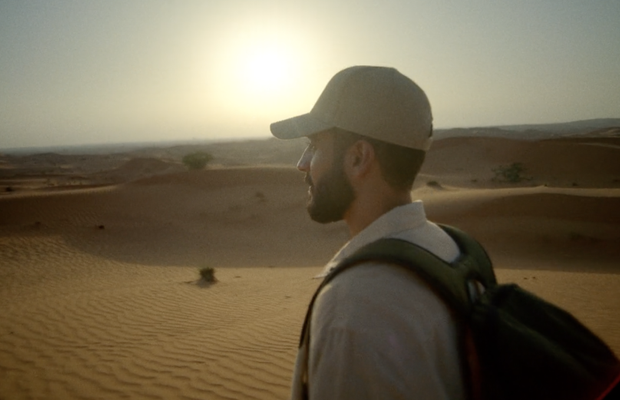 This cinematic campaign aims to put Ras Al Khaimah or accronimlily RAK on the map, so to speak. RAK is the future of the United Arab Emirates tourism; boasting sustainable and nature focussed travel. The film carries an air of adventure and exploration, that takes us “From the sea to the sky”.

Ras Al Khaimah is a hidden gem of a country in the heart of the UEA, that boasts 7000 years of history but is now looking to the future, encouraging new visitors to #LiveYourMoments.

Toby Walsham, executive producer: “The opportunity to work with an agency as exciting as Beautiful Destinations, who are rewriting the agency format (they grew from an Instagram travel account, which I love) was something we had to jump at.

While Ras al Khaimah is absolutely gorgeous, shooting in 45 degree heat absolutely was not. Ras Al Khaimah, also has no film infrastructure which made this project a fun challenge. Despite these obstacles, we are super proud of the film and delighted this is our first production with Ivan, and we look forward to many more.”

Director Ivan Jurado: “To condense such a varied and fascinating county into a few minutes is no easy feat; but I believe we were able to capture all these beautiful aspects in a snapshot way, kind of like a holiday photo album. I was totally captivated by the country and hope to return one day myself as a tourist rather than a director!”

Trend Forecasting: How to Predict the Future

FAMILIA Signs Ivan Jurado for UK, US and Amsterdam Representation