EllaOne's 'My Morning After' Breaks the Taboos Around Emergency Contraception

Edited by the Assembly Rooms, touching female-focused campaign ‘My Morning After’ was devised by creative agency Havas London 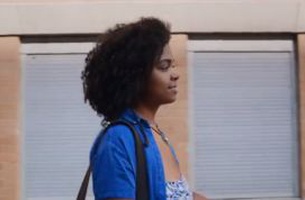 ‘My Morning After’ – devised by creative agency Havas London – is ellaOne’s first major campaign since it became available over the counter without a prescription in the UK in 2015.

Targeting women aged between 18 and 25, it largely comprises digital and social media activity and centres around a positive, defiant manifesto empowering women who have had unprotected sex or whose contraceptive method has failed.

It’s the morning after the night before
I know what they’re thinking, and I feel insecure
So an accident happened, this much I know
We were together last night, yet I feel so alone

Because this body is mine
I can still be protected
Decisions like this, they should be respected

A baby? Maybe. One day, we’ll see
But what I’m doing right now is the right thing for me
Because it’s my future. I am my own master

It’s my life. My rules. My Morning After.

These words were brought to life through a 60’ film following the stories of five women from different backgrounds, but with at least one thing in common: they’re all taking control of their morning after. An honest, authentic and relatable portrayal shot by Pulse Films’ Stella Scott, it aims to remove the societal and emotional barriers to entry by normalising the use of ellaOne when contraception has failed – while simultaneously celebrating women being in control of their own bodies.

More from The Assembly Rooms