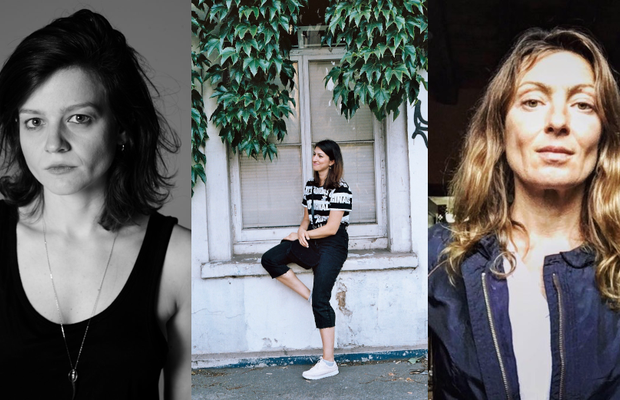 Different in style and personality, both strengthen El Colony’s roster for international representation.

Strictly speaking, Carolina joined just before the pandemic, but as soon as news emerged from China, international travel was put on hold. During the past year, Carolina focused on local and remote work – the effortless, touching Volvo 'Potatoes'; a series of films for Skol bursting with party energy barely contained by lockdown, a fun-filled, all too familiar nightmare of small kids in lockdown for Facebook and her latest – Mercado Livre (Carolina’s reel). 2020 also brought her an international EMMY for Netflix TV series 'Nobody’s looking', where Carolina is a co-creator.

An accomplished, award-winning screenwriter and filmmaker, a powerhouse of ideas not afraid of diversifying her style, Carolina has a talent for effortless storytelling. A sought-after commercial director, Carolina is an ex-agency creative - an experience a few directors may say is a great asset in their work in TVCs.

Carolina’s six short films, combined, gained more than 60 awards – firmly putting Carolina amongst 'the world’s most exciting new filmmakers' according to IndieWire. She is currently in prep on her new feature to be shot in the summer of 2021. One of Carolina’s short films – The Orphan – is available on MUBI. “A ravishing tale of a young person’s quest for approval and belonging”, The Orphan won the Queer Palm award at Cannes Film Festival.

Somayeh Jafari, an Iranian born director and photographer, joined El Colony in the summer 2020. Her work combines her documentary experience with an eye for the cinematic moments and delicate beauty. From fashion to short films, her personal history is often layered into her work, sometimes raw, often poetic. The story of her own heritage and self-identity becomes interlaced with her subject matter to produce an intimate and highly feminine language on-screen.

From the tactile and intimate language of 'The Wound is Where The Light Enters' – a short created by Somayeh, to the raw energy of youth in Nike and Puma, Somayeh is the new one to watch.

An addition to the film talent pool - el Colony’s owner, ex-Saatchi & Saatchi creative, award-winning filmmaker and screenwriter Olga Rozanova is currently working on her debut feature - a high-budget co-production drama set in the 1970s Soviet Union, based on a book 'Alone in the Ocean'. The film is prepped to go into production in 2022, starring Danila Kozlovsky.

Penned by Olga Rozanova and developed over the past two years, the pic is produced by Artem Vasilyev of Metrafilms, Roman Borisevich of Plan 9 and Konstantin Buslov of RB Production, and co-produced by André Logie of Belgium’s Panache Prods.

The Wound is Where the light enters

Colourist: Thomas Mangham at The Mill

Nike, A collaboration between South London dance group "The Movement Factory" and musician Shy One

Let Your Fun Side Loose with Magnum Matcha’s Latest Spot