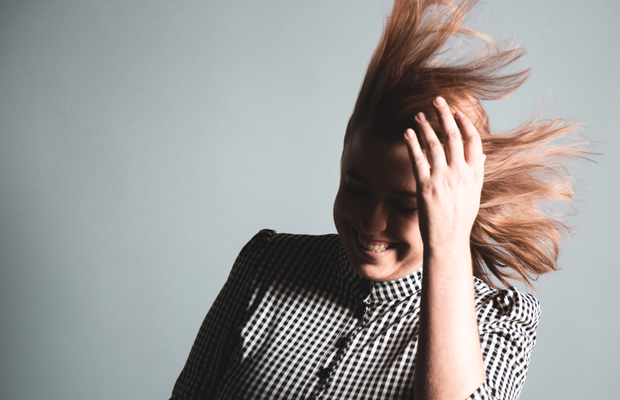 Scheme Engine has welcomed award-winning director and writer Kimberly Stuckwisch to their talented roster. This is her first U.S. commercial representation.

With a childhood spent in a tight-knit Midwest farming community, Kimberly Stuckwisch understands that social issues aren’t abstractions; they are all around us, ingrained in our daily lives. From a young age she began writing plays and short stories, which she would then perform, direct, shoot, and edit. Following one unexpected path after another, she gained experience through a diverse range of creative roles in filmmaking. After landing the position of 1st Assistant Director with an indie film, she went on to become a highly respected producer of 18 features before returning to her first love: directing.

In 2020, Stuckwisch exploded onto the directorial scene with several highly acclaimed music videos including “Someone Else’s Problem” for Jeremy Ivey, which won Best Rock Video/Newcomer at the 2021 UK Music Video Award (UKMVA). Headlining issues like homelessness and climate change, the film is emblematic of Stuckwisch’s rare gift to bring today’s most pressing social issues into the cinematic landscape in contemporary and creative ways. She took home Gold for Best International Music Video at the Kinsale Shark Awards for Samm Henshaw’s “The World Is Mine”; and for Broken Bells’ “Good Luck” video, she won the New Generation Award at the Berlin Commercial Awards, two bronze Clios for “Best Music Video” and “Direction,” and was shortlisted for a UKMVA and a 1.4 Award.

Stuckwisch directed Olivia Rodrigo's 27-minute concert film Sour Prom, a hyperreal journey to and through a prom, nominated for Best Special Video Project at the UKMVAs. In fashion, she directed the films Jungle Red and Lightning Strikes, a musical starring Karen Elson, for Jeremy Scott and Moschino. She was shortlisted at the 2021 shots Awards for "New Director of the Year” and is in competition at the MVPAs for Best New Director. Currently, Stuckwisch is finishing production on her first feature-length documentary, The Kids Are Not Alright.

"Kimberly is a superstar in our community,” notes EP Sheira Rees-Davies. “I have known her for years and applaud her light-speed progress in directing over the past two years. We are committed to focusing on diverse, young, and exciting directors, and Kimberley is a lovely complement to our roster. We look forward to supporting her artistry and strong creative vision.”

“I am thrilled to be joining the talented roster at SCHEME ENGINE,” says Stuckwisch. “The creative pulse and boundary-breaking vitality that lies at their core is in sync with my own process and values. Together, I believe we’ll be able to continue breaking through boundaries while making memorable films in the process.”

“Kimberly brings invaluable life and filmmaking experience to directing,” says EP Jannie McInnes. “It’s rare to find a new director armed with such technical chops and narrative muscle behind visually striking imagery. She also brings a deeply respectful and positive attitude to working environments.  We are so thrilled to have her join the family!”

SCHEME ENGINE is a BIPOC-owned creative studio and production/post-production company. With a strong focus on women and minority representation, their roster of directors and in-house creatives – including producers, editors, and composers – are committed to magnifying essential and overlooked perspectives. Collectively, they share a desire to tell stories with integrity and purpose, with context both local and global.