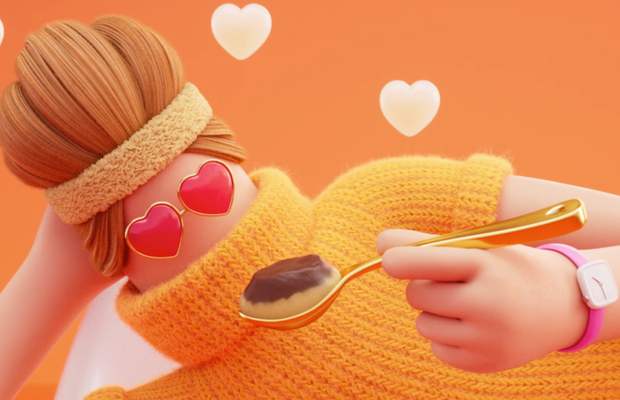 If you love something, don’t you just want to spoon it? That was the creative inspiration behind the introductory launch of Colliders refrigerated desserts, the new partnership between Kraft Heinz and Hershey that brings you your favourite candies in cool new spoonable combinations.

COLLIDERS will be supported through a 360 national marketing campaign, 'Love it. Spoon it'. The campaign, produced by Leo Burnett, features the candy lover in all of us, who just wants to spoon his favourite candy (Reese’s), as we watch him go on a tunes-filled, mouth-watering tour of the cool and creamy desserts. The animated hero was initially developed by well-known 2D illustrator, Ana Duje. Psyop animation house transformed the candy fan into lively 3D form.