“Despite Everything, There’s a Real Sense of Optimism Right Now”

Ramzi Ibrahim, creative director at Cheil Worldwide, reflects on the magic behind Dubai’s creative success, why compromising on craft isn’t an option, and how learning to take a step back helped him to become a better leader 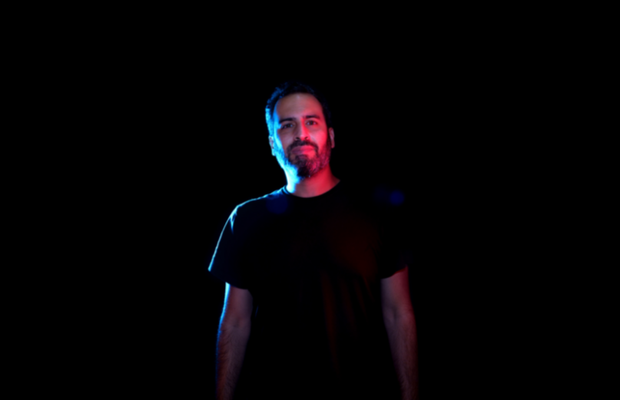 BIG KAHUNA FILMS, the award-winning creative production house based in Dubai and Beirut, is proud to support creativity across the Middle East. Over the coming months, as part of our sponsorship of LBB’s United Arab Emirates, Lebanon and Kingdom of Saudi Arabia editions, we’ll be speaking to some of the great minds driving creativity forward across the region.

Today we meet Ramzi Ibrahim, Creative Director at Cheil Worldwide, based in Dubai. Over the course of his career, Ramzi has built up an enviable mastery of creativity throughout the Middle East. Whether it be launching Iraq’s first credit card, introducing the world’s favourite beverage to Lebanon, or redefining the user experience for Samsung in Dubai, you’d be hard pressed to find a more knowledgeable perspective on the region’s creative industry. Here, Ramzi talks us through getting his first big career breakthrough, the campaigns he remembers most fondly, and why, despite everything that’s happened this past year, he can’t help feeling optimistic.

Q> Hi, Ramzi! Thanks for taking the time to chat. First things first, when did you first realise that you were ‘a creative’?

Ramzi> Hello! That depends how far back you want me to go. In my childhood, I might have been one of those kids called ‘artistic’ because I drew slightly better than others, but I don’t think that directly leads to being a “creative” in our industry.

Every day, there are people who do other types of work, who solve problems in creative ways. That form of pervasive creativity might have done well in advertising, too.

I did use a graphing calculator to draw people and objects using quadratic equations in school… Maybe that was an indication of always wanting to sketch, even in math class. Or just shows I’m a geek!

Q> And you studied Graphic Design at the American University of Beirut (AUB). Did you always have the idea that you were going to work in advertising after that?

Ramzi> I was always a collector of posters, print ads, covers, and that sort of thing. But I had never seriously considered a career in it. I’d always admired it almost as a fan when I was a kid. Design school was a last-minute idea, and ultimately so was advertising. I had initially thought I’d move into animation afterwards, but at some point in my 3rd year I enjoyed a couple of advertising workshops by a regional creative director. It got me an internship at the agency that he was leading, and the rest is history.

Q> Over the course of your career, you’ve worked predominantly in Beirut before moving to Dubai. How would you describe the difference between the two cities’ creative cultures?

Ramzi> Dubai brings a richness of many cultures and stories, with over 200 nationalities living and working within it. With that, you get to work with experienced talents from all over the world, and the countless exhibitions and events always provide a source of inspiration.

Beirut has a creative history which produces a lot of talent. Art and creativity are steeped into its walls and streets, and it’s always been open to the outside world, absorbing knowledge and trends, and giving back as well; whether in design, film, advertising, or fashion.

Its abundance and renewal has so far prevented creativity from getting lost there, in spite of all the hardships.

Q> More broadly, how have you seen the region’s creative culture evolve over the course of your career so far? In what ways is the industry different now?

Ramzi> Roles in the industry were well-defined for decades. Now, there are more specialties to address the limitless media channels, reporting, and online presence. We have dedicated units handling the development and management of our clients’ dotcoms and e-stores.

Creative and media channels now overlap with retail, and the previous distinction between marketing and sales roles have blended together more. While there has always been a debate around speed vs craft, social media and being ‘relevant in the moment’ has skewed the conversation towards speed. Compromise on craft isn’t exactly an option, so workarounds and more specialties within agencies have been a way to deal with it.

Q> And you’ve helped some enormous brands make a big impact in the Middle East, including giving Iraq its first credit card. Is there one campaign which stands out as especially significant in your career so far?

Ramzi> The campaigns that made a real difference for the brands and clients are the ones I remember most. What we’ve recently done in Cheil UAE with Samsung Gulf in collaboration with regional artists Flipparachi and Daffy, and using a song to engage people to create #withGalaxy, was great fun and produced great results. 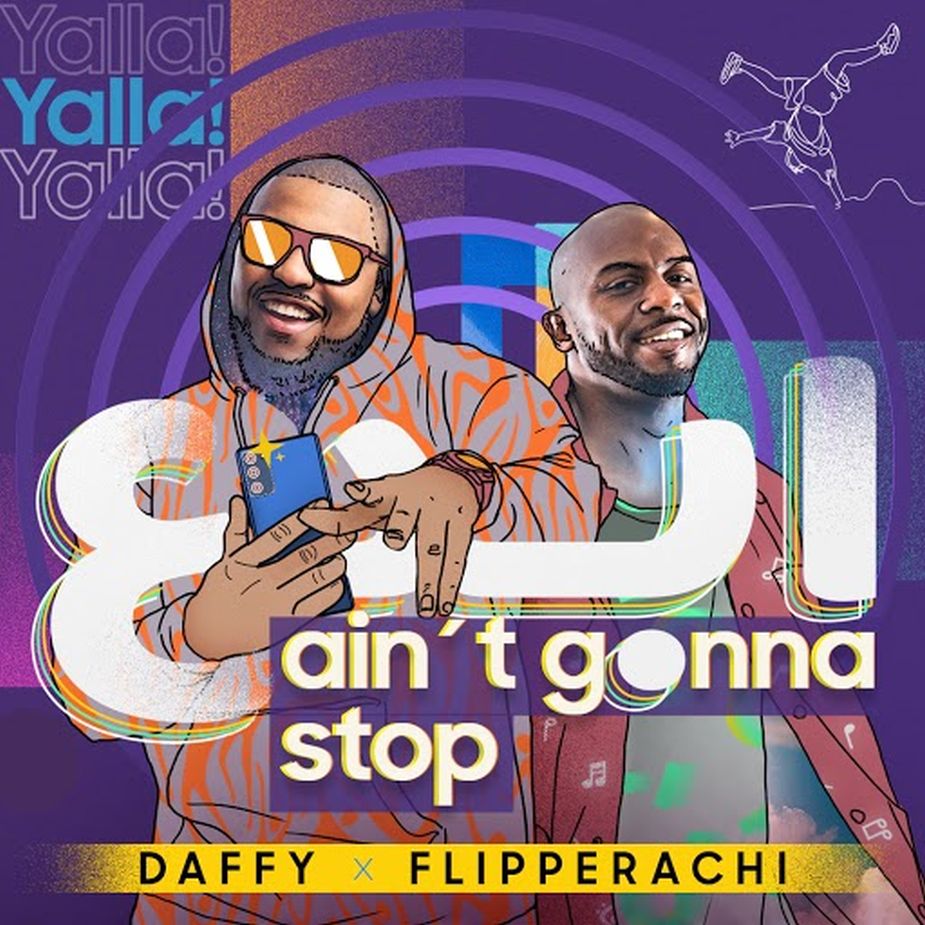 Above: The #withGalaxy campaign offered the chance to star in a music video with Flipperachi and Daffy.

Our current work with Energizer Lights Japan to grow awareness in a rich and crowded market by creating our own Manga adventure series is something that we’re constantly evolving and reaching more people with. On top of that, our in-production campaigns for Volkswagen will feature a storyline in which we know more about the car through episodic mystery flashbacks. But above all, the most significant campaign is always the next one.

Q> Over the course of your career, you’ve worked as a designer, art director, a strategist and of course as a creative director. Do you feel that you’re drawing on all of these disciplines in your role today?

Ramzi> Creative Directors rely on their experiences to be able to lead and create, and thinking strategically is integral to doing it better. Any less than that and the role becomes a caricature of itself or, to better phrase it for the age of social, it becomes a meme. The role can’t be one that doesn’t accept ideas and work that didn’t originate from your own head. Good ideas and people have to be nurtured and supported. Knowing when to take the lead and when to step back, giving room for ideas to grow, is essential.

Q> Can you talk me through an average day in your role as creative director at Cheil Worldwide?

Ramzi> Most of the time there’s a plan, but within 10 minutes of my day starting, it’s been disrupted!

The day mostly involves recapping on different ongoing projects and brainstorming, discussing new briefs coming in, working with production houses and partners, meeting and presenting to clients, putting internal developmental plans into action, and discussing new ideas and insights. The balance of these always shifts, depending on priorities.

Q> What kind of an impact has the Coronavirus pandemic had on your work? And do you feel positive about how the region is moving forward into 2021?

Ramzi> When the gravity of the situation became clear in the beginning of 2020, it sparked a lot of reassessments. In the industry, the biggest impact was on physical retail plans and experiences. We are a heavily digital-focused agency, and some of our clients have a highly developed presence online through dotcom, e-store and social, most of which we support.

The circumstances forced them to rely even more heavily on digital, because they were in a great position to do so. For other clients, 2020 accelerated what we had been working on together to strengthen their online presence and establish e-commerce. Luckily we were able to marshal our expertise and numbers to be able to meet all of that. For other brands, the circumstances forced a delay in product launches and campaign productions, some of which we’re working on now.

Luckily, and in spite of everything, there’s a feeling of optimism now. I think that’s because of how fast the vaccination campaign has rolled out and advanced in the UAE, and people are now more hopeful that they’ll be safely seeing their families

Q> Finally, what advice would you give to a young creative person looking to get into the industry today?

Ramzi> There are so many ways that creatives can put their different talents into use now, and showcasing an idea is no longer dependent on a small number of impenetrable and influential media platforms. So it’s really important to have an interest and a thirst to experiment with techniques. The next big trend is no longer weeks or months away, it’s going to happen tomorrow. It’s just dependent on who dares to do things differently.

Areej Mahmoud: “Industries Change, but Stories Have Existed Since the Dawn of Humanity”