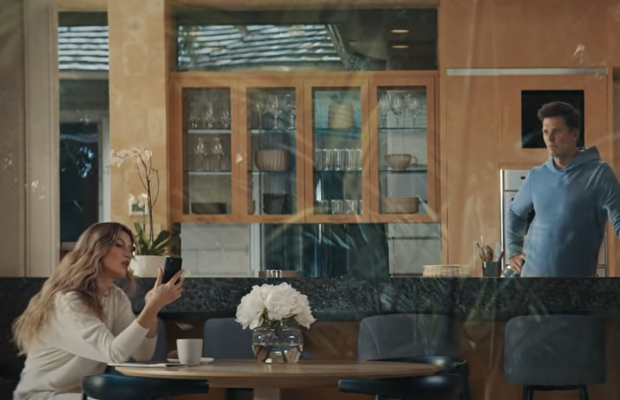 Following this summer’s announcement by NFL quarterback Tom Brady and supermodel and businesswoman Gisele Bundchen that they were taking an equity stake in FTX, the power couple is making their commercial debut in support of the crypto exchange platform – the first time the duo has appeared together in commercials.

Created in partnership with FTX’s newly appointed agency of record dentsuMB, the series of longform spots build on the core insight of the brand’s initial advertising foray: whether in life, business, or sports, the game changers see the future before it happens. They know where things are going, and prepare for a future that hasn’t arrived yet. The campaign makes clear that FTX can democratise the crypto category and make crypto trading accessible to everyone.

To tell this story, in the first spot launching during the NFL kickoff game in Tampa Bay, dentsuMB tapped into sports culture and humour to play on some of the most intense rivalries in the NFL, from a cameo by famous New York Jets superfan Fireman Ed to the love/hate relationship New England fans now have with Tom Brady. A second spot will launch in October, and the campaign will run through the fall during NFL broadcasts, on Hulu/CTV, and on digital and social platforms.

“The rules of finance are being upended and FTX is leading the charge, which makes this an incredible space to play within,” said Menno Kluin, Chief Creative Officer of dentsu’s creative offering in the US. “The fact that FTX is establishing partnerships with icons in all fields, particularly Tom and Gisele, indicates the impact and acceleration of crypto and signals that we're entering an exciting new phase. This effort is meant to complement this not-so-distant future by removing information barriers and welcoming mass adoption, ultimately tackling the initial hesitation that comes with the new and unfamiliar.”

In recent months, FTX has been making power moves to establish itself as a major player in the crypto space in the US, doubling down on sports marketing investments and broad awareness efforts. This summer alone, they became the first cryptocurrency exchange to sponsor a professional sports league via a five-year deal with Major League Baseball, made a $135 million deal to make the Miami Heat’s home court the FTX Arena, and snapped up field naming rights to FTX Field at California Memorial Stadium for $17.5 million over the next ten years. They’re investing another $20 million in media to support this latest advertising push starting Tom and Gisele – and they’re just getting warmed up.