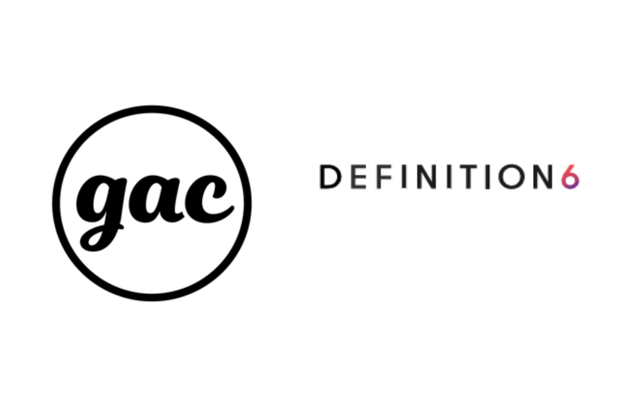 Led by SVP/creative director Crystal Hall, D6 developed the comprehensive creative strategy and visual brand identity for the new GAC family of networks, working closely with Bill Abbott, president & CEO of GAC Media, who conceived the brands behind a mission to revitalize and invest in timeless and entertaining programming that can be enjoyed by the entire family.

“The D6 team approached this ambitious project with a tremendous amount of enthusiasm and successfully brought our brand vision to life for our new flagship networks,” said Bill. “Fan feedback has been incredible, and we look forward to using this momentum to launch our original slate of family-friendly Christmas programming this holiday season.”

In bringing these brand values to market, D6 was tasked with visually and tonally articulating two distinct entertainment brands in GAC Family and GAC Living; moreover, to reinforce the larger GAC Media brand and its dedication to creating family-friendly content across multiple genres and touchpoints. From creative strategy to execution, D6 handled the holistic branding and launch initiative under one roof. Deliverables included network logos, mnemonics, on-air graphics packages, a launch promo campaign, and websites.

“We wanted the brand identity of each network to express a sense of family, joy, and togetherness in their own unique way, making the viewer feel at home, whether they are tuning in or engaging with GAC content and talent online,” explains Crystal. “As both GAC Family and GAC Living hang their hats on the celebrations that bring families together, we future-fitted these brands so they could evolve with the seasons in a unified way.”

D6 kicked off the project with logo explorations, landing on a circular concept alluding to themes around family and home. Designed with matching lock-ups, the GAC Family and GAC Living logos both feature an encircled GAC 'brand stamp' in a lower-case script font. The words 'Family' and 'Living,' respectively, are oriented to the right using the same typeface.

Extending the circle concept to the on-air look and motion language, D6 incorporated the circles as a mortise for promos, station IDs, bumps, and more. The network mnemonics, composed by DEFINITION 6 VP of Sound Dan O’Sullivan, melodically underscore the logo while reinforcing the brand equity in the new acronymic spelling and positioning of GAC.

GAC Family and GAC Living are distinguished by colour schemes reflective of the unique content offerings of each channel. For GAC Family, D6 composed a modular colour palette of rich, warm colours reminiscent of the holidays, seasons, and occasions its programming will celebrate. Conversely, the team made use of cooler colours to express the lively unscripted lifestyle content presented on GAC Living. While also celebrating the seasons, a focus on southern and country living and network talent remains at the forefront.

To celebrate the launch of the networks, D6’s creative editorial team produced the launch campaign, highlighted by an anthem promo announcing GAC Family and GAC Living, as well as promos for the upcoming 'Great American Christmas' slate of original films.

“GAC Family and GAC Living are not just channels, they are destinations,” says Rich Rosario, D6 creative director and producer on this effort. “Bill and his team wanted to establish Great American Channels as a trusted, welcoming place for its viewers, so we set out to do just that. From the design and colour choices to the use of imagery and sound, we strove to create a haven where people come together to celebrate and experience life's most festive and special moments.”

“Bill and his team approached us with a deep understanding of their audience, and a bold vision of how to embrace, engage, and entertain them,” concludes Hall. “We knew what was at stake and what these brands mean to them, so we were honoured they entrusted us to launch not one, but two distinct networks from the ground up. It was also a refreshing and welcome opportunity for us to showcase what’s possible when clients tap into our fully integrated offerings as an agency. We look forward to building on the momentum of GAC Family and GAC Living, as these channels become the go-to destination for family viewing experiences.”