With campaign created by Publicis•Poke, the thirty second ad airing on TV and online today had Dacia use its principles of smart engineering and ingenuity 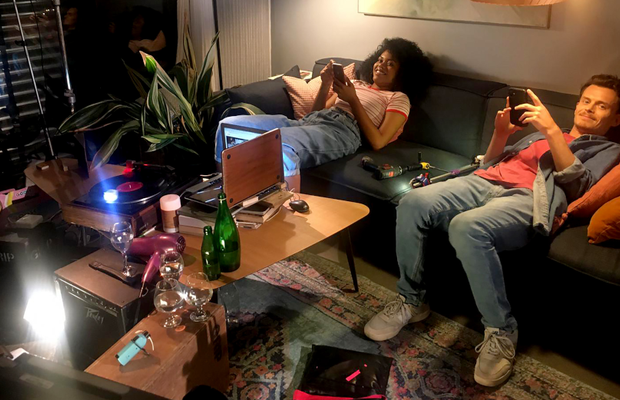 Dacia, the best value car brand in the UK, has launched a TV ad to show that when you apply Dacia’s smart engineering and ingenuity to the world of marketing, you can make a little go a long way. With UK lockdown restrictions easing, Dacia aims to be front of mind for those thinking of buying an award-winning car on a lower budget.
Where many car brands might balk at the idea of creating an advert without a full production crew, hired actors and budget, Dacia saw an opportunity to use the same smart thinking that it uses in its alternative business model and efficient engineering to make an advert for the times. Created by Publicis•Poke, the 30-second spot was directed and produced by Vania & Muggia through Iconoclast Films, and shot in their flat in Tel Aviv. It took four weeks to produce using three laptops, a drill, a record player, some bike lights and a 1:43 scale model of a Dacia Duster.
The film opens on an epic tracking shot of a Dacia Duster with all the hallmarks of the typical car commercial. Streetlights sweep past, revealing the curves of the bodywork and the spinning alloy wheels. The LED headlights flare in the camera lens. Wind and driving sounds can be heard as the music kicks in.
In a slow move, the camera pulls back from the car, but all is not as it seems. As laptop keyboards and people start coming into frame, we realise the car is not full size, but a scale model sat on top of one laptop screens playing a rolling road video with another laptop providing the backdrop for the illusion. As the camera pulls back further, it is revealed that the music isn’t simply a soundtrack but is being played in realtime by one of the video creators using glasses and bottles filled with water. Back further still we see that a carefully positioned hairdryer is creating the sound of the road and even the narration is being delivered in realtime via speakerphone.
Dacia produces spacious, robust, high-quality vehicles of original design that are affordable for everybody, starting from £6,995. The advert will run on TV, online video and to support the latest ‘Three Months On Us’ offer, where customers looking to buy a new Dacia can get the car they want, with no deposit or monthly payment costs for three months of ownership.
Adam Wood, marketing director at Dacia UK says: “Dacia is able to offer high quality and robust vehicles for little cash outlay, not as a result of scrimping on quality, but through ingenious engineering and the use of proven technology. We wanted to apply the same principles to our latest TV advert and this approach was more relevant than ever due to production restrictions as a result of lockdown. As with our model line-up, it’s impressive how much you can achieve with a little.”
Executive creative director at Publicis•Poke, Dave Monk, adds: “Lockdown has put restrictions on the creative industries like never before, but constraints always bring out the most inventive thinking. Dacia is a car brand that prides itself on its affordable ingenious engineering, so it made sense that the work we made was an affordable ingenious little production in itself. ‘Ingenious Productions’ is a platform born out of recent times, but should have a lot of miles left in its tank.”

Investment Manager Ninety One Shows 'Change is Inevitable' in Campaign