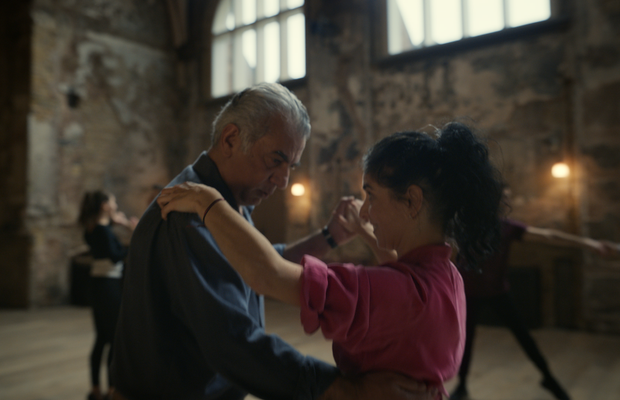 Western Union, a global leader in cross-border, cross-currency money movement and payments, launched a new global campaign to recognise the heartfelt motivations of its customers to send money back to family and loved ones. The ‘send more than money' campaign created by BBH London spotlights the ultimate effect of sending money – possibilities, opportunities, love, and support.

The integrated launch campaign brings to life with authenticity the countless reasons money is sent worldwide between global citizens and the family and loved ones in their homelands, powering a powerful exchange of economic flows hinged on sending more than just money.

It brings to life the role of Western Union customers and the significant contributions they make in their loved ones’ lives, strengthening their connections to the people and all the places they call ‘home.’ The global campaign, rolled out across 160 markets, comprises TV, print, radio, digital and social.

The films, shot by Joe Connor at Rogue, depict people receiving money from loved ones via the Western Union app, highlighting how Western Union connects people seamlessly across the world. Through emotive and poignant storytelling, the films shine a light on the fact that when people send money, they send possibilities, opportunities, love, and support.

In ‘Violinist’, a real-life 11-year-old violinist takes centre stage after receiving a message from her brother who has sent money home so her ‘dreams can become a reality’. It features a rendition of Tchaikovsky’s ‘Sleeping Beauty’.

In ‘Dance Lessons’, a daughter transfers money to her father via the Western Union app so he can take up classes to confidently enjoy the first dance at her wedding.

The films are in multiple cross-channel activations, including radio and a bold, distinctive digital campaign. These executions create a new tone of voice for the brand in a conventionally functional category, which sets it apart.

Ewan Paterson, BBH creative director, said: “Money transfers aren’t just financial transactions, they are stories of love, help, and life-changing opportunities. ‘Send More Than Money’ is a campaign that delivers the wonderful, heart-warming benefit of what Western Union does every single day.”

Michael Abbott, Western Union director of global marketing strategy and brand, said: “BBH stepped up with the idea that brings the truth of our customers to life.  Money transfer strengthens the deep emotional connections between sender and receiver, and the Western Union app makes it quick and easy for millions of customers to have that impact.”

Western Union celebrates its 170th anniversary in 2021. The company serves more than 150m customers worldwide, with its global network spanning more than 200 countries and territories and over 130 currencies. Through sustained investment in its technological capabilities, Western Union has today online sending capabilities in 75 send countries and app sending capabilities in over 50 of those countries, with delivery through one of the world’s widest reaching networks, accessing billions of bank accounts, millions of digital wallets, and cards, and over half a million-retail locations.

Person-to-person (“P2P”) international transfers, or remittances, sent by global citizens to their homelands represent the largest foreign economic support structure for developing economies, according to a new report by Oxford Economics, The Remittance Effect: A Lifeline for Developing Economies Through the Pandemic and Into Recovery commissioned by Western Union.