Targeted partnership from Spark Foundry and AMV BBDO is a first for Currys PC World, and sees Jimmy Bullard and Jermaine Jenas selecting their large-screen TV ahead of the Euros with the help of an in store expert colleague 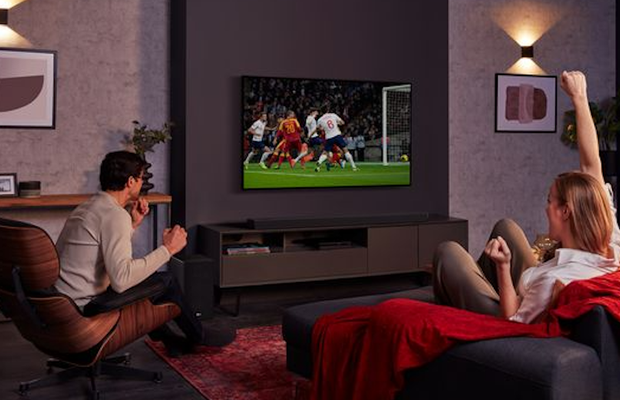 The Sky Media partnership launches on 15th May with two exclusive TV adverts, licensed by Sky Sports  and BT Sport, called ‘The team behind the team’, which aims to highlight the expertise and dedication of Currys’ colleagues. The creative features footballing pundits and ex-players Jimmy Bullard (Sky Sports) and Jermaine Jenas (BT Sport) getting ready for 'the big game' with a Currys PC World store colleague, as they discuss the importance of expert guidance in shaping performance.

Each version of the partnership’s TV creative will be introduced and endorsed by Sky Sports and BT  Sport before airing across the respective Linear TV channel during Sky Media’s big summer of sport including Premier League, UEFA Champions League and the Emirates FA Cup. Using Sky Media’s  addressable TV technology AdSmart, it will also target men aged between 18 and 54 who are keen tech adopters. Further integrating the partnership, Broadcaster VoD and Sky AdVance will be used to extend and retarget the campaign’s TV reach across and beyond Sky’s digital portfolio, driving audiences to a dedicated hub for the Currys promotion.

As well as the ads with famous sporting stars, the retailer has also created three 30-second TV ads for the campaign which puts tech to the ultimate test with British comedian and actress Ellie Taylor. She showcases just how incredible the tech is at Currys PC World and how a LG, Sony or Samsung TV can enhance the customer’s experience when watching sport this summer.

Broadcasting across a mix of TV channels throughout May and June, all five new TV adverts feature  Reiha, a tech expert from Currys PC World in Newcastle, focussing on the importance of sound, reflections on screen and picture quality. The TVs are put through their paces with some genuine tech testing; including blindfolding a goalkeeper to test whether the sound really is directional. Each advert  ends by promoting an amazing offer whereby 1 in 20 customers can get their money back on their TV.

Corin Mills, head of brand, comms and planning at Currys PC World: “This is new territory for Currys PC World, and a big step change from our approach to media and TV creative. The partnership with Sky brings a highly targeted, football rich multi-asset campaign that allows us to unify social, TV and our audiences in a fluid and exciting way.”

He continues: “Our ultimate test TV adverts are all about our amazing colleagues providing expert  advice – with a little bit of added fun for viewers. There’s so much more to buying a TV than just picking one of the shelves, which is why we didn’t just do one or two adverts, but rather a mini-series to help show how our experts can help customers pick the right TV for them and their lifestyle.

It’s also been great to work with some amazing sporting talent that we know our shoppers will love, including Jermain Jenas and Jimmy Bullard, as well as comedian Ellie Taylor, who have all really helped us bring the campaign to life.”

Steve Corley, chief commercial officer at Spark Foundry: “The partnership marks a significant acceleration of Currys PC World’s media strategy. We’ve moved away from our usual price point promotion to create an integrated, data-led partnership across Sky and BT Sports; channels  synonymous with sporting events such as the Euros. For the first time, we are harnessing high-profile sports talent to amplify the expertise of Currys’ employees with ‘the team behind the team’ message and have utilised new elements of personalisation, such as Dynamic video, to drive relevance and cut through.”

Sarah Jones, director of planning at Sky Media said: “Sky Media is truly the home of sport with Sky Sports and our partners at BT Sport and we’re delighted to make it the home of Currys’ summer of sport campaign this year. This fully integrated partnership is a really fun idea to get people excited about returning to Currys PC stores and football stadia in the near future. In the meantime, the Currys staff and our football talent will make sure fans are equipped with the best viewing tech for  match days.”

The adverts were developed and produced by AMV BBDO and the Currys PC World’s team, alongside  media partners Spark Foundry who worked with Sky Media to develop the Sky Sports and BT Sport partnerships.

British Rail Industry Gets Back on Track with Biggest Campaign Yet

Location Spotlight: The Many Wonders of Malaysia