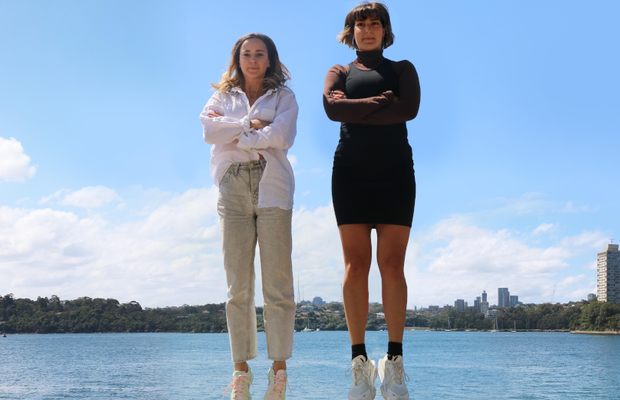 Cass Jam and Fee Millist partnered up as a creative team at CHEP in 2020 where they’re now creative directors. Cass started her career in Sydney before moving to Leo Burnett London and leading campaigns for McDonald’s and Kellogg’s. With a career spanning close to a decade, Fee honed her craft in Sydney, working at the likes of Saatchi & Saatchi, DDB and BWM. Their work has been recognised at every major award show from One Show to D&AD, Cannes to Spikes.

Cass&Fee> We complement each other's personalities - Fee is the more introverted observer, Cass is the extroverted orator. And we compliment you, your outfit is fire today.
We get along so well there is a chance we were separated at birth. A very, very slim chance given we were born in different countries, on different days, in different years, to different parents, but a chance nonetheless. Although we come from different worlds, the key thing we have in common is a complete and utter respect for the other's brain. A close second to that is our shared sense of humour and fierce ambition (it’s a tied second).
Fee> What is a person? Am I a person? How do you know? Are we all living in the simulation and in reality I’m just a houseplant hooked up to some wires waiting for my next drink of water? Are we just dolphins that grew legs and forgot how to eee eee eee click click eeeee? Am I the kind of creative who likes to think about and question the question? AM I? AM I? Please water me now.
When I’m not questioning my existence, I enjoy doing embroidery which is sort of like colouring in, except the crayons can, and will, stab you. 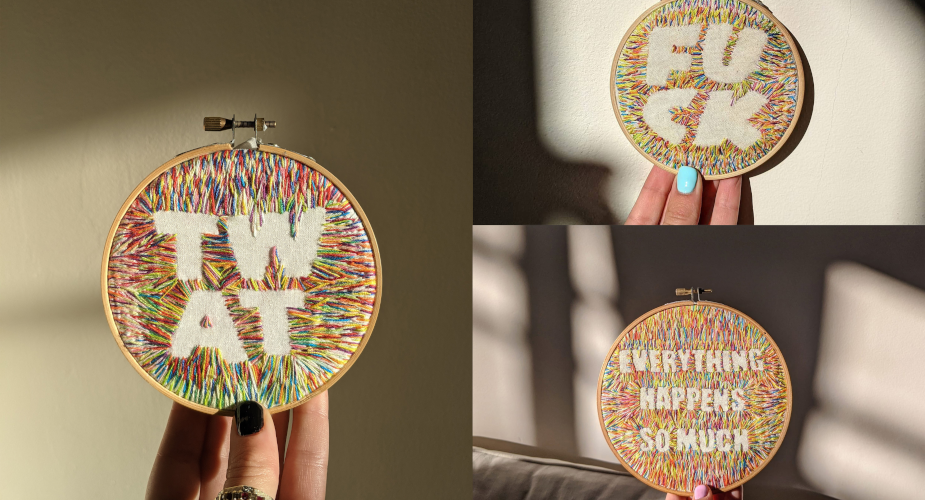 Cass> To me, creativity is a lot like athletic ability. Some people are born natural athletes, some have to work at it. Being the fastest runner in primary school won’t get you to the Olympics unless you keep working at it. And being the slowest runner doesn't mean you’ll never make it. Creativity is a muscle that gets stronger the more you flex it.
I started singing in a band the same year I started advertising. It’s a creative outlet that has nothing to do with art directing. Whether it’s writing lyrics, belting out songs, or playing guitar (badly), music making soothes the soul. 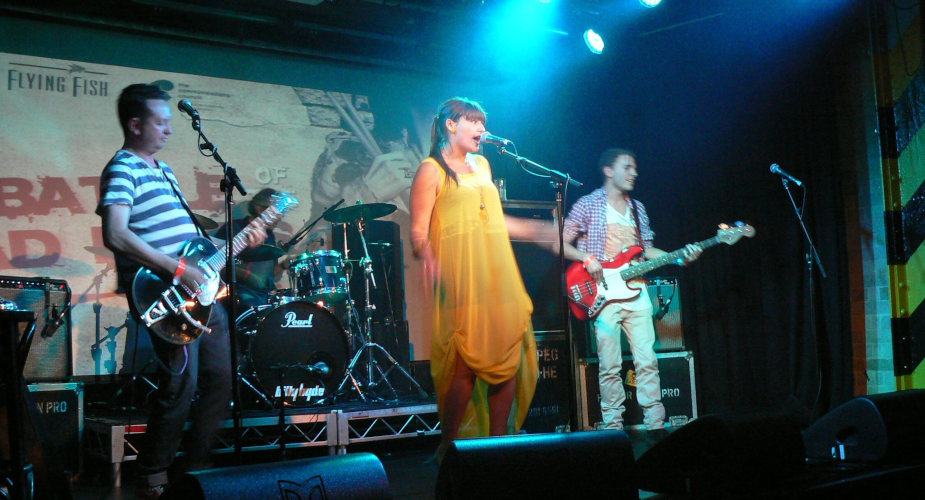 Cass& Fee> The best work is based on true insights. This is something that will never change, the insights may change as society progresses, and culture shifts, but advertising’s reliance on them will not. Insights are at the centre of all good ideas, they’re just executed in 4D now.
There’s a lot of work we’ve done that lives up to this. Some of our favourites include: putting CPR instructions on rash vests (the one item of clothing all Aussie kids wear in the water), making doggy haute couture with IKEA bags, writing a kids’ book to destigmatise IVF and launching a Samsung phone with a pair of jeans that Apple users can’t wear. Some were more worthy, some more irreverent but all were grounded in real insights.
Fee> What Cass said.
Cass> What Fee said.

Cass & Fee> Shhhhh. Can you hear that? It’s the sound of us both thinking. We like to kick things off with some quiet/headphones-on time, individually interrogating a brief before we come together to collaborate with anyone. We’re not precious about where an idea comes from, but we are hard on the craft of its execution.
Cass> It’s much easier to come up with good, interesting ideas if you’re having fun. When Fee and I come together to concept it needs to be analogue, pen and paper, no screens. *Waving my hands about with gusto* ‘Fee, hear me out… ‘VogueCoin’... it’s like crypto, but you pay for things by voguing’.
Fee> A new brief is never a blank canvas. It’s a canvas covered in the total sum of your life experiences. The more interested in the world you are, the more interesting your start point for any brief. I listen to a lot of podcasts (favourites include: No Such Thing As A Fish, RadioLab, Everything is Alive, Reply All, The Daily, Background Briefing). I like to read (just finished reading Blink and now reading Beautiful World, Where Are You) and try to get to a comedy show or gig at least once a week. I find inspiration often comes from living and rarely from watching case studies.

Cass & Fee> Cass spent five years working in London and Fee lived in the English countryside until she was 11. This means we’re both fluent in British slang and Fee can hoot like an owl, creative skills that are sure to come in handy...any day now…
Fee> What external factors have shaped my creativity? My parents raised me on a robust diet of Blackadder, Monty Python and Harry Potter. I think I’ve always had a thing for words, both reading and writing them. I wrote my first novel at age two. It wasn’t in English, or any recognisable language for that matter, and I opted for the less traditional ‘crayon on sofa’ over ‘pen on paper’. But the intent was there. With this passion in mind, I took the natural next step and made the incredibly logical decision to study science at uni.
Although I didn't finish the degree I loved the problem solving style of thinking and learning about everything from toad brains to the bystander effect. I’ve found copywriting to be the perfect fit for my curious, word-loving brain.
I grew up competitive distance running. Training was gruelling, I’d often run to the point of throwing up. Then keep running. I think set me in good stead for a life in advertising, instilling a determination to keep running at a brief again and again and again even if it starts to hurt.a.little.final.final_V1000_2.doc 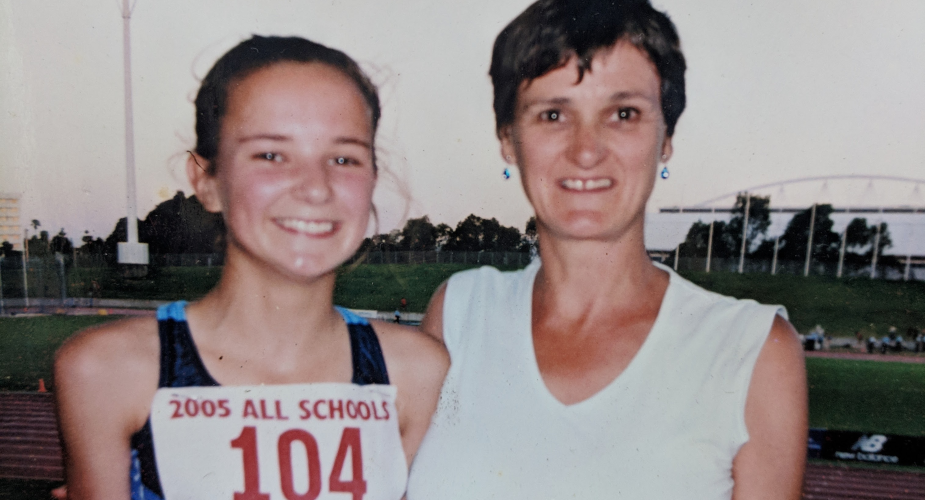 Cass> My family is Armenian so I grew up in Sydney between two worlds. In classic migrant parent style there was no PlayStation, no Simpsons and no rest during my childhood. Extra curricular activities were non-negotiable, as was Armenian school on Saturdays. Not to say I didn’t have fun, but I quickly learnt that there are some things you do because you enjoy them, and some things you do because “լավ է ձեզ համար” [it is good for you].
I found out at a young age that I enjoyed being creative. I came out of the womb finger painting (visceral, apologies if you’re eating). In school I was hanging out in the art dept working on my major work instead of smoking behind the sheds. I went on to study glass blowing, then jewellery making, illustration, graphic design and spent my weekends doing production design on a low budget zombie apocalypse film. I paid my way through uni as a caricature artist for hire. I’ve lived many different lives, but all of them have been grounded in one thing - the desire to create. 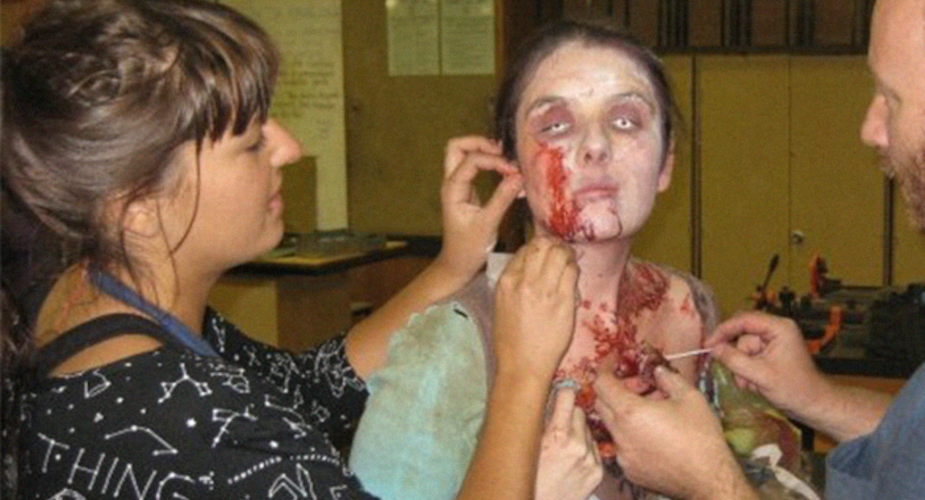 Bossing It: Jonny Berger on Why Precision is Power