The Institute Of Advertising Practitioners In Ireland, Thu, Jun 03, 2021

Creative director and board director at Publicis Dublin, Carol Lambert, on the fascinating details of comics, working across multiple formats and the change she’d like to see in Irish education 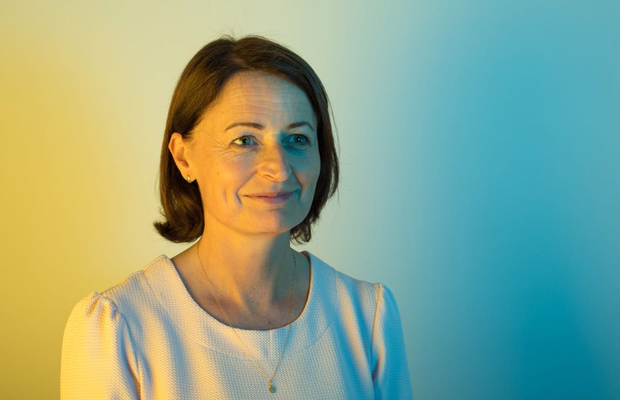 Publicis Dublin's Carol Lambert has over 25 years of experience in advertising and brand building. She is a board creative director at Publicis Dublin with a background in art direction.
Carol served as president of ICAD (Institute of Creative Advertising and Design) and on numerous ICAD boards. She also served on the board of IAPI and The Kinsale Shark Awards.
She has multiple award wins at various national and international creative award shows. She’s worked on many leading brands such as Heinz, Levi’s, Guinness, Eircell, Meteor, Vhi Healthcare, TG4 and Iarnród Éireann. Carol has judged at numerous award shows both nationally and internationally, sitting on One Show juries, Lisbon Festival and Cannes Lions.

LBB> You said when we spoke once before that you were into art from an early age. Can you tell us about what you loved most about it and your relationship to it?

Carol> When I was really young (about seven or eight) my dad used to buy me the Beano, Judy and Bunty comics on a Friday evening. The comic editions came out once a week so I had to make them last for seven days until the new ones were available the following Friday. By Sunday morning all three were read, so I’d use the rest of the week to go back over all the stories and analyse all the picture frames. The illustrators always had little surprises in the frames, small things that didn’t add to the story, but had been included for the illustrator’s enjoyment. I’d spend the rest of the week finding those little details and I learned to really appreciate them. There was always something else to find and enjoy. That’s where my huge appreciation for attention to detail began.

LBB> What other things were big influences on you growing up?

Carol> My dad always wanted to do art but he never got the opportunity to do so growing up, as he came from a large family and he started working to support the household from the age of 14. So he shared that love of art with me and it started with the comics but then progressed to handwriting. He’d spend time with me showing me how handwriting could look really beautiful. Back in his time, everyone really developed handwriting as an important skill and you can see that from old war letters. He bought me a calligraphy pen and ink and books on different styles of calligraphy. I spent hours working with different nib widths to create different styles. So that early lesson gave me an interest in typography and the flow of letters.

LBB> And how did art drive you towards advertising eventually?

Carol> I came from a working class family. There was no extra cash lying around. When I finished school I had hoped to go to art college, but couldn’t afford four years in college or university trying to get a degree and at the same time support myself. So my personal situation meant that I had to make anything I did creatively lead to a salary quickly. I had to make it commercial. So I researched how I could still do creativity but apply it to a practical career. Found a course in Art Direction that would lead to a diploma after two years and also had a very high success rate of getting the students jobs afterwards. I got offered my first role as an art director before I had even finished my first year.

LBB> What's the best part of your job?

Carol> Working with so many different types of people with a wide variety of skills and interests. Different photographers, directors, illustrators. It’s never boring and I’m always learning. I also work with two other amazing creative directors: Ronan Nulty and Ger Roe. The three of us are so different but it’s a great partnership and we’re really close and they make me laugh every day. I miss their stupid jokes and messy eating and messy desks in lockdown.

LBB> What work are you most proud of recently?

Carol> I’ve worked on Iarnród Éireann (Irish Rail) for the last few years and it’s become a really creative account. Our creative teams fight over the briefs. So I’m incredibly proud to have built up a brilliant relationship with the client and there’s great respect and trust there. That part of my job I’m really proud of. I also work for Vhi Healthcare and developed a campaign and brand for the client that propelled them to lead the healthcare category.

LBB> What do you see as the biggest changes and developments in the Irish ad landscape in recent years?

Carol> We have more tools available to help brands develop and become successful. So our skills set has broadened hugely. We’re building websites, doing social campaigns, events, short films, podcasts, radio, outdoor, print, TV etc. There’s never been a better time to show off creativity in so many different areas. With that comes a need for marketeers to really understand their audiences and how to interact with them.

LBB> Is there any work that has come out of Ireland that you wished the world had heard more about?

LBB> What sort of projects would you like to be more involved with?

Carol> I find creativity incredibly important for every facet of Irish life. I feel that in Ireland our system of education is one dimensional and we don’t have enough flexibility to allow creativity to flourish. Being creative is seen as a luxury. Something to do as a hobby and not be taken seriously. Having an education system that allows for different ways of thinking is vital. So if there was another project I’d like to be involved with, it’s lobbying our government for prioritising creativity and developing a society and way of living that encourages freedom of expression and exceptional thinking.

LBB> What advice would you give to up and coming Irish creatives looking to take their work to the next level?

Carol> Attention to detail is absolutely everything. Put as much effort into that, as you do the idea. Never give up on a good idea. Be as involved in selling it as you are in making it. Be open to feedback and making your idea better. Keep it simple.

More from The Institute Of Advertising Practitioners In Ireland

IAPI Urges You to 'Choose Words That Heal, Not Hurt' for BeLongTo 2021