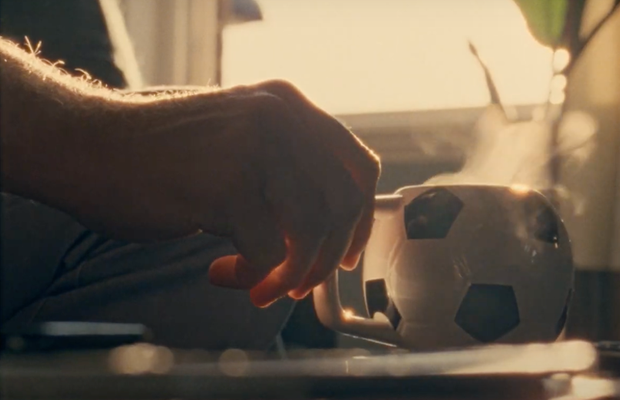 The ad spot has launched and will run throughout the tournament. It shows a passionate football fan watching three matches over the course of three days, from an edge-of-the-seat nil-nil to a battle between the underdogs. Each day is punctuated by the fan unlocking a Matchday Stamp on his phone. The mechanic rewards fans with a free £5 bet for every three days that they bet.

The film is supported by multiple cross-channel activations, including dynamic radio ads, print and digital.

Coral is also continuing its partnership with JOE Media and has commissioned seven All To Play For podcasts for the tournament. The host, Joe Cole, will be joined by a big-name guest on each episode offering pre-match insights and expertise to fans.

The integrated campaign has also seen Coral assemble a panel of 24 experts, one from each country in the tournament, including football legends Alan Shearer, Ally McCoist and Dean Saunders, who will provide in-depth analysis on every team, and every match. The Coral Matchday squad of experts is made up of journalists and pundits from every nation competing in the tournament, giving Coral customers the inside track on every team, from Portugal to Finland, and Wales to Slovakia.

Chris Brocklehurst, head of brand marketing at Coral says; “We know that passionate football fans will have an interest in every game during the European Championships, not just the home nation matches or the big fixtures. For customers who’ll be betting every day, Matchday Rewards is a campaign that rewards loyalty throughout the tournament”.

Nick Gill, BBH creative director says: “The Coral bettor is the guy that runs home to watch Austria v North Macedonia. He loves international football. Whether it's a goal-less draw or a match of the underdogs, he won't miss a game this summer. To him, every match day matters. This film titled '3 Big Days' describes his passion for the tournament as he takes a punt on 3 European Championship 2020 games and is rewarded with a £5.00 free bet thanks to Matchday Rewards from Coral.”