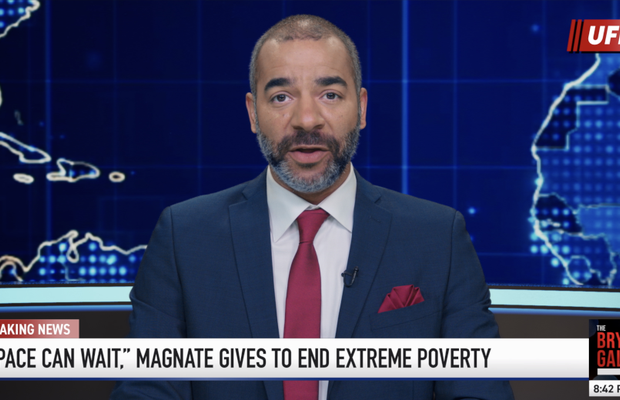 Just last year, an additional 150 million people were plunged into extreme poverty, which means they are now trying to survive on less than $1.90 per day.

Meanwhile, billionaires are racing to space.

In an advertising campaign titled #UnfortunatelyFakeNews, Concern will launch over 50 fake news headlines that report on real, tangible things the wealthiest, most powerful entities could do to end extreme poverty.

Utilising language, sentence structure, typography, and layout design, typical of a reputable newspaper or major news network, each headline appears to be real, until it lands upon a reveal and a CTA:

To drive the point home, and even put the heat on corporations and people who could (but are not) helping to end extreme poverty, #UnfortunatelyFakeNews will appear in high-profile, strategically-placed, out-of-home units in major cities. 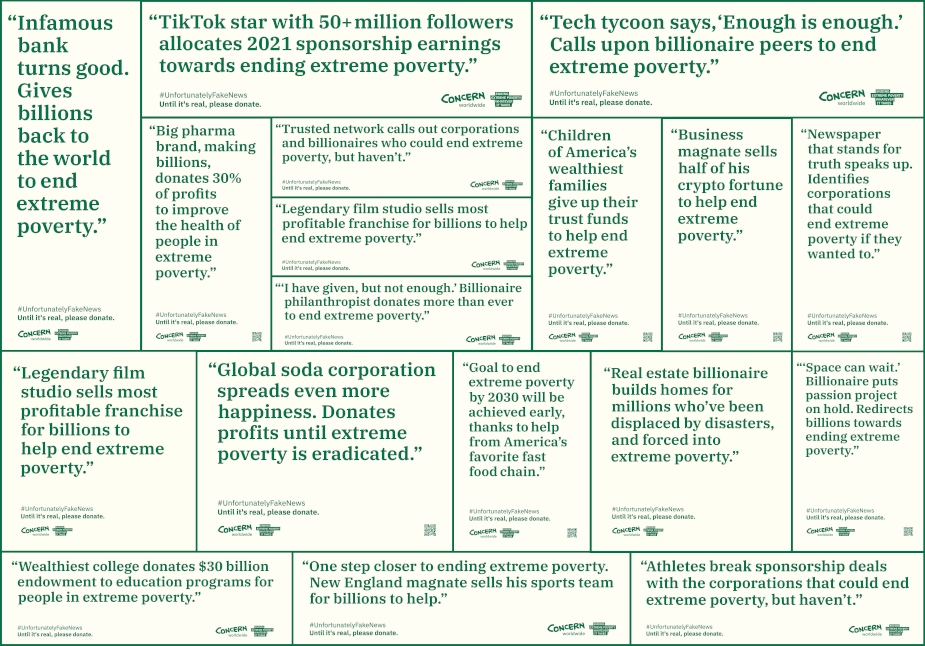 Audio ads will run on podcast networks like Crooked Media and NPR.

The campaign will also appear across Facebook, Instagram, LinkedIn, Twitter, and Youtube. Most of these platforms are considered a breeding ground for fake news. But this is the first time they will see fake news being used, and spun, for a good cause.

In effect, Concern is pointing out the unjust disparity between the ultra-wealthy and more than 800 million people living on less than $1.90 per day. Beyond that, Concern is  to calling out the individuals who are best equipped to make a difference… and ultimately exposing the undeniable truth that, with so much wealth in the world today, there is no reason (and no excuse) for extreme poverty to exist.

Colleen Kelly, Concern Worldwide US’s CEO said, “No one person, government, or organization can solve income inequality and extreme poverty on their own - we must all work together. Meaningful change requires all of us to recognize our individual responsibility and use our available resources intentionally, so they have a positive impact on the world. With #UFN we hope to bring more awareness to our crucially important mission of ending extreme poverty, whatever it takes.”