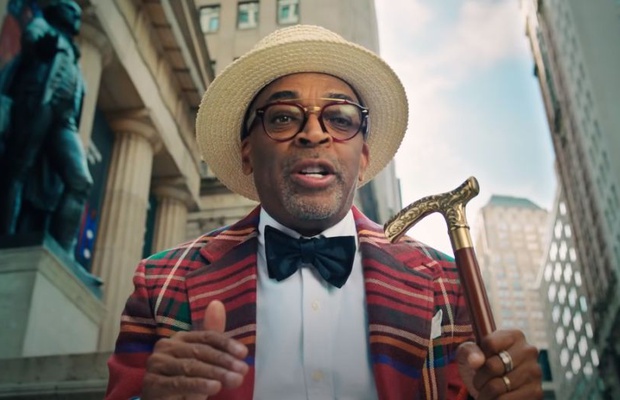 Campbell Ewald with client Coin Cloud, the largest and fastest-growing digital currency machine (DCM) operator in the world, introduce a national ad campaign and short film directed by prolific Oscar-winning filmmaker Spike Lee. The piece makes a simple, but bold statement: Old money is out; new money is in.

“The Currency of Currency” is a raw and honest snapshot of the history of money and the inequalities inherent in legacy U.S. financial systems. From institutions that intentionally exclude communities of color to wealth gaps that threaten the futures of millions of Americans, the ad shines a spotlight on how traditional currency needs another look, as well as the opportunity digital currency provides.

Spike Lee’s masterful storytelling and imagery for Coin Cloud calls for a fresh way to think about money — one that is inclusive, modern and accessible to all.

“Coin Cloud is on the cusp - the cutting edge - of what affects people of color when it comes to finances and access to building wealth,” Spike Lee explained. “Digital currency is viable for not just people of color, but anybody who has been historically excluded from traditional financial systems.”

“We went into this campaign on a mission to spark important dialogue and almost instantly knew that Spike Lee was the perfect person to help us bring it to life,” said Amondo Redmond, Global Chief Marketing Officer at Coin Cloud. “His deep connection with communities of color, plus his track record of contextualizing issues of equality, make him an ideal partner for our goal of making digital currency accessible to all.”

“For me, this campaign is as much a prophecy as it is a look at where we’ve been,” added Redmond. “Beyond generating awareness, my vision is that this campaign not only sparks important dialogue, but introduces marginalized communities to an innovative, new and inclusive way to take control of and grow their wealth.”

Coin Cloud’s multimillion-dollar media campaign will run nationally across cable TV channels including Adult Swim and Comedy Central. It will also appear on YouTube and additional OTT and digital platforms, such as Roku and Reddit. The company partnered with Campbell Ewald, which provided creative and media services.