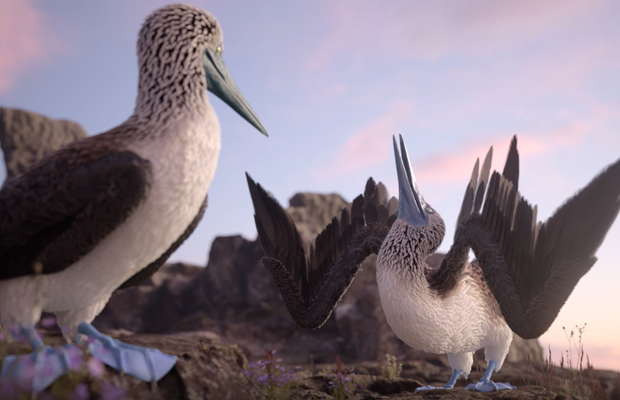 This is the first campaign by BBDO Dublin for Chill Insurance having been awarded the Chill business following a creative review which began in late summer and was appointed in November.

In real life, these birds - native to the Galapagos Islands - perform an elaborate and comical dance to woo their partner, but in the ad, that dance becomes a metaphor for the ritual dance that customers go through to shop for an insurance policy each year, asking the question:

“Why go to all that effort for someone who doesn't care?

Like you with your insurance provider. Move to Chill instead...”

The ad, under the creative direction of Shane O’Brien and Robert Boyle and stunningly brought to life in CGI by Piranha Bar is presented like a nature documentary on the National Geographic Channel. It is only when the narrator comments that the bird is a 'loser' for doing his dance that we realise that something else might be afoot…

The ad concludes with the line: “Don't be like this Booby. Visit chill.ie and avoid the annual insurance dance”.

Said Shane O’Brien, executive creative director at BBDO Dublin: “Creatively, Chill has always delivered their hard-hitting messages in comical scenarios, and we decided to rise to the challenge with the Blue Footed Booby. It's a funny idea that perfectly encapsulates the dance that insurance customers go through. We're very proud of the campaign. This is stand-out work which will drive the brand forward.”

The cross-platform campaign running until mid-March ’22 will see a combination of 30-second adverts with supporting 10-second adverts broadcast across RTÉ, Virgin Media, C4 and Sky networks including Video on Demand. The ads will also be shown for special features during key events such as the Guinness Six Nations and Dancing with the Stars.

Fergal Lynch, head of marketing at Chill, added: “We are very proud of how we had grown Chill over the last six or seven years, but we needed to change gears to reflect Chill’s new place in the insurance category. This new spot is a brave step but an ambitious one, with BBDO matching our ambition for the business's future growth”.

Director: Simon Burke (who also worked on visuals for ‘The Lion King’)