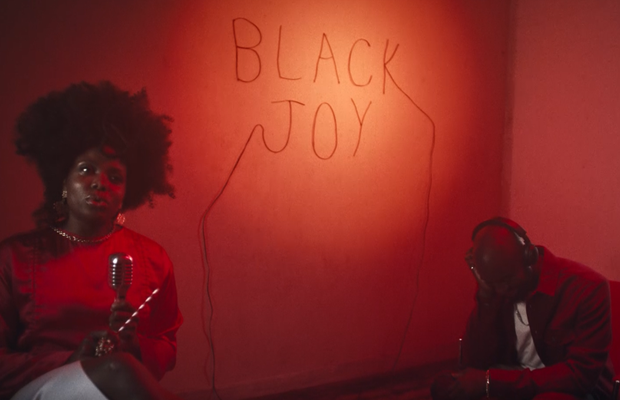 In a world first, Channel 4 has transformed its entire commercial schedule to support its ambitious Black to Front Project. Channel 4’s commercial arm, 4Sales, will only broadcast adverts featuring either a Black lead character or a majority Black cast, to raise awareness and drive conversations around improving Black representation in advertising.

Channel 4’s commitment to take the Black to Front Project beyond its editorial content and into commercial airtime will see a unique collaboration with 70 campaigns from over 60 different brands across 55 linear ad breaks and countless All 4 breaks in programming dedicated to Black lives and Black culture, on Friday 10th September.

Every brand’s advert featured on Channel 4 or around dedicated content on All 4 will feature central Black characters and stories as part of the broadcaster’s wider Black to Front project – an ambitious day of programming that will see Channel 4's entire programming schedule fronted by Black talent.

In addition, every sponsorship brand partner that is on-air on the day has reviewed or updated their ident creative to ensure it aligns with the day’s ambition.

Beyond the core ad breaks, 4Sales is delivering a number of commercial initiatives in support of the wider project:

The Joy of Black, an ad-break takeover

4Sales have teamed up with Direct Line, HSBC, and Tesco for a bespoke ad-break takeover which premieres in the first break of Celebrity Gogglebox at 9pm. The break includes three separate 30 second adverts featuring Black employees from each of the participating brands, giving viewers a glimpse into their personal lives and sharing what brings them joy.

Presented by Channel 4, it will also comprise of a 10-second Channel 4 branded intro, and a 20-second outro with brand logo accreditation.

As part of a drive to engage new Black creative talent in the advertising industry, the campaign was created by a crew which was over 60% Black – well above industry averages for representation.

On All 4, LinkedIn will sponsor a bespoke collection lounge, ‘LinkedIn Conversations For Change’, featuring a range of Black stories from the Channel 4 archive - amplifying Black and Proud.

From a live stream of The Big Breakfast in the morning, to Film4 films and new commissions like Highlife, all adverts around this content on All 4 will prominently feature a Black cast.

To ensure the commercial support of Channel 4’s Black To Front project leaves a lasting legacy for the advertising industry, 4Sales have announced initiatives including:

Channel 4 will also be offering a placement to young Black creatives and also creating an ‘opportunity fund’ to help those seeking to break into the creative side of the advertising industry with living costs.

Verica Djurdjevic, Chief Revenue Officer at Channel 4 said: “At Channel 4 not only are we committed to reflecting the cultural diversity of Britain in our editorial content, but also in our commercial airtime.

“We have seen an incredibly strong appetite from brands and agencies to work with us on this ambitious project to help us achieve Channel 4’s biggest cultural intervention ever. We hope that many of these spots will run beyond this day and herald a step-change in behaviour and a commitment to a lasting legacy for better representation in the TV advertising industry.”