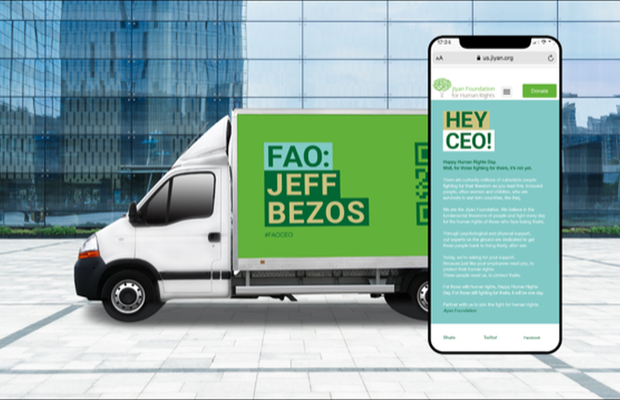 On December 10, 2021, Human Rights Day, the Jiyan Foundation for Human Rights will launch #FAOCEO, a single day LA-based mobile billboard campaign urging the world’s top CEOs and the leadership of companies that offer health services and support to invest in the mental well-being of survivors of terrorism, domestic violence, war, and genocide living in Kurdistan-Iraq, Iraq, and Syria. 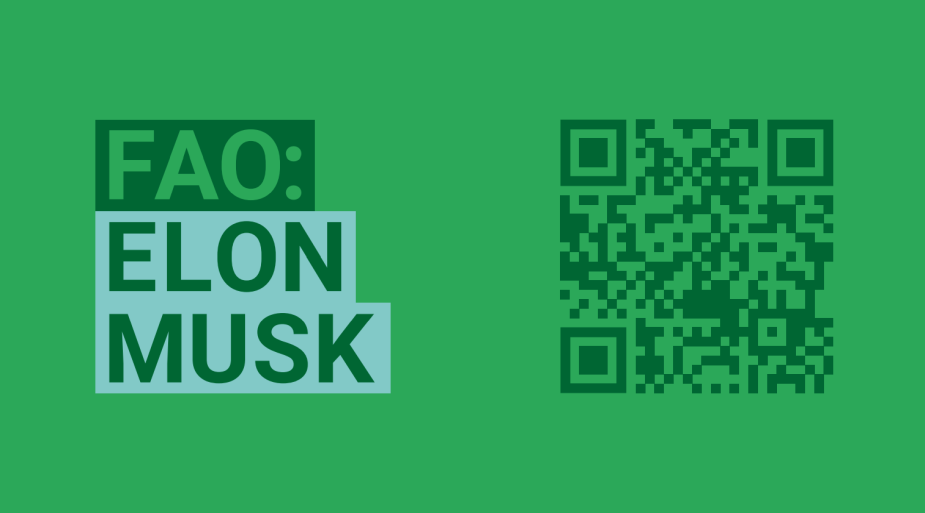 The goal of the campaign is not only to grab the CEO and their company’s attention, but also to enlist the general public in asking the corporate leadership of these companies to expand their Environmental, Social, and Governance (ESG) programs to include mental health support for people living in this region of the world.

“There are millions of people living in Kurdistan-Iraq, Iraq, and Syria who are in desperate need of mental and health care support, and the need keeps growing,” said Jiyan Foundation Head of Public Affairs Joshua Governale. “The conflicts in the region that have been inflicted on them by civil war, terrorism, and outside powers has not only destabilized their communities but also their mental wellbeing leaving many of them at risk of radicalization. The international community, including corporates who are at the forefront of social justices, should commit to providing long-term resources for them.”

“The issues Jiyan Foundation face are real. They’re having to close down treatment centers, which means those who desperately need help don’t get it. We needed to do something immediately,” said Oliver Short and Jennifer Ashton, Creatives at BBH London. “Rather than letting an email get lost in an inbox, we wanted to go direct to the world’s top CEOs. With a public letter that asks for their help. Our roaming billboard acts like a Trojan horse, hijacking corporate-speak, and these CEOs' names, to get their attention (or that of their employees). If it sparks a conversation, that leads to a partnership, then Jiyan can keep doing their life-saving work.”

The collaboration between Jiyan Foundation for Human Rights and BHH London that resulted in the #FAOCEO campaign was made possible by The International Exchange (TIE), a world-leading international leadership program that connects commercial businesses with non-commercial organizations to apply their skills and expertise to solving real-life challenges that affect the world and its poorest and most vulnerable communities.

TIE Founder and CEO Philippa White added: “TIE is thrilled to be working with both BBH and the Jiyan Foundation again. An opportunity for BBH, through the TIE leadership program, to offer diverse challenges to their employees, pushing them in new ways, whilst having the chance to lend their skills to communities that need them most.  It was hugely rewarding for everyone involved to support the Jiyan Foundation and the important work they do in Syria and Iraq. To change the world we need the private and third sectors to come together - and TIE's mission is to make that possible, whilst ensuring everyone comes out stronger as a result. Creative agencies are in a huge position of power and responsibility to lend their creative minds to help solve some of the world’s biggest challenges, and we hope that the success of this unique partnership will inspire other businesses to join TIE in developing their leaders. Better people, better companies, better world.”

How it works: The 12-foot three-panel digital mobile billboard will feature unique QR codes for each CEO that once scanned will send viewers to a webpage containing Jiyan Foundation’s message to each of them. Once on the webpage, viewers will be prompted to share the message on their social media channel with the hashtag # FAOCEO.

To receive the copy of the CEO letters, please contact pr@jiyan.org.

The Route: The mobile billboard will start its route at the SpaceX headquarters in Hawthorne at 7 a.m. PT, then continue to Amazon, Microsoft, Google, Headspace, Healthnet, and then will proceed to Santa Monica, Venice, followed by Mid-city, Brookside, and Hollywood before doing the loop again. The billboard will continue on the loop until 3 p.m. PT.

To receive a detailed map of the route, contact pr@jiyan.org.

Differently Does It: BBH Celebrates 40 Years with Film Competition to Support Next Generation