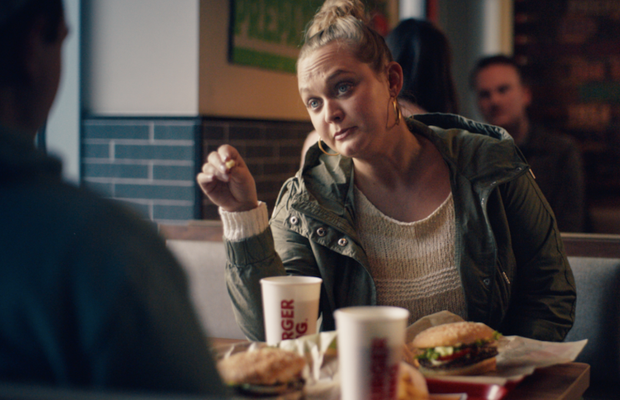 In a world full of fake news and recipe secrecy, Burger King UK is today launching a major new campaign showing the nation that there’s no secrets behind it’s famous Whopper burger: it’s just fire. Whilst Burger King might be synonymous with ‘flame-grilled’ to many, people up and down the country have thought up countless theories behind the product’s secret ingredients. After all, how could the secret possibly be fire? It tastes too good for something so simple.

To put the conspiracies to bed, BBH has created a campaign showing the nation how fire impacts the quality of Burger King’s much-loved food. Rather than being simply a cooking method, the fire represents a key ingredient. In Whopper terms, flame-grilling means a smokey smell. It means locked in juices and intense taste.

Inspired by actual theories from members of the publicon Reddit, the campaign consists of a series of films in which the viewer is immersed in a world of Whopper flavour conspiracy, only to reveal the one and only Burger King secret: fire. The first spot in the series, launching today 17th May, opens on a pair of customers in a Burger King restaurant discussing the theory that the smokey flavour you get in a Whopper is in fact a liquid smoke. The film, directed by Andrew Gaynord, ends on the tagline ‘It’s not a secret. It’s real fire.’

In a first for Burger King UK, the campaign also features an interactive AR experience at digital OOH sites across all major cities in the UK from May 21st. The installations invite passers-by to scan the QR code to activate an Instagram lens. Using the poster as a marker, the smoke comes directly off the Whopper and will lead you in the precise direction of the nearest restaurant.

makemepulse created a series of directional lenses that also offered short and long view smoke to align with the exact positioning of the installation.With a total of six different smoke directions, members of the public are led to the one place to be: Burger King. Because where there’s smoke, there’s fire. And where there’s fire, there’s Whoppers.

The campaign is the first major UK launch of the new branding since its reveal in January.

Felipe Guimarães, creative director at BBH, said: “When I first heard about the crazy conspiracy theories about the Whopper's flavour, I couldn't believe it. Deciding to make those theories the basis for a campaign felt both insightful and quite funny. The result is a series of ads, with characters we can't help but warm to.”

Soco Nunez, marketing director, Burger King UK said: “The Whopper’s secret is that there are No Secrets; Just Fire. It’s that simple. Flame-grilling is what gives the Whopper its unique flavour. In a world of fake news people find it hard to believe the incredible taste of The Whopper can be that simple, but it really is. At Burger King we pride ourselves on being transparent with customers, and offering them great tasting food, so, we won’t be keeping any secrets about our delicious burgers. They’re all real, with no artificial colours, flavours or preservatives.

We’re very excited to launch our AR smoke signals in select locations this week. We’re hopeful the experience will help see customers return through our doors for indoor dining following the easing of Covid restrictions, as well as providing a cheeky reminder of why the Whopper is one of a kind.”