Campaign to activate across above-the-line across TV, OOH, social and digital platforms and bespoke content aired on BT Sport 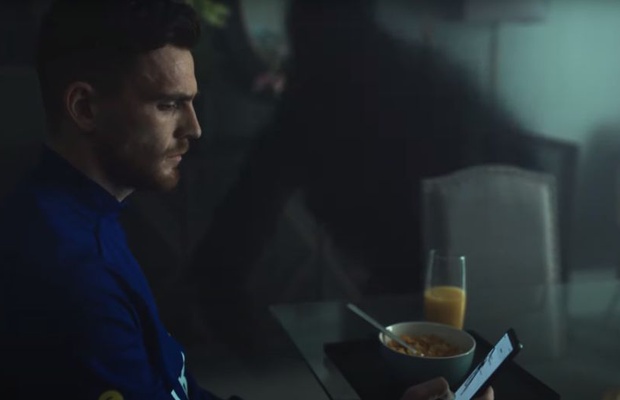 BT has today launched Hope United, a diverse team of footballers who have come together from across the Home Nations to tackle online hate ahead of the UEFA European Championships.

Behind the Hope United team is a multi-million-pound marketing campaign, developed by BT’s advertising partner Saatchi & Saatchi, that will see the squad of footballers come together for the first time.

Recent research, commissioned by BT, revealed that 1 in 10 people have received online abuse in the past year. Comprised of male and female players from England, Wales, Scotland and Northern Ireland, drawn together by their own experiences of online hate, Hope United will drive more support for change and educate the nation on how to protect themselves and be good digital citizens.

The concept of Hope United was developed by Saatchi & Saatchi, in collaboration with BT, with the agency developing the brand identity for the team, along with the creative aspects of the campaign including social media content, TV, OOH and press. The Hope United squad will all be supporting across social media throughout the campaign.

As part of the campaign, a 90-second film, created by Saatchi & Saatchi and directed by Matilda Finn of Stink Films, premiered on BT Sport, during the UEFA Europa League Final on Wednesday 26 May, featuring members of the all-star squad. The film shows a powerful depiction of the shattering impact receiving online hate has.

Saatchi & Saatchi also partnered with Nomad, a design studio with heritage in designing football related iconography, to design the Hope United kit, as well as Digitas to develop the Hope United website and Publicis•Poke on retail display and activation. Media buying has been led by Essence, PR by Pitch Marketing Group and sponsorship by Cake. The campaign will also feature a partnership with Reach PLC, who will support across print and digital media. 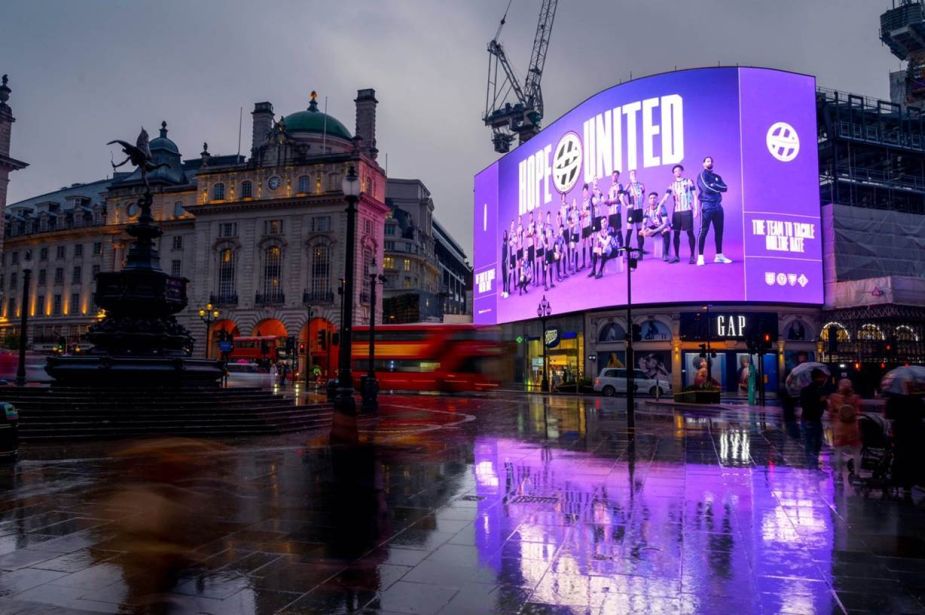 Running from Monday 24th May and throughout the UEFA European Championships, the campaign will activate across BT and BT Sport’s social, digital and broadcast channels, with editorial content being broadcast across BT Sport, helping to spotlight the issue of online hate.

Utilising BT’s sponsorship of the four Home Nations football associations, the Hope United branding will be visible on matchday during the warm-up friendly matches ahead of the Euros, as well as across the UK through bespoke out-of-home buys, including at Trafalgar Square.

Managed by Rio Ferdinand and Karen Carney, Hope United’s squad of footballers, drawing on their own experience of online hate, will feature in BT Tech Tips content, free resources helping to give people the digital skills they need to tackle hate online at a time where the issue is at the forefront of the sporting world. These will cover the following areas and will be launched across the first two weeks of the campaign, made available online and across social media:

· Being our best selves online - we’ve all commented or shared something online that we later wished we hadn’t. It’s easy to forget that digital actions have lasting, real-world consequences. Learn tips on how to become a better digital citizen.

· Supporting our kids online - children have spent an unprecedented amount of time online this year and it hasn’t all been positive. Learn new tactics to support them becoming better digital citizens.

· Being a good team player online – Victims of cyberbullying are increasingly suffering in silence. We can’t assume people are okay just because they’re behind a screen. Let’s unite to fight hate by actively checking in on friends. Let’s join together and commit to spreading hope.

Pete Jeavons, marketing communications director, BT commented: “With the European Championships on the horizon, all eyes will once again be on the footballing world and with the inevitable online hate that comes with this BT is taking action.”

“Our mission is to connect for good and Hope United will galvanise the nation to make a stand against social media hate, providing people with the necessary tools not only to understand the devastating effects of online hate, but also to show them how to be part of the solution. It’s part of our commitment to help 25 million people to make the most of life in the digital world through our Skills for Tomorrow programme.”

“That is why this summer, and as sponsor of the Home Nations, we are asking the country to make Hope United their second team. If everyone stands together, unified through both words and action, hope will emerge victorious over hate.”

Rio Ferdinand, manager of Hope United, commented, “My work, both on and off the pitch, has taught me that there is no hiding place from social media abuse.”

“Passions run high during big football tournaments and having seen the devastating effect that can result from online hate first-hand, it is more important than ever that sport unites to combat it.”

“I am delighted to have been appointed the manager of Hope United.  I’m proud to head up a team of players from across the Home Nations who want to work together in a bid to rase awareness of online hate and encourage people to spread positivity and hope ahead of the Euros this summer.”

Jordan Henderson, Hope United, commented: “Some believe that social media abuse is an inescapable part of life for footballers, and Hope United want to show that this does not have to be the case.

“It is great to see footballers from England, Scotland, Wales and Northern Ireland join together with BT in a bid to give people the digital skills they need to understand how they can be part of the solution against online hate, particularly at a time when interest in football will be at its peak.”

Guillermo Vega, CCO, Saatchi & Saatchi, said: “This is a unique campaign in how it’s come together, in connecting the most powerful names in the game, Bale, Rashford, Bronze among others, and uniting them in a powerful action around tackling online hate. Everything about this has been collaborative and integrated from the start, with BT, with the players, with the partners we worked with, covering the development of the idea, the identity, the kit, TV, comms, influencer outreach, social media. Bringing all of those elements and people together to unite in one powerful message during one of the biggest moments in the football calendar, is significant. The influence and power this team, and this campaign, can have to drive positive change in the game and beyond, is huge.”

Hope United will contribute towards BT Skills for Tomorrow’s ambitious target to reach 25 million people with the skills they need to make the most of life in the digital world. In line with BT’s purpose to Connect for Good, the new ambition aims to help more people across the UK have the skills they need to stay connected, tackle the digital divide and support the UK’s economic recovery.

BT’s Tech Tips campaign helped people navigate a virtual world in response to Covid-19, with 5.76m people learning or doing something new with tech as a result of the campaign. BT is using this Tech Tips platform to educate on the impact of online abuse and give people the skills to play their part in countering online abuse.