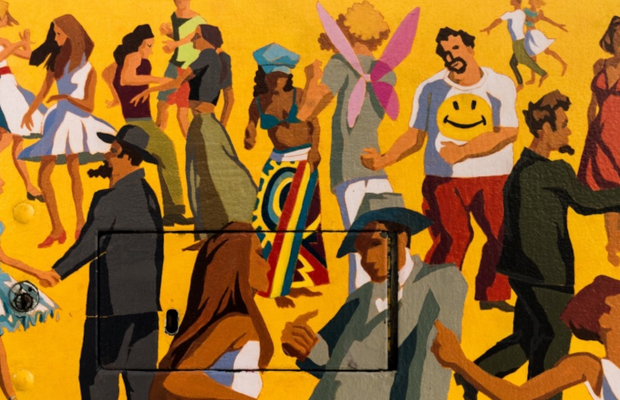 When American psychologists Kenneth and Mamie Phipps Clark first developed the Doll Test in the late 1930s, segregation was still alive and well in the United States. The test involved 253 Black children aged between three and seven years old. The children were shown two dolls, identical except for their colouring: one doll had white skin and yellow hair, the other had brown skin and black hair. Each child was asked to identify the race of both dolls, and choose the one they preferred to play with.

The majority of children, including Black children, chose the white doll with yellow hair, and discarded the brown doll with black hair. The Clarks concluded that Black children formed their racial identities by the age of three, and attached negative traits to that identity—partly due to prejudice and negative stereotypes.

It’s tempting to believe that things have changed massively since then. And, in some ways, they have. But when a filmmaker recreated the Doll Test in 2005, and CNN performed their own version of the Doll Test in 2010 using cartoons, their results were similar to that of the original Doll Test. Children were still more likely to associate light skin with positive traits, and dark skin with negative traits.

However, the preference for light skin was less dramatic in the more recent tests. And that movement of the needle is at least partly due to the changing ways that Black people are represented in entertainment and media. It’s an age-old truth: public depictions of a certain group can and will immensely affect public perception of that group. Throughout history, this fact has been used to harm countless minority groups—not always intentionally, but always effectively.

Writing in response to a planned movie depicting the terror attack in Christchurch, New Zealand, Mohammed Hassan reminded us that ‘When the ‘war on terror’ began,’ negative depictions of Muslims “went into hyperdrive, bolstered by a 24-hour news cycle that bartered in our misery, painting barbaric hordes of angry men dreaming of violence, humiliated women reduced to orientalist fantasies … and scheming two-faced immigrant communities plotting terror at the heart of Western civilisation.”

In a similar vein, the recent Stop Asian Hate movement has prompted serious and long-overdue discussions about the depictions of East Asian people in the media. These discussions are happening a full 50 years after Mickey Rooney’s blatantly racist portrayal of Mr. Yunioshi in Breakfast at Tiffany’s, which barely raised any eyebrows at the time. We’re thankfully living in a time when a white actor employing cartoonish ‘yellow face’ and a thick accent in order to play an Asian character is going to raise both eyebrows and ire. Because, to put it bluntly: we’re a lot less likely to put up with that shit. And the world is a better place for it.

What we find acceptable is changing. But so is our idea of ‘we’.

Moving beyond ‘us and them’

Western media, entertainment and advertising once catered to a fairly monolithic audience: white, wealthy, able-bodied, neurotypical, slender, and straight. Or that was the commonly accepted assumption, anyway. Our societies have evolved beyond that perceived cultural homogeneity, but our media consumption has been slow to follow.

As a discipline that focuses on engaging directly with the audience, advertising should really be leading this charge; instead we’ve been lagging as heavily as Hollywood, and in some cases falling behind. To be clear, many brands are taking the mission to represent a diverse audience seriously.

When Coca-Cola showcased an ethnically diverse crowd singing together in 1971’s 'Hilltop' campaign (also known as “I’d Like to Buy the World a Coke”), they struck a chord with an audience becoming increasingly disenchanted with the Vietnam War and internal division along political lines. There were so many radio station requests for the song used in the ad that a full song was actually produced, which went on to earn an estimated $80,000 in royalties.

Dove’s ‘Real Beauty’ campaign launched in 2004. And after nearly two decades of showcasing real, imperfect female bodies and associating them with positive notions of physical beauty, it has long outlasted the snide doubts of its detractors.

Ten years later, Guinness Africa’s ‘Made of Black’ campaign was just one of many that centred on and showcased the stories of Black athletes, focusing not only on their victories but also the challenges they overcame in order to achieve those victories.

Acknowledging the diversity of our audiences through representation is more than a moral choice. It’s also an obvious way to create a sense of empathy. It tells our target audience that “We see you, we hear you, and we understand you” … And hopefully does so in a more authentic manner than having Kendall Jenner hand a police officer a Pepsi.

More broadly, it shows an understanding of modern societies and of the complicated, interesting ways that those societies have evolved to include a plethora of identities. It performs the vital service of providing positive role models to young people of all backgrounds—something that the Doll Test proved we sorely need, not just in an American context but in any society that encompasses a multiplicity of backgrounds and identities.

It’s not about ‘playing diversity bingo’ or filling a quota; it’s about being bold enough to recognise the reality that we are all more complicated and interesting than our label, and the stereotypes associated with them. We need to see more people on screens of every size defying stereotypes.

More confident, self-assured people of size. More vulnerable, nuanced Black female characters. More differently-abled brides. More gender-neutral athletes. More active attempts to elevate each other and ourselves, no matter how difficult it might be to actually have the conversations around who we’re actually featuring in our campaigns, why we’re featuring these people, and who we think we’re talking to (versus who we’re actually talking to).

We need to be making decisions on advertising and content based on data, and it needs to be up-to-date data. Because our societies are changing rapidly, and we need to keep up. Not just with who we really are (more ethnically diverse and gender diverse than ever; physically larger than ever; more open about mental health issues than ever) but with how we relate to each other, how we portray each other, and what we are and are not willing to accept.

75 years passed between the original Doll Test and the 2005 recreation. We can only vaguely predict what society will look like by 2080. But with any luck, it’ll be one where we’re no longer clinging to outdated notions of who our audience is. It’ll be one where we recognise the value of visibility, the importance of empathy, and the basic truth that everyone wants to be seen and heard. One where advertisers can genuinely tell their audience: we see you, we hear you, and we understand you.