Brand Insight: How BBH China is ‘Tapping’ into Chinese Millennials for Harbin Beer 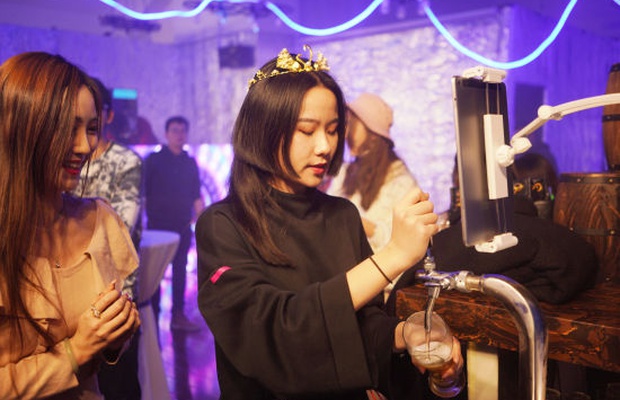 That first, legal sip of beer. It’s a massive rite of passage in cultures across the world, from Asia to Europe to the Americas. But with young people taking a more measured approach to alcohol than their late-millennial older siblings and Gen X parents, beer brands are facing new challenges.
In China, Harbin Beer is a brand that’s popular with young adults and, thanks to their collaboration with BBH China over the past five years, they’ve managed to grow the value and share of the brand. That’s come from getting ahead of trends and leading the way with pop culture phenomena like hip hop and gaming.
Just before the stroke of midnight on December 31st 2018, Harbin and BBH managed to create a talking point by zeroing in on one very special first pint. Tian Jimo was the last person born in China in the 20th century, and the last person in 2018 to turn 18 (the legal drinking age in China). Thanks to some AI innovation and a smart social approach, they made that ritual relevant again to hundreds of thousands of picky Chinese millennials.
LBB’s Laura Swinton spoke to Elvis Li, BBH China’s managing partner, to learn more about the local beer market, the ever-shifting passions of Chinese millennials and the challenges of working with facial recognition technology and twins.
LBB> How long has BBH been working with Harbin beer and can you tell us a bit about the brand and where it sits in the Chinese beer market?
Elvis> We’ve had the honour and pleasure of working with AB InBev in China on Harbin Beer for over five years now, and our relationship extends to a number of other brands in their portfolio in China and in Korea.
Harbin is the number three beer in China and, according to Millward Brown in 2017, it achieved the ‘most preferred beer amongst LDA (legal drinking age) consumers’ in China.
Additionally according the Global Report ‘Top 25 Most Valuable Beer Brands 2018’ Harbin Beer is ranked the number five most valuable beer (brand value) worth an estimated $3,539m (US). 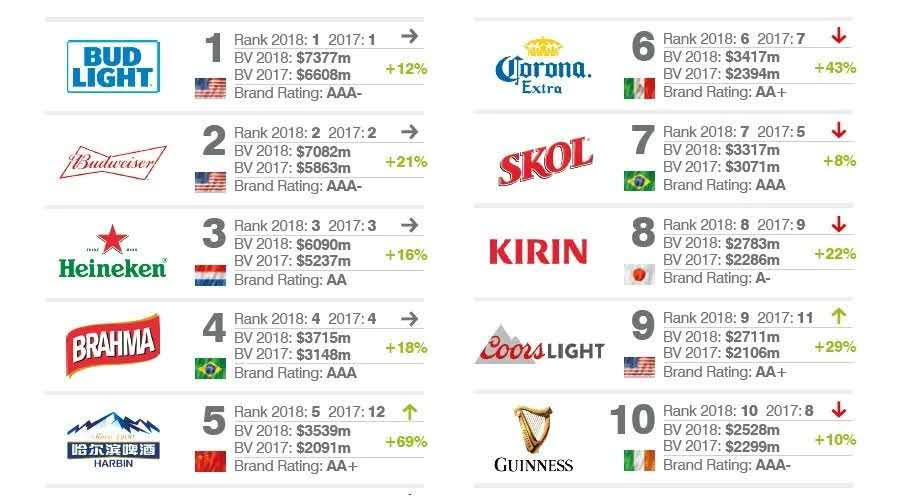 LBB> In Europe there's a big trend that's seeing the young people of Generation Z drinking less than ever, presenting a big challenge for beer brands as they come of age - what's the mentality and the situation in China among young people?
Elvis> Although the overall Beer Market has shown a small decline over the past three years, according to Daxue Consulting (7/2018): “Chinese millennials are more often drinking beer (91%), followed by wine (57%) and baijiu (31%)”.  Therefore our strategy to continue being relevant to Chinese youth has helped the brand counter the trend by increasing both the value and the share of Harbin Beer in China.
LBB> And what are the particular cultural elements that play into how you advertise beer in China?
Elvis> The ever-shifting tastes, interests and passions of Chinese LDA Millennials as well as their evolving media consumption habits is an ongoing battle of how we can remain relevant in the lives of our consumers. We are constantly watching, listening and talking to our consumers to not only keep our fingers on the pulse of what’s going or what’s important in their lives but to identify emerging opportunities to engage.
For example, we tapped into the then nascent growth of hip hop in China, long before there was a nationally successful television talent show promoting hip hop (and actually featuring our brand celebrities as hosts). With the explosion of gaming culture, we were one of the first beer brands to sponsor a Chinese gaming team. Lastly, with the government’s push to become a globally competitive football nation, there has been steady growth in football as both a participative and spectator sport, we spotted the trend and featured the world-famous Brazilian footballer, Neymar, in our 2018 summer campaign and activations.
LBB> Let’s talk about your most recent project for Harbin Beer – the beer tap that used facial recognition to bestow a lifetime’s supply of beer to Tian Jimo, the last person in China to turn 18. In such a huge market the decision to target one person is interesting - how did you go about amplifying that within the market?
Elvis> By playing to where our consumers are playing, focusing the entire campaign as a social media exercise and using the most popular platforms to engage and amplify.
LBB> Tian Jimo has an identical twin, Tian Jichu, the first person in China born in 2000 and the first person to turn 18 in 2019! Can the AI distinguish between the two?
Elvis> Unfortunately, that's the thing about facial recognition. It recognizes a face! So actually the device did work for the identical sister as well. But we thought that was an acceptable compromise since it was also her birthday too!
LBB> And what did the other twin make of the fact that they didn't get the lifetime supply of beer?!
Elvis> She was a pretty good sport, and in fact there's nothing to stop her tapping into her sister's supply. Not to mention, she has the fortunate title of being the first 18 year old of 2019!
LBB> From a tech perspective, how did you go about developing the facial recognition tap? What were the main challenges there?
Elvis> The biggest challenge for the facial recognition tap was that it had to work without ever having seen the real person before. Therefore we fed over two million images into the system for the machine learning, along with ten "correct match" photos (a mixture of Tian Ji Mo and her sister) That's over 250GB of data it had to process.
LBB> And what were the most interesting things that you learned in the process of creating the campaign?
Elvis> We felt the most amazing thing was that by directing the brand just towards one person, hundreds of thousands of people actually responded. That's hundreds of times more effective than Harbin’s standard social media posts. It just goes to show that when a brand acts differently, people do take notice.
LBB> How does this campaign feed into the wider brand platform for Harbin?
Elvis> Harbin Beer’s brand line is ‘Yi-qi Happi’ (Happi being a nickname for Harbin Beer in China), which carries the double meaning of “Happy Together’ or ‘Being Happy together with Harbin’.
So as with all we do with the brands we represent, if we are going to talk the talk, then we should walk the walk… And what better way to demonstrate being ‘Happy Together’ then by providing Harbin beers for someone’s birthday party and for years to come.
As promoting ‘responsible drinking’ is one of the core values at AB InBev, celebrating the fact that this young millennial refrained from drinking with her peers (who were already of legal drinking age) for one year was yet another cause for celebrating… and being ‘Yi-qi Happi’!