Bossing It: Paul Rhodes on Managing the Balance Between Chaos and Order

CEO of Dig Agency discusses creative bravery, learning to tune in and what people need to prosper 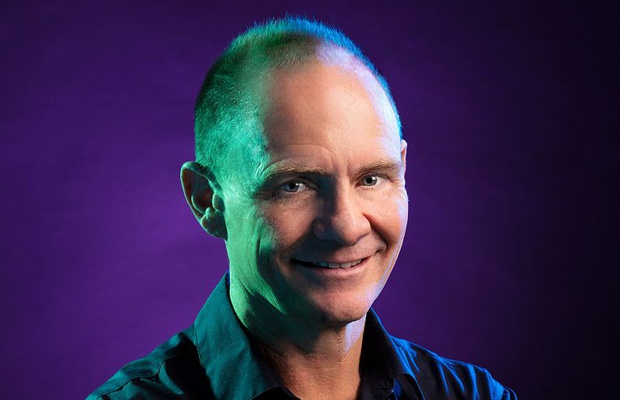 Paul Rhodes is based in Melbourne Australia and spent much of his career as a client side marketer in companies like Gillette, Arnott’s and Kraft prior to founding Dig Agency, and research agency T garage.

He brings a strong client and brand understanding to the creative process.

In his spare time he enjoys reading, playing guitar, swimming, watching AFL and cricket , and hanging out with his family.

LBB> What was your first experience of leadership?

Paul> Probably in sport as a kid, when I captained our local cricket team.

I remember working at Gillette and my first experience of an incredible leader was a guy called Fred Howard, a US expat, and came across as sales director. He was here on a mission to integrate all divisions of Gillette, and then take those learnings back to the US market. He was incredibly inspiring and energetic, hard working and driven. People had huge respect for him. Although we are very different personality types, sometimes I try and channel him, ‘what would Fred do?’ even to this day.

Paul> Probably only recently to be honest, when I finally worked out you cant be in control of everything and you need to trust people to get the job done. This involves making sure you have the right people and culture to support that way of working.

LBB> What experience or moment gave you your biggest lesson in leadership?

Paul> Probably the single biggest lesson came from my manager at the time. I was working in a marketing role, developing a brand plan, and felt I knew the answers and didn’t really understand why we were jumping through so many hoops, workshops etc. My manager said “people own what they help create”. That comment really stuck with me over the years. It’s so true. There’s no point imposing your will, as at the end of the day people will not rally behind it. People need to be involved in its creation.

It also means even when you might think you know the answer, giving people direction but only to the point where they can run with it .

In a creative agency it’s also important that the passion for creativity filters through every area of the agency, and doesn’t just live withing the creative department. It's important account management can talk clearly to the impact of creativity on effectiveness, and important that the team are viewing, discussing great work from around the world.

LBB> Did you know you always wanted to take on a leadership role? If so how did you work towards it and if not, when did you start realising that you had it in you?

Paul> I wanted to progress, was ambitious, and would push through obstacles. I’m not sure whether I ever thought about it in terms of a having a leadership role, or whether or not I had it in me. I always had a sense of belief in myself and an optimism that everything is figure-outable. It was probably as much a sense of needing to prove myself accompanied with a fear of failure that drove my motivation when I was younger..

LBB> When it comes to 'leadership' as a skill, how much do you think is a natural part of personality, how much can be taught and learned?

Paul> It’s more learned. Sure, when we think of natural leaders we think of confident extroverts, but I’ve come across many people of the opposite nature who are great leaders. So some may be more natural than others but the biggest difference is made when you are conscious as a leader in terms of what you say and do and its impact on the team. And from a practical perspective the team needs to be clear on where we’re headed, values and where they fit in achieving all of that – preferably they have played a role in shaping that plan. This doesn’t come naturally to anyone but more through being aware of the process to engage the team and in each team member understanding the role they play.

LBB> What are the aspects of leadership that you find most personally challenging? And how do you work through them?

Paul> Probably managing the balance between chaos and order in an agency. Between answering a brief well and creative bravery – sometimes they are the same thing, sometimes not.  Getting the strategy right is a good foundation. Giving people the time they need to create is another.

LBB> Have you ever felt like you've failed whilst in charge? How did you address the issue and what did you learn from it?

Paul> I feel the biggest failures for me happen when a good person leaves, and I didn’t see it coming. It’s happened more than once!

I’ve learned to be more tuned in, have informal conversations, catchups, walking meetings and just try and get to know people more individually, and to understand what people need to prosper (and stay).

The other aspect is failing to change the direction of the business well ahead of when you have to survive.

We’ve also done a lot around developing shared values with the team, and how they live those values in their role.

LBB> In terms of leadership and openness, what’s your approach there? Do you think it’s important to be transparent as possible in the service of being authentic? Or is there a value in being careful and considered?

Paul> I think being open is far stronger than being closed in terms of getting the best out of people. There’s rarely a problem that stems from overcommunicating. On the question of transparency I think a similar philosophy is good, more rather than less. Bearing in mind that agencies are made up of very different people with different motivations. Sometimes I’ll ask myself, in trying to weigh it up, what can be gained versus lost by sharing this information? What’s in this for a creative versus an account manager, how does that impact the message?

LBB> As you developed your leadership skills did you have a mentor, if so who were/are they and what have you learned? And on the flip side, do you mentor any aspiring leaders and how do you approach that relationship?

Paul> I’d say I try and lead by example, I have been involved in one on one mentoring, but not at moment.

LBB> It's been a really challenging year - and that's an understatement. How do you cope with the responsibility of leading a team through such difficult waters?

Paul> Yes it has. Thankfully our client base on the whole didn’t suffer financially and as a result we could operate with all staff, paid as per normal.

We did engage a mindfulness consultant during lockdown who ran a six week course for staff, (an hour a week) who took the team through coping mechanisms. All done online of course.  This really helped our team cope with the stresses associated with lockdown.

LBB> This year has seen the industry confronted with its lack of action/progress on diversity and inclusion. As a leader how have you dealt with this?

Paul> Well I guess at the age of 53, I’m a minority in many respects. Every month there’s a top 30 under 30 or similar and it really makes me think WOW I'm kind of out of the action! In this industry I believe age can be real barrier. To protect against this you’ve got to think less rigidly than what might come naturally, which is really about being open to suggestion.

And its everywhere, I recently took up guitar, and asked a guy in the guitar shop – how do I get better faster? There’s just so much stuff on YouTube, so many opinions etc. He looked at me and said "you could try re-incarnation". Very funny, I had to pay for that one!

Well… I’ve coped by getting older!  We employ a broad age group, and on average would be older than typical in the industry, valuing experience. We also have some young people in senior roles, because they are just so good. And, we've bolstered our female ratio of leaders. Four of the eight leadership roles are fantastic females. We have a diverse group of people, which brings empathy, understanding, and freshness to the table since brands are generally wanting to talk to diverse audiences. We have also implemented more generous policies around parental leave.

LBB> How important is your company culture to the success of your business? And how have you managed to keep it alive with staff working remotely in 2020?

Paul> Culture is so important, probably the most important  aspect of a creative business.

The turnover in the industry is huge and culture is a key driver of that.  When people in a business are under pressure, culture is what holds it together

We have shared values at Dig and we are clear individually and as a team how we live them.

We had regular communication each morning as a team and did some fun stuff during lockdown such as quizzes, lunches and drinks over teams.  We also ran the mindfulness sessions over a six week period using an external consultant.

We also run regular training, and do agency offsites quarterly. There’s no single thing,  it’s the combination of all of these that add up to something greater than the parts. People first.

LBB> What are the most useful resources you’ve found to help you along your leadership journey?

Paul> I like the Harvard business review, often some great articles in there. I’ve also enrolled in Mind Valley, which helps take a broader view of personal development and leadership. And I generally read a fair bit across blogs, listen to podcasts etc.

Post-it Brand Brings Back Collaboration and Creativity with Digital Campaign