Behind the Work: Handcrafting Christmas Joy with Michael Hill Jeweller 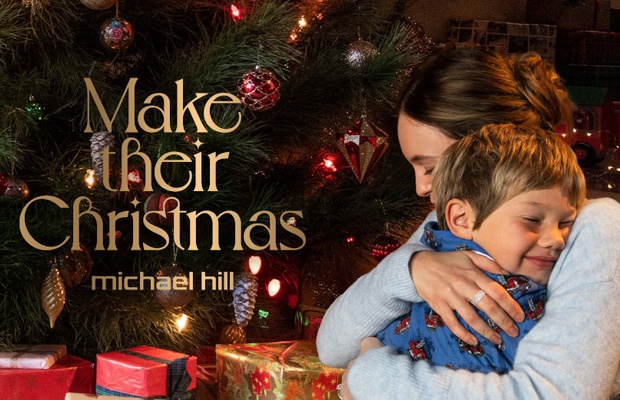 Last week Michael Hill Jeweller celebrated the joy of giving with the launch of their Christmas campaign in Australia, New Zealand and Canada. Made in collaboration with CHE Proximity, the campaign reminds us what is most important – appreciating those who you treasure most.
The campaign captures the selfless nature of the Christmas holiday season by telling us the story of young Archie who handcrafts gifts for all the special people in his life, from his next-door neighbour to his mum. With its homely feel and heartwarming storyline, the film provides its viewers with a few minutes of pure Christmas spirit. It reminds us, after a long period of hardship and disconnect, of the true meaning of human connection.
LBB’s Zoe Antonov spoke to Christy Peacock, senior creative at CHEP, about taking inspiration from Christopher Robin, shooting in a locked-down New Zealand and the creative process behind the campaign.

LBB> How did you come up with the idea for the campaign and what were the initial conversations surrounding it?

Christy> Early on we learnt strategically that the most meaningful gift is the one that is given with thought, effort, time, and love. Michael Hill approaches their jewellery making in the same way and we saw this as a direct reflection of this attitude. Giving jewellery is truly personal for both the giver and receiver. It has the unique ability to create a moment of true human connection. This is what makes jewellery the ultimate gift. This kind of thoughtful giving is something we learn from a very young age but tend to forget as the pressure of adulting makes us lazy. Archie’s loving attitude towards the people he cares about in his life reminds us of this.

LBB> Archie’s story of selflessness and love is heart-warming for any viewer. What emotions were you aiming to provoke in audiences with his story?

Christy> We wanted the audience to feel joy in the simple act of giving. It’s a Christmas fable that lets us focus on the pure joy of giving to someone you love and showing them how much you care.

LBB> Were there any big challenges you faced during the production process?

Christy> Because Michael Hill’s key markets are Australia, New Zealand and Canada, very early on in the script writing process we knew the film was going to have to be shot somewhere like the South Island of NZ. Arrowtown ended up being the perfect place to set this fable. We really wanted the film to capture the magic of Christmas as an escape from the realities of our everyday world. That’s why the world you see on screen is set with no cars, trucks, or other signs of modern-day life. In this post-pandemic world, we’re all looking to reconnect with what’s really important in our lives – the simple things.
All was going well until ten days before production started Queensland and NZ unfortunately went into lockdown. Thankfully Noah Marshall and Ngaio McCreadie from the production company, Larchmont, were already over there and this just meant the rest of us couldn’t join them in person. 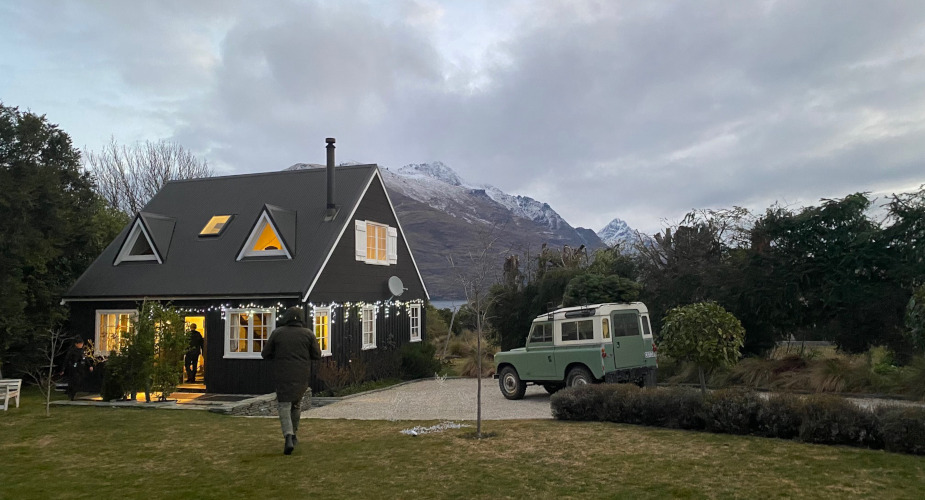 LBB> How did you go about selecting the track for the campaign and why did you think it fit well with the storyline?

Christy> A production like this always becomes very personal. ‘Only You’ by Yazoo was one of five other tracks we had nominated before we shot. All the tracks had different personal meanings to the team. After shooting the film we put Yazoo to the pictures and we all just looked at each other and knew it was the right vibe for the story, nostalgic and cool.

LBB> The lighting and setting throughout the film give a very homely and cozy atmosphere. How was that look achieved?

Christy> We wanted our story to be a magical, timeless one and very early on the reference point of Marc Forster’s film ‘Christopher Robin’ was raised. This reference directed all our lighting and production design choices. We ended up working with the actual colourist for ‘Christopher Robin,’ Sophie Friis Borup from Company3 in New York and remotely collaborated with her on the final grade and mood of the film.
If there were any positives out of Covid, learning to work with team members around the globe seamlessly has been one of them, giving local Brisbane productions access to great international talent like Sophie. Sophie works at Company3 New York but due to the pandemic she was with family in Denmark. She graded the film from her home, using the backend tech and system in NY, while Noah Marshall was directing from his home in Auckland, and Christy Peacock sat in in Brisbane, grading the film live on his iPhone. The time difference was really the only tricky thing about it.

LBB> In Archie’s story, he gives a few beautiful, handcrafted gifts to his closest people. Why was this important for the client to portray?

Christy> It was always important for us to show the generosity of spirit that we should all have for our loved ones during this period. The pure joy of giving rather than focusing on the receiving. And a lot of people don’t realise this, but Michael Hill hand craft a lot of their jewellery here in Australia and New Zealand. This was a great way to introduce to everyone the fact that Archie actually embodies the spirit of Michael Hill.

LBB> Christmas is a time of hope and after the past few months Australia has certainly needed some! What underlying message do you hope viewers take away from the film?

Christy> Show the people in your life how much they mean to you.

LBB> What have the responses to the campaign been like so far?

Christy> It’s early, but so far, the response has been great.

Christy> After a tough year for so many retailers, Michael Hill included, it takes a brave client to walk away from sales, price points and products – and do the exact opposite. We hope that people fall in love with Archie and his world as much as we have – and that it brings a little sprinkling of joy.